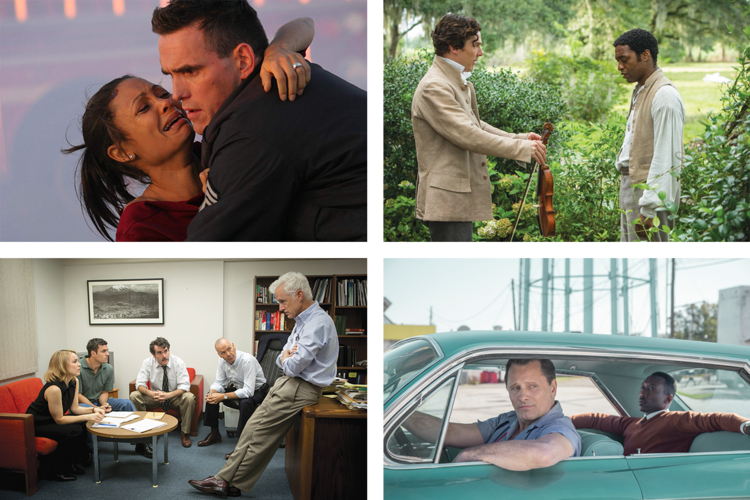 The fourth, easily the one with the slimmest payoff, is trying to psychoanalyze the Oscars. Even if you agree with the decisions most of the time, you don’t have to probe very deeply into the murk of Academy Awards history to be utterly baffled. How did last year’s “Green Book” ever become Best Picture? How did Martin Scorsese ever lose so many races for Best Director? How is it that neither Alfred Hitchcock nor Cary Grant ever won a competitive Oscar? There are some mysteries in life that will have to remain mysteries; given that there are now about 7,000 people in the Academy, the idea that you can discern a hive mind at work is a losing proposition.

Yet, we try. And after about 30 years of trying, the conclusion I have arrived at is that when the presenters open those gilt-edged envelopes on Oscar night, what they read out are not the results of capriciousness or envy or an inability to discern good from bad. They are very moral choices.

One of our great national pastimes is watching the Oscars. Another is complaining about the Oscars.

The morality may be suspect. But there is a conscience at work.

It should never be forgotten that the Academy of Motion Picture Arts and Sciences is out to protect the industry behind those motion picture arts and sciences. The organization was founded as an effort to derail the unionization of Hollywood and, as Calvin Coolidge sort-of said about America, the business of the Oscars is business. The fact that movies of unquestionable quality occasionally sweep the competition is coincidental. In a world of image-making, the image of the image makers is what is on the image makers’ minds.

And what exactly is that?

“Green Book” will go down as one of the most derided Best Pictures ever, alongside “Crash,” the winner in 2006. But what both films shared was a theme of racial reconciliation. “12 Years a Slave,” from 2013, certainly a quality picture, was about slavery and race at a time when #oscarsowhite was about to start giving Academy publicists nightmares, which meant it could not be ignored. The biggest screw-up in awards night history—the announcement in 2016 of “La La Land” as the winner and then the live, on-camera correction to “Moonlight”—probably gave the Academy hierarchy a coronary. Followed by a sigh of relief: Sure, it was a massive display of incompetence before tens of millions of people. But at least the Oscars had not overlooked an African-American masterpiece like “Moonlight.” (And this from someone who loved “La La Land,” too.)

My guess, and it’s only a guess (even if I was right all along about “Spotlight” in 2015), is that either “1917” or “Parasite” will take home the prize this year. Both have been winning along the campaign trail (Golden Globes, BAFTAs, etc.) The fact that Sam Mendes dedicated “1917” to his World War I-veteran grandfather doesn’t curb its chances. On the other hand, making “Parasite” the first foreign-language film to win Best Picture wouldn’t hurt the Academy’s brand, especially in this global-movie world.M

“Zero Dark Thirty” was toast as soon as it was suggested that the movie made an implicit endorsement of C.I.A. torture. Neither “Philomena” nor “Juno” were given much of a chance, maybe because they were perceived as pro-life movies; “Million Dollar Baby,” which was ultimately about euthanasia, won Best Picture. Oscar does not stray very far from what is often criticized as a liberal point of view: On Oscar night 2015, when everything else was going the way of “The Revenant,” the evening’s top prize went to “Spotlight,” which was a very decent movie about press freedom and, of course, the sexual abuse scandals of the Catholic Church.

If this all sounds like politics, it is. But as the lawyer Alan Dershowitz recently argued, if a president extorts another country on behalf of his re-election and thinks that re-election is the best thing for the country, aren’t his motives pure? Something similar goes on at the Oscars. If you are voting for movies that enhance your industry, isn’t that also being good? Isn’t it good to support your colleagues?

If this all sounds like politics, it is. If you are voting for movies that enhance your industry, isn’t that also being good?

We use the Best Picture category as a barometer of all things Oscars because that is the category in which all Academy members are culpable—various branches vote to nominate in their designated categories (cinematographers for cinematography, etc.), but the general membership nominates and votes for Best Picture. And the general membership is mostly actors. Which has led to what I have perceived as a phenomenon in the Best Director category, even if the evidence of a crime has to be considered strictly circumstantial: When an actor turns director, he has a pretty good shot of going home with a statuette.

Robert Redford won in 1980 for “Ordinary People,” beating out, among others, Martin Scorsese (for “Raging Bull”). Kevin Costner won in 1990 for “Dances With Wolves,” beating out, among others, Martin Scorsese (for “Goodfellas”). Mel Gibson won for “Braveheart” (somehow besting another actor, Tim Robbins, for “Dead Man Walking”). Ron Howard, who really hasn’t been thought of as an actor in about 50 years, nevertheless has won (“A Beautiful Mind”) and beat out David Lynch, Peter Jackson, Robert Altman and Ridley Scott to do it. Similarly, Clint Eastwood—actor-turned-director who is generally considered an actor-director—has won twice.

It seems like the only time an actor doesn’t become a Best Director nominee is when that director is a woman. (See Greta Gerwig’s omission for this year’s “Little Women.”) But is it immoral for members to protect their tribe, which in this case would be white male directors? Or to advance the careers of those you perceive as worthy, in this case white male actors?

It seems like the only time an actor doesn’t become a Best Director nominee is when that director is a woman.

The Gerwig “snub,” if that’s what it was, will be debated exhaustively, and if it really was rooted in the male chauvinism of the Oscar director’s branch then it wasn’t very moral at all. But the Academy set the stage for this kind of thing to happen when it expanded the Best Picture nominations to as many as 10, while leaving the director nominations at five; someone deserving is going to be left out. This year, in my opinion, that might better have been Todd Phillips (“Joker”). But Gerwig’s absence in the category—“Little Women” itself is up for Best Picture as well as other categories—might also be a legitimate choice about taste and craft.

Far more intriguing and possibly distasteful was the 2006 race referred to earlier. It was the year of “Brokeback Mountain.” The Ang Lee-directed drama seemed to have won everything (the website IMDB credits the film with 142 wins and 130 nominations). Lee won for Best Director. “Brokeback” also won for Adapted Screenplay and Original Score. But at the end of the night, when the time arrived for Best Picture, the title announced was “Crash.”

There are gay people I know in the film industry who will never be convinced that homophobia wasn’t at the root of “Brokeback Mountain’s” loss, the film being a gay love story. They may be right, and Oscar may have self-corrected—the last three Best Picture winners have all had homosexual themes.

But I could never help also wondering if voters believed that, by voting for “Brokeback Mountain,” they would be rendering the Oscars an afterthought. Diminishing their organization’s brand as the final word on movies. Making themselves irrelevant. There are reasons to pay attention to the Oscars if you care about cinema—films live or die by the results, careers are made or unmade or never made; even the kinds of movies we see can be influenced by what wins. But the fact that comedies almost never get any love at the Oscars is proof enough that they take themselves too seriously—and for all the wrong reasons. And that makes one wonder if we should take them seriously at all.