Review: Paul Mariani on why poetry sustains us 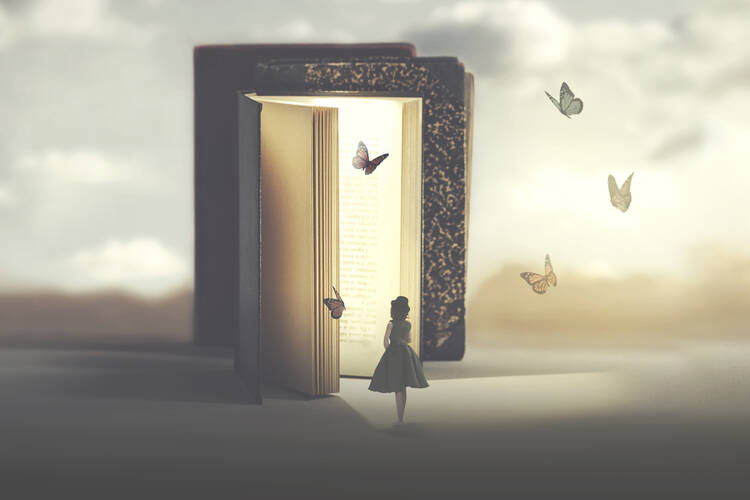 We click and scroll. And scroll some more. And hunger. And every once in a while, we come across an unassuming little poem that satisfies us in a striking and enduring way.

The poet Dana Gioia says that people read poetry to “illuminate their lives.” Ryan Wilson tells us that poetry has always been about “the health of the human spirit.” Something about the poetic form—condensed, radiant and multifaceted—reaches us in that interior space where the material and the eternal intermingle.

The Mystery of It Allby Paul Mariani

In his recent book, The Mystery of It All: The Vocation of Poetry in the Twilight of Modernity, Paul Mariani draws on wisdom from his literary career spanning half a century to examine this deep human yearning for poetic sustenance and its spiritual fruits. The book asserts the poet’s call to bear witness to “the Mystery of presence” in a time that often feels “unselved, untuned.”

The word “vocation” in the book’s subtitle evokes invitation and fulfillment but also responsibility and risk. Linked to our deepest yearnings and unique gifts, a vocation coaxes us out of complacency and urges us to share ourselves with others. When approached as a calling, Mariani says, poetry opens the writer to the “incomprehensible certainty” of mystery: the “face of God.” Writing becomes a form of adoration. Whether experiencing spiritual consolation or desolation, the poet reaches for God through wordcraft, trying to discern “God’s mysterious way of speaking to the world,” celebrating the numinous in the mundane.

For Mariani, Hopkins fills the poetic role informed by the Paraclete: consoling the disheartened, facing the world’s brokenness unruffled and beckoning the way to the beloved savior.

The “Catholic sacramental perspective,” as Mariani terms it, urges the poet to recognize in even “the meanest thing” some glimmer “of inestimable worth,” some sign of the Creator. With the Emmaus story in the Gospel of Luke as an anchor, the Christian poet sees with the “lens of companionship,” trusting in Christ’s accompaniment and, in turn, accompanying others. Much of the book reflects on the way different poets have carried out—and continue to carry out—this responsibility to accompany others journeying toward God.

Poetry’s enduring purpose, then, is to acknowledge the work of the Father, to share the salvific message of the Son and to ignite faith as the Holy Spirit does. Of all poets, the one whose work has filled this purpose most powerfully for Mariani is Gerard Manley Hopkins, S.J.

A while back I came across a video of Mariani reciting Hopkins’s “Carrion Comfort” during a presentation at the 2019 New York Encounter Conference, a three-day public cultural event. In the video, Mariani powerfully delivers the piece.

A beat of silence followed the final phrase, “(my God!) my God.”

When I first saw the recording, I thought, “Now that’s how that poem is meant to sound!” After reading The Mystery of It All, I realized why I found this performance so moving. It isn’t just that Mariani masterfully interpreted the poem in his reading (he did) or that “Carrion Comfort” is a masterpiece (it is). Rather, the power lay in this friend of Christ sharing a profound source of spiritual nourishment.

For Mariani, Hopkins fills the poetic role informed by the Paraclete: consoling the disheartened, facing the world’s brokenness unruffled and beckoning the way to the beloved savior. A substantial section of the book is made up of Mariani’s previously published essays examining Hopkins as a servant of God who courageously lived out the poetic vocation, at times amid bleak circumstances. Hopkins never knew that one day his works—generally regarded during his lifetime as odd—would speak clearly to the searching and disheveled modern mind.

We are used to thinking of poets in terms of their creative gifts, impact or style, but we don’t often consider a poet’s gift of self.

“Hopkins knew how generation after generation had seared all of nature with our excesses and failings because we continue to insulate ourselves from the living world around us with our own self-bent concerns and virtual non realities,” Mariani reflects. “But that was not how God saw the world, nor how Christ saw it. With Christ it was a matter of giving and then giving again, of spending himself until he had literally emptied himself.” Hopkins is, for Mariani, the model of one who follows Christ in this self-emptying. It is no wonder that that Mariani devotes substantially more space in this book to Hopkins than to other writers.

We are used to thinking of poets in terms of their creative gifts, impact or style, but we don’t often consider a poet’s gift of self. Mariani looks to Hopkins and sees first a priest’s offering to God. He sees an artist who let God transform suffering into “a thing of beauty for generations to come.” This thing of beauty, Hopkins’s body of work, brings us the good news “of God’s abiding love.” Weaving together poem excerpts, biographical insight and critical response, Mariani provides an excellent introduction for the reader new to Hopkins and edifying scholarly reflections for seasoned Hopkins fans.

Paul Mariani has dedicated himself to becoming the kind of person who can proclaim “a glimmer of the phosphorescent truth” in his writing.

The section of the book titled, “In Ordinary Time: Variations on a Theme in Modern American Poetry,” Mariani examines selected 20th-century writers who also sought the transcendent in the physical world, including Wallace Stevens, William Carlos Williams and John Berryman. Each voice featured in this section adds something unique to the great, centuries-long poetic conversation. Williams championed mindfulness, an attempt to see the “thing itself” amid the babble and chaos of modern life. Stevens helped readers steadily face “whatever social, political, and economic troubles humans of his time were compelled to endure,” even the modern era’s “eclipse of God.” Berryman candidly portrayed himself wrestling with doubt and acknowledging that we suffer for human sin, but “not forever.” Lamenting Berryman’s eventual suicide, Mariani honors the writer’s struggle to wrestle himself free from alcoholism and surrender to God. These chapters consider the many ways poets seek the “scintillant in the ordinary” when the world insists that there is only the ordinary.

Framing these essays on Hopkins and the American voices are chapters advocating faith-informed humanism in the literary arts. Mariani also celebrates—cautiously, hopefully—today’s renaissance of sacred poetry. He reminds us of the treasure trove of literature produced by the Catholic imagination. Each new contributor adds “to the larger edifice that has housed and still houses the Mystery, where a living voice still speaks, and where the Word still dwells as real presence.” There is power in Mariani’s reminder that poets are called not only to wonder but also to act: to serve the other, to give their all, to praise the eternal, living Word.

This book betokens Mariani’s lifelong gift of self through wordcraft and scholarship. He has dedicated himself to becoming the kind of person who can proclaim “a glimmer of the phosphorescent truth” in his writing. How stirring to know that “the work goes on for those for whom the Mystery continues to beckon and burn.” Today’s poets must pick up pieces, those “luminous shards,” and reverence the sacramental mystery in a post-reverence, “post-everything” age. They must say yes to an exultant, demanding vocation. Mariani’s book suggests that readers seek God in the modern age’s scattered fragments, pieced together in a dazzling mosaic of praise by poets who sense the great design.

This article also appeared in print, under the headline “Why poetry sustains us,” in the February 17, 2020, issue. 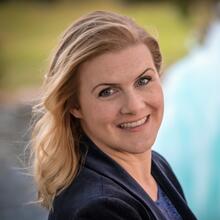 Lesley Clinton has won awards from the Poetry Society of Texas and the Houston Poetry Fest. Her chapbook of poems, Calling the Garden From the Grave, is forthcoming from Finishing Line Press in 2020. She teaches English at Strake Jesuit College Preparatory in Houston and serves as a board member of Catholic Literary Arts.