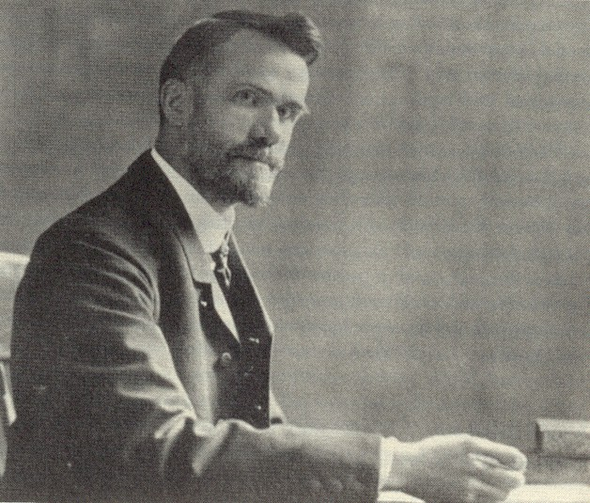 Fifty years after his death in 1918, the Baptist minister Walter Rauschenbusch taught revolution.

His key work, Christianity Revolutionary, written near the end of the 19th century but not published until 1968, connects Jesus Christ with the tradition of the Hebrew prophets, whom Rauschenbusch identified as “dreamers of Utopias.”

For Rauschenbusch, who preached for 11 years among the poor and disenfranchised in Hell’s Kitchen in New York City, what society needed was a revolution of faith, “a collision, an upheaval, a revolutionary movement” that would bring about the kingdom of God on earth.

His surprisingly modern ideas are given new life in Walter Rauschenbusch: Essential Spiritual Writings, edited and featuring an introduction by Joseph J. Fahey, co-founder of Pax Christi USA. These selected writings reveal Rauschenbusch’s intense focus on the “Reign of God,” as well as the promotion of the social gospel, his lasting theological contribution.

A philosophical influence on the government programs of the New Deal era, the social gospel extends the boundaries of theological inquiry, drawing Christianity into dialogue with psychology, history and sociology. Fahey wisely includes the first chapter of A Theology for the Social Gospel, a major work published in 1917.

“If theology stops growing or is unable to adjust itself to its modern environment and to meet its present tasks, it will die,” writes Rauschenbusch in a prophetic foreshadowing of the objectives of the Second Vatican Council.

The real strength of this volume, which includes 17 prayers written by Rauschenbusch, is how easily these writings relate to our current moment. Fahey uses excerpts from Christianity and the Social Crisis, which sold an astounding 50,000 copies and brought Rauschenbusch “instant fame” when it was published in 1907.

In this work, he defends laborers amid unjust working conditions and excoriates the capitalist system, advocating instead for socialism, which will “close the fatal chasm which has separated the employing class from the working class since the introduction of power machinery.”

Rauschenbusch, who saw poverty firsthand, has some tough words for the wealthy in his prayers: “We remember also with sorrow and compassion the idle rich, who have vigor of body and mind and yet produce no useful thing.”

Detractors would undoubtedly label Rauschenbusch an idealist, but for him, an essential part of Christian belief is the drive toward perfection. He understood the kingdom of God not exclusively as a destination in the afterlife, but that which “stands for the sum of all divine and righteous forces on earth.” These sentiments were echoed in the public ministry of Dr. Martin Luther King Jr., an intellectual heir of Rauschenbusch.

Distinguished by scriptural insights and theological rigor, this book reminds the reader of the defining features of the kingdom of God for Rauschenbusch: “the perils of wealth,” universality, nonviolence and love.

This article also appeared in print, under the headline “The prophet of Hell's Kitchen ,” in the February 3, 2020, issue.