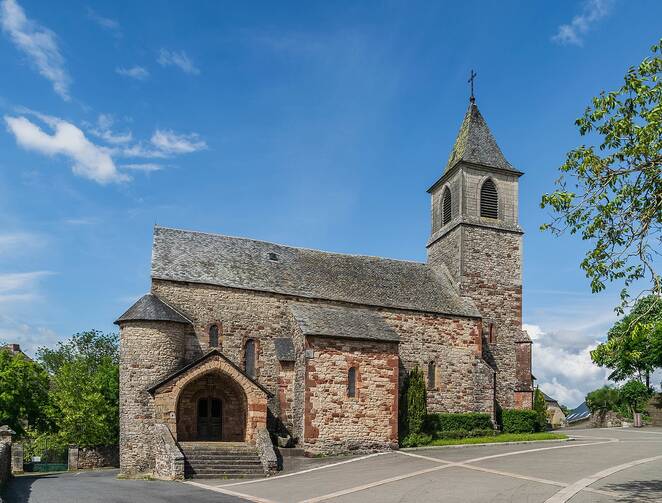 Sister Pauline Reyer’s life at a French convent appears peaceful. She tends a remarkable rose garden that draws tourists and their donations, and she cares for a stray dog, George Harrison, named after her favorite Beatle. She enjoys the respect of her sisters, particularly because of her decades-long acquaintanceship with a powerful Vatican cardinal who summons her on occasion for special assignments.

The Sacrament by Olaf Olafsson

But as Olaf Olafsson explores in his searing novel The Sacrament, surfaces deceive, and the contortions against truth necessary to retain outward placidity cannot be maintained forever.

Olafsson’s elegantly constructed novel begins with an arresting scene: a boy locked in a closet for punishment at a Catholic school in Iceland witnesses the parish priest falling to his death from the bell tower. To illustrate the dark forces that led to this moment, Olafsson skips back and forth through time.

In Sister Pauline’s youth, she discovers she is attracted to women, but never acts on her inclinations. As she explains, “not only were my feelings inappropriate, they were also unlawful, and things didn't improve when early in 1960 sanctions against same-sex relations were made harsher.” She studies theology at the Sorbonne as a way to wrestle with her beliefs but secretly falls in love with her Icelandic roommate Halla. Although Pauline never expresses her feelings, a young, ambitious priest who will become Cardinal Raffin perceives her struggle and uses this as leverage over her. Shortly after Pauline is consecrated as a nun, Raffin asks her to investigate an allegation of a priest’s abuse of a student in Iceland because she knows the language, thanks to Halla.

The crisp, understated prose of Olaf Olafsson's searing novel The Sacrament and the novel’s chilly Icelandic setting belie the burning tension that blazes under the surface.

Most of The Sacrament is set roughly two decades apart during Pauline’s second and third visits to the country of 10,000 Catholics. During her second visit, the priest from the opening chapter dies.

Olafsson’s crisp, understated prose and the novel’s chilly Icelandic setting belie the burning tension that blazes under the surface. The Sacrament is a novel about secrets, lies and power. It illustrates how predators choose uniquely vulnerable victims who cannot speak up without great risk, such as the son of a widow who relies on the accused priest for support.

The horrors of abuse remain offstage, barely spoken of, yet the entire book is haunted by them. It is sometimes difficult to ascertain when the Iceland chapters are set, but Olafsson’s design suggests the cyclical, ongoing nature of abuse and how its effects ripple out in time and warp everything they touch.

Sister Pauline is an endearing, wise character who fashions an abundant life despite unfulfilled wishes and lives as Catholicism prescribes, yet Olafsson suggests not all desires can be squelched. In Pauline's case, while she resisted “desires of the flesh,” she can never extinguish her yearning for justice. In the devastating conclusion to The Sacrament, as the powerful conspire to conceal truth, readers just might find themselves rooting for vigilante sin.

This article also appeared in print, under the headline “A nun uncovers searing truths,” in the January 20, 2020, issue.