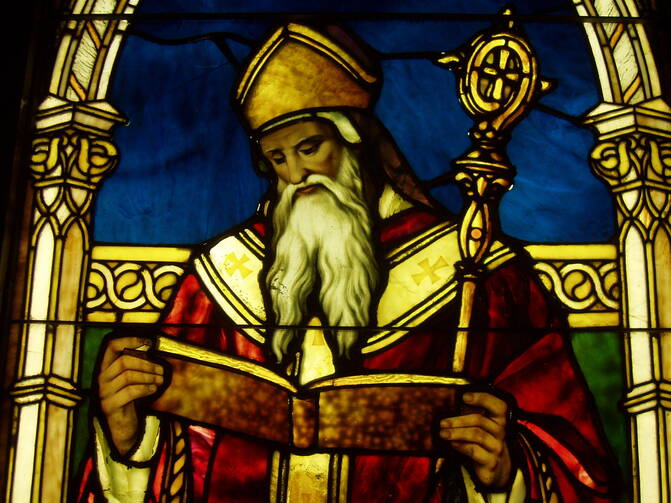 “A book Augustine has written about you,” James K. A. Smith calls his new offering, On the Road with Saint Augustine, as its purpose is to present Augustine as our spiritual mentor and his journey as instructive for our own. At first glance, I suspected I was the perfect audience for this book—a millennial, a Catholic and a devotee of Augustine (and, like the author, a Canadian to boot). But although the word “saint” appears in the title, the book seems to have been written largely with disaffected evangelicals in mind, those who have “been there, done that and left the stupid Christian T-Shirt at home.” Or perhaps—judging from the use of such phrases as “Sisyphean redescription”—disaffected academics. Despite the opening exhortation, which promises to renew our faith with “the strangeness of ancient struggles,” the book quickly begins to look quite trendy and familiar, more like Augustine’s curated Instagram feed than any book the bishop himself would have written.

On The Road with Saint Augustineby James K. A. Smith

For example, although Smith’s stated thesis is that our happiness is not to be found in “life on the road,” he repeatedly employs lush descriptions of his own travels (both actual and intellectual): of an authentic meal of lamb ragù he once ate in Tuscany, of his yearly pilgrimage to Los Angeles, of a busker near the Pantheon, of the Seattle Museum of Art, of—well, you can imagine the litany of FOMO-inducing social media posts. Augustine is inserted into this travelogue in one way or another, often accompanied by commentary from the likes of Camus and Heidegger. The book likewise features many clever and pithy turns of phrase, and is peppered with German words or a quote from Fleet Foxes; it is a hipster’s perfect storm. Smith is self-aware about issues of authenticity, to be sure, but to this reader, his attempt to present Augustine as a companion in our search for the real and the true—in a word, in our search for home—falls short.

The book features many clever and pithy turns of phrase, peppered with German words or a quote from Fleet Foxes; it is a hipster’s perfect storm.

That Smith makes Augustine cool, however, is not simply an aesthetic complaint. Although the book is clearly structured and inspired by Augustine’s life and his struggles, Smith at times seems to keep the real Augustine at a distance. For example, Smith comments that he could not encounter Augustine when he was cast as a theologian and a purveyor of dogma, despite the fact that sorting out what he ought to believe (and what he ought to reject) was essential for Augustine’s conversion. Our attentiveness to the realistic, human aspects of Augustine’s conversion need not compete with this point. Augustine the road-weary saint is also Augustine the theologian (and Augustine the pastor, for that matter).

In a similar vein, Smith did not find Augustine compelling when placed alongside Thomas Aquinas, but saw him in a better light with the help of Hannah Arendt. Although Augustine is certainly no medieval scholastic, he is even less of a German philosopher. Of course, there is nothing wrong with using our own language and categories to translate ancient insights into a modern vocabulary, as is clearly Smith’s aim (and an admirable one). But for this reader, who thinks that Augustine is pretty persuasive just the way he is, it was painful to see sources other than Augustine directly cited at greater length and more frequently than the bishop of Hippo himself. Another example comes from Smith’s chapter on sex. Although Smith is more sympathetic to Augustine’s view of sexuality than many commentators, he intimates that the Reformation is what corrected that view, reinscribing the modern notion that Christianity languished for a thousand years due to Augustine’s personal hangups.

In On The Road with Saint Augustine, James K. A. Smith writes that he is offering “a Christianity to consider before you stop believing.”

In his introduction, Smith writes that he is offering “a Christianity to consider before you stop believing.” Since we are speaking of Augustine here, a Catholic cannot help but ask: What “Christianity” does he mean? That of the Catholic Church? Of course, that is not what Smith means, leaving this reader with the impression that what is being offered is a kind of brand of Christianity, with Augustine’s story being levied for brand recognition or for an ancient flavor. But Augustine himself had been down that road, looking for a Christianity which was more intellectually palatable and aesthetically pleasing than the simple faith of his mother, Monica. The plain language of the Bible was an impediment to the conversion of our great rhetorician. But in the end, he moved home to live in a backwater of the Roman empire, to preach to a lukewarm audience and to remember that very pious mother of his every day at the altar. Augustine became a Catholic, a very unsophisticated thing to do from the perspective of Roman society.

Nevertheless, the wisdom and beauty of Augustine’s Confessions does still shine out: Augustine’s way of expressing the exile that is human life, the emptiness that is ambition and the character of our life as pilgrimage, as we travel to a home we’ve never visited (what Smith beautifully recasts as “refugee spirituality”). We also follow Augustine as he wrestles with the true meaning of freedom and liberation. We glimpse Augustine’s reliance on the sacraments, the prayers of his mother and his friends. Smith also shows great reverence for St. Monica, and uses her life to reflect on the complexities of motherhood and our relationship with own mothers. And so, if Augustine’s wardrobe being juxtaposed with that of Beyoncé or comparing the The Confessions with “The Thin Red Line” awakens in some people a desire to follow Augustine’s path, or gives them a new, Augustinian perspective on the faith, then this book can serve as a useful starting point for such a seeker. 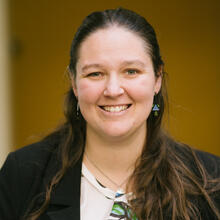 Elizabeth Klein is an assistant professor of theology at the Augustine Institute in Denver, Colo., and the author of Augustine’s Theology of Angels and God: What Every Catholic Should Know.