Review: When and where trauma and theology meet 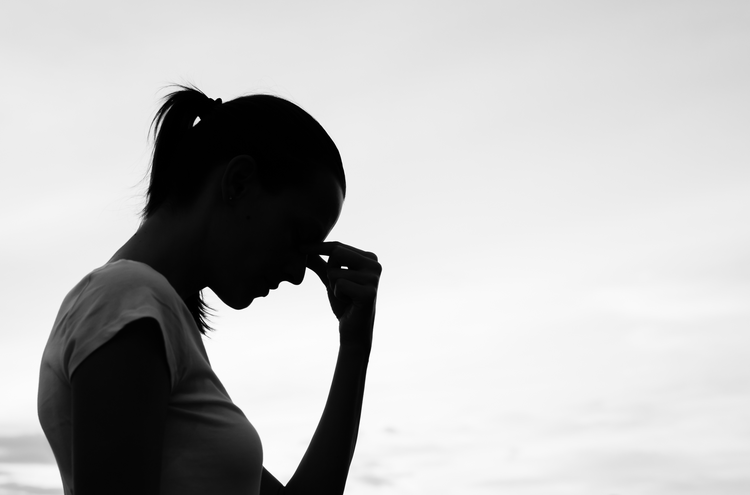 “I hated my body. It fundamentally let me down. The trauma of miscarriage, reproductive loss and infertility changed who I was, changed my whole life, and I blamed my body. My body had failed to do the one thing I felt, as a woman, it ought to be able to do.” With these words, Karen O’Donnell opens the final chapter of Broken Bodies, her book on trauma theology. “Months after my last ectopic pregnancy, one that cost me a fallopian tube and almost cost me my life, I lay, face down, on the cold wooden floor of the hallway of my home and screamed. I beat my fists on the floor, I bashed my knees. I made inhuman and unearthly noises. I threw things. I was so incredibly angry.”

As O’Donnell names her own experience of trauma, she reflects: “Why did God let this happen to me? The theology I knew gave me no answers.” Her experience of surviving and healing from trauma led O’Donnell to examine theologies of trauma and prompted her to write her own trauma theology as a “survivor’s gift that is offered as both a comfort and a challenge.”

O’Donnell, a research fellow in digital pedagogy and theology at St. John’s College, Durham University, England, directs her attention here not to violence perpetrated within the church itself, like ecclesiastical complicity in racism or the abuse crisis, but instead to a recognition of the many traumatized bodies within the body of Christ. She hopes that the work can serve as a gift to those who have suffered trauma and can offer potential pastoral implications for trauma recovery in an ecclesial and liturgical context.

In Broken Bodies, Karen O’Donnell directs her attention here not to violence perpetrated within the church itself, but instead to a recognition of the many traumatized bodies within the body of Christ.

Theologically, the traumatized body is the body of Christ, which demands theological reflection. The task of trauma theology is to reread the Christian tradition through the lens of trauma. O’Donnell names this task: “If trauma is primarily concerned with rupture(s), then so too am I.” Viewing the Christian tradition through the lens of trauma gives way to rupture within texts, doctrines and theologies, ultimately making “space for the construction of something that is new and fresh.” Given this approach, O’Donnell’s work is both project of ressourcement, examining the richness of the tradition, and one of construction, prompting new ways of thinking about ordained ministry, the sacraments and Mariology.

Trauma recovery, then, involves a response to each of these three ruptures. The survivor must establish bodily integrity. The survivor must make sense of the experience by constructing and remembering a narrative of the trauma. And, having been alienated from the surrounding world, the survivor must reconnect with society. Trauma is carried as somatic memory, with the body, not the verbal part of the brain, holding the memory of trauma. The healing processes of remembering in recovery must also, then, be bound to bodily experience.

What then is the somatic memory at the center of Christianity? What are the ruptures in the experience of trauma in the church?

What is the somatic memory at the center of Christianity? What are the ruptures in the experience of trauma in the church?

“The place in which body and memory come together, for Christians,” O’Donnell writes, “is in the celebration of the Eucharist.” While it may be an easy assumption that this memory is the violent crucifixion and death of Jesus, a brutal experience of traumatic suffering, O’Donnell argues that what is remembered in the Eucharist is instead best identified with the Annunciation-Incarnation event.

“The term Annunciation-Incarnation event is used in order to remind us that the Incarnation stretches beyond the one moment in time,” she writes, “and instead encompasses the whole of Christ’s life from the moment of conception, his birth, his childhood, his adulthood, his ministry, his death, and his resurrection.” In her examination of the early Christian church, this emphasis on the Annunciation is exactly what was said to be remembered in the celebration of the Eucharist. Indeed, if God became flesh in the Incarnation, then of course the Eucharist is a nonidentical repetition of that same God-becoming-human. This move connects Mary to the story of Jesus, confirmed by the work of early theologians who drew on natal and maternal imagery to communicate the incarnational memory of the Eucharist for the early church.

“The term Annunciation-Incarnation event is used in order to remind us that the Incarnation stretches beyond the one moment in time, and instead encompasses the whole of Christ’s life from the moment of conception, his birth, his childhood, his adulthood, his ministry, his death, and his resurrection.”

Given Mary’s fiat to collaborate with God’s work at the beginning of the Annunciation-Incarnation event, the priest acts in the role of Mary in addition to the role of Christ: “The priest births the elements as Mary birthed Christ.” And given that the Annunciation-Incarnation event has been identified as one of trauma, the Eucharist as nonidentical repetition is traumatic as well, as are the other sacraments. As O’Donnell observes, “All sacramental experiences cause ruptures” within the recipient. As a result, the reception of the Eucharist requires a new “assembly of self and reorientation of person in line with the Divine,” which “releases believers to mission as a recovery from trauma.”

O’Donnell’s theological reflection challenged her to come to terms with Mary’s embodiment in a new way, which ultimately “has meant naming her experience ‘trauma’. To become suddenly and unexpectedly pregnant as Mary did was surely a traumatic experience—frightening and puzzling.” This approach does not imply that Mary was victimized by rape but rather that her experience was a rupture of her bodily integrity “to make way for the flesh of another.”

Given Mary’s fiat to collaborate with God’s work at the beginning of the Annunciation-Incarnation event, the priest acts in the role of Mary in addition to the role of Christ: “The priest births the elements as Mary birthed Christ.”

It was an event that broke into her life suddenly and miraculously and one she could not fully understand. Consequently, Mary is a figure who must heal from trauma. And, as O’Donnell argues, she heals from it in ways that are typical of those who suffer from PTSD. She reclaims her bodily integrity and constructs a narrative that gives meaning to the Annunciation-Incarnation event through the Magnificat. Finally, she reclaims her world by offering a survivor’s gift of her trauma through the person of Christ carried within her.

Broken Bodies offers a significant contribution to theological reflection on questions of bodily rupture by taking experiences like miscarriage seriously—as well as by pushing for a theology that can ground ecclesial practices that support trauma recovery. Yet in a context in which we witness the trauma of the body of Christ in the harms of the Catholic abuse crisis, a question hovers in the background that is unanswered by O’Donnell’s text: What would a trauma theology look like that starts with the concrete experience of trauma rather than the “life-giving” event of the Annunciation-Incarnation?

This article also appeared in print, under the headline “This is my body,” in the September 30, 2019, issue.