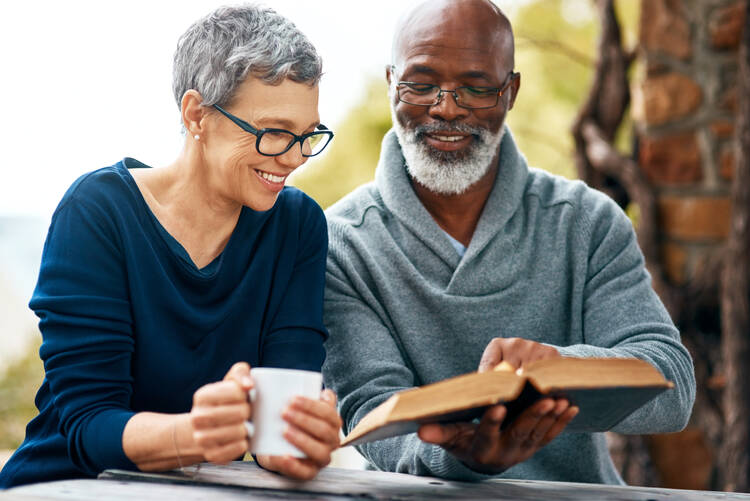 “It is not enough to read widely,” argues Karen Swallow Prior in On Reading Well, her recent book with Brazos Press. “One must read virtuously.” I confess that much of my own day-to-day reading is anything but virtuous, at least in the sense that Swallow Prior means it: reading closely, being faithful to both text and context, interpreting accurately and insightfully, making active choices to sit with a book in defiance of “the disjointed, fragmentary, and addictive nature of the digitized world.”

On Reading Wellby Karen Swallow Prior

Apologies, then, if you’re reading this on your phone. But her point is well taken. We profit from literature most when we shut our senses to the siren songs of so much of contemporary digital culture and focus quite literally on the words before us. Kudos to the author, too, for somehow fooling this unvirtuous reader into reading a book about reading books.

With this Fall Books literary issue, we offer writers and texts that we certainly feel are best read closely and conscientiously. The subject matter is varied, but the virtuous reader might detect affinities among different offerings. Many of America’s favorite fiction writers over the last century appear in Joshua Hren’s argument for preserving our Catholic traditions—philosophical, theological, aesthetic—in any attempt to write Catholic fiction. One of those authors appears again in Nick Ripatrazone’s reflection on Graham Greene’s The Quiet American. And Richard Doerflinger seeks to expand the definition of “Catholic novelist” beyond the canon with his appreciation of the popular writer Dean Koontz, an American Catholic novelist “hiding in plain sight.”

Another recent popularizer of religious themes is the theologian James K. A. Smith, whom America’s culture editor, Patrick Gilger, S.J., describes as “becoming something that is both envied and looked at askance within the academy...a popularizer, a public intellectual.”

The themes common to many of the writers above are also found in the poetry of T. S. Eliot, whose Four Quartets is the subject of Lisa Ampleman’s critical reflection. Eliot’s legacy is not uncontested among critics and poets, Ampleman notes, but his poems can still be a source of spiritual renewal, as long as one reads with “a clear eye on the background of its poet and a grain of salt.” Eliot is joined in this issue by two other poets whose work we are featuring for the first time: Taylor D’Amico with “Echoes” and Sarah Law with “Joan of Arc in Her Prison.”

Joan of Arc is not the only saint to appear in these pages. The emeritus editor of America Raymond A. Schroth reviews Elizabeth Ann Seton, Catherine O’Donnell’s biography of the first native-born citizen of the United States to be named a saint.

Some multitext treatments include a review by Jonathan Malesic of two scathing critiques of the contemporary workplace (trigger warning: You might find out your job is pointless), as well as Jordan Denari Duffner’s review of two books that can offer nuance and depth to our understanding of Islam. In addition, Kerry Weber, an executive editor of America, revisits the creations of one of her own “all-time favorite authors and illustrators of children’s books,” Tomie dePaola.

“It is not enough to read widely,” argues Karen Swallow Prior in On Reading Well. “One must read virtuously.”

In his review of Michel Foucault’s fourth volume of The History of Sexuality, called Les Aveux de la Chair (The Confessions of the Flesh), a former America associate editor, José Dueño, S.J., puts his French to use studying a scholar whose influence once spread far and wide in the academy. Eve Tushnet, meanwhile, offers a fascinating appreciation of the famous American crime photographer known as Weegee in her review of Christopher Bonanos’s biography Flash, and Kaya Oakes gets a chance to write on her hometown of Oakland in her review of Tommy Orange’s debut novel There There.

We also update our readers on our two recent selections for the ever-growing Catholic Book Club: Jesus of Nazareth, by Gerhard Lohfink, and Dagger John, by John Loughery. We’re also well into our online discussion of a new book, Kate Bowler’s stirring memoir about her cancer diagnosis and its aftermath, Everything Happens for a Reason.

Speaking of book clubs, our Last Word in this issue is, appropriately enough, by Ellen B. Koneck on how joining a book club with friends taught her how to read for fun again.

This article also appeared in print, under the headline “On Reading Virtuously,” in the Fall Literary Review 2018, issue.