Flannery O’Connor and the Catholic editor who nurtured her career 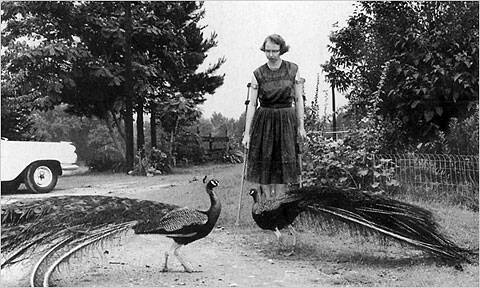 Robert Giroux published many well-known authors over his long, distinguished career, first at Harcourt Brace and later at the firm that would bear his name, Farrar, Straus & Giroux. T. S. Eliot, Thomas Merton, Madeleine L’Engle, Robert Lowell and many others all wrote and learned from Bob, their redoubtable editor and confidant. In this new and perceptive study, Patrick Samway, S.J., details Giroux’s “publishing partnership” with Flannery O’Connor, one that has a special poignancy because of their shared Catholic faith and the limited time they had together.

Samway, a former literary editor of America and the author of a biography of Walker Percy, draws from letters to paint a picture of an editor and a writer who rarely met in person but who nonetheless forged a close bond. Giroux was ever attentive, telegraming O’Connor with good news and promises of letters to follow. And he was unusually patient, allowing O’Connor to make edits up until the very last moments of production, a habit that drives most editors batty. Giroux recognized in O’Connor a true artist with a unique voice, and did all he could to nurture it.

O’Connor died in 1964, after publishing two novels and two collections of short stories with Giroux. Giroux would help promote her legacy by publishing her complete stories posthumously and editing the widely praised letters collection The Habit of Being. Samway’s book provides a detailed look at what it takes to be what Giroux called “a genuine editor”—not someone who acquires a book, or line-edits it, but helps the author to look at it as a whole and advise on structure, balance and pacing. An editor, Giroux believed, must have “judgment, taste and empathy.”

Grace and the Grotesque: Flannery O'Connor on the page and screen
Jon M. Sweeney

Samway is a valuable guide to O’Connor’s theological influences, particularly the Jesuits William Lynch and Pierre Teilhard de Chardin. In an astute postscript, he locates her in the midlands between the two Vatican councils, describing her as someone who imbibed the mystery of the faith at the Latin Mass, but also intuited Vatican II’s vision of a pilgrim church.

Her characters are “people filled with marvelous foibles,” he writes, “on a pilgrimage, holy or otherwise, and in need of conversion.”

This article also appeared in print, under the headline “Two of a kind,” in the July 9, 2018, issue.