A theologian targeted by the Vatican defends religious pluralism 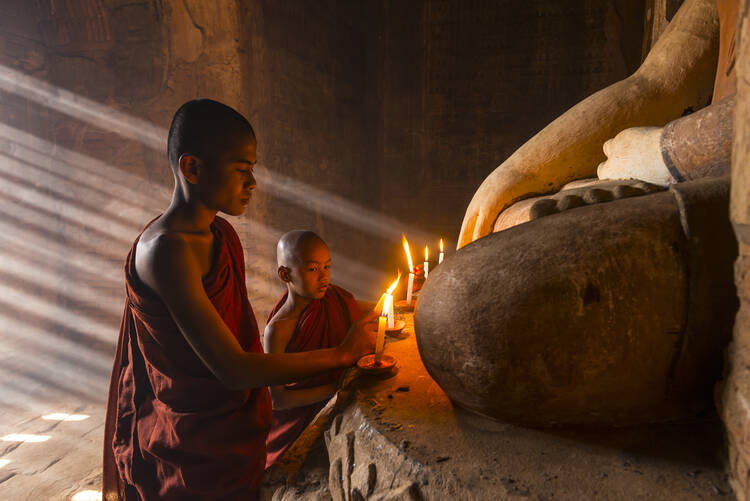 In September 2005, the Georgetown University professor the Rev. Peter C. Phan received the kind of letter no theologian wants to get: one from the Congregation for the Doctrine of the Faith. It came with seven pages of legal-size documents raising questions about the doctrinal correctness of his 2004 book, Being Religious Interreligiously: Asian Perspectives on Interfaith Dialogue.

The letter suggested that Phan, who holds the Ellacuria Chair in Catholic Social Thought at Georgetown, was at best “confused” and at worst incorrect about certain official teachings of the church. The C.D.F. requested he correct the “problematic points” through a separate published article, and that he instruct Orbis Books (his publisher) not to reprint the book.

The C.D.F. requested he correct the “problematic points” through a separate published article.

Phan went one step further. To clarify and defend his book, he wrote another: The Joy of Religious Pluralism: A Personal Journey. A good chunk of this book—perhaps too much—is a protestation of the unfairness of the accusations of the C.D.F.. In the opinion of the congregation, Phan’s 2004 book did not adequately profess Jesus Christ as the unique and universal savior, or the role of the church as the sign and instrument of salvation. Phan’s response is not to deny those teachings but to suggest there is a divine spirit that is present and at work “always and everywhere in human history.”

What Phan allows is that this divine spirit is actively present in non-Christian religions in and through the Holy Spirit. “To that extent, these religions may be regarded as ways of salvation,” he writes. That is not to say there are not significant differences between some Christian beliefs and those of other religions. “What it affirms is simply that there are resonances between them, which a sympathetic, open-minded, humble-hearted listening-in-dialogue can discern,” he says.

It is perhaps not surprising that such thoughts come from someone who grew up in South Vietnam in a culture steeped in both Catholicism and Buddhism, where many people experience what the author calls “multiple religious belonging.” Like many great thinkers of the past, including Thomas Merton, O.C.S.O., and Joseph Campbell, Phan seems to recognize that the mystery of God transcends individual dogmas. We need not fear losing our theological moorings by acknowledging that other religions also contain truth and just might have something to teach us.

“What it affirms is simply that there are resonances between them, which a sympathetic, open-minded, humble-hearted listening-in-dialogue can discern.”

The Joy of Religious Pluralism reminds us of the thicket we as believers enter when we try to state as empirical, incontrovertible evidence what are fundamentally matters of faith. The church as a whole, “much less the hierarchical magisterium by itself alone,” cannot grasp the vastness of God, Phan states. The church likes to use terms like unique, singular, and absolute, but “[w]e can and should understand those terms—unique, singular, alone, exclusive, universal and absolute—in ways that do not make them sound like they are making an empirically verifiable statement,” Phan notes, “or denying the many and diverse ways in which Divine Spirit can and does work in the world.”

In one of the more affecting passages in a book with a great deal of complex theological examination, Phan describes his visit to the famous Wat U-Mong temple on the outskirts of Chiang Mai, Thailand. On a side altar sits a statue of Kwan Yin, commonly known in English as the “Goddess of Mercy,” whom many Asian Catholics regard with the same reverence as the Blessed Mother. Phan observes a young woman seated in the lotus position, in silent, bowed prayer, sitting as still as “the unrippled water in an autumnal pond.” The sincerity of that woman’s devotion moves him to pray to his Christian God. He describes this experience and countless similar ones he has had in his explorations of other faiths as blessings: “I consider them to be God’s gracious gifts, as precious as the gift of Christian faith.”

The Practice of Penance
Peter C. Phan
And thus Phan concludes his defense of living “interreligiously.” God is greater than our hearts, he writes, and our concept of God can be “ridiculously small.” The book ends with Phan’s observation that under Pope Francis’ leadership, his earlier book probably would not have run into criticism. But then we would not have had this story of Christian faith in the midst of religious pluralism. Phan recalls that his 83-year-old mother could not sleep at night when she learned her son was being “investigated” by ecclesiastical authorities. With the help of this book explaining his journey toward interreligious coexistence, his mother is hopefully sleeping more peacefully.

This article also appeared in print, under the headline “In Search of the Divine Spirit,” in the Fall Literary Review 2017, issue.

Judith Valente, a regular contributor to NPR, is a journalist, poet and essayist.