Can we overcome racism? Ta-Nehisi Coates grapples with white backlash to the first black president

Can we overcome racism? Ta-Nehisi Coates grapples with white backlash to the first black president 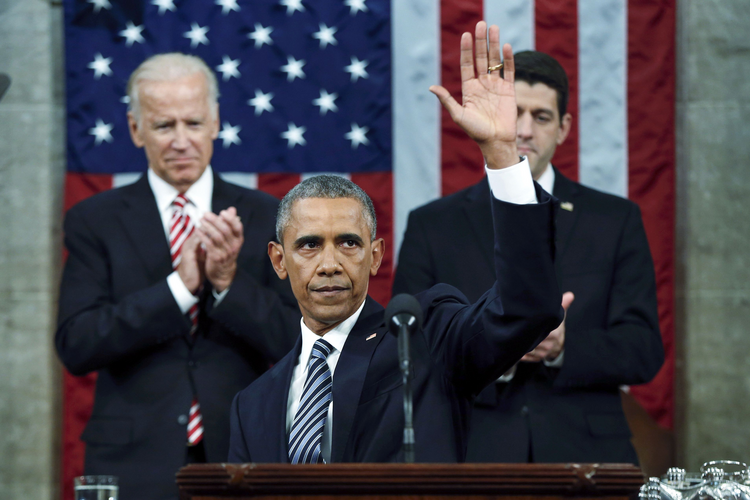 U.S. President Barack Obama waves at the conclusion of his final State of the Union address to a joint session of Congress in Washington on January 12, 2016. (CNS photo/Evan Vucci, Pool via Reuters)

One of the tragic ironies of Ta-Nehisi Coates’s latest book is that the same historical event he argues propelled him to success also unleashed the resurgence of white supremacy in the mainstream of American politics, culminating with the presidency of Donald Trump. This catalyzing event was the presidency of Barack Obama. Primarily a collection of Coates’s major essays for The Atlantic since 2008, We Were Eight Years in Power is an extended reflection on the Obama era.

We Were Eight Years in Powerby Ta-Nehisi Coates

Coates stitches his previously published material together with short reflections on where he was in his life at the time of writing. As we follow the country from the premature hailing of “post-racial” transformation to the aftermath of the 2016 election, Coates tells the story of how he went from a struggling unknown to one of the most widely read writers of our time. Yet even as his personal fortunes improve, Coates becomes increasingly worried that the violent history of white backlash to progress among African-Americans is repeating itself. This book is his warning and a sort of “I told you so,” though Coates clearly takes little pleasure in having to say it.

This book is a sort of “I told you so,” though Coates takes little pleasure in having to say it.

The title is taken from the 1895 plea of African-American Congressman Thomas Miller against the then-emerging Jim Crow laws that would restrict the rights of nonwhites to participate politically. Miller referred to the “eight years in power” of the Reconstruction era of 1865-73, when newly emancipated slaves could freely vote and run for office. He pointed out that during those eight years, African-Americans had proven themselves worthy of participating in self-government. The white South was unmoved; Miller would be one of the last African-Americans to represent a Southern district in Congress until 1972. The African-American generation that had fought for its freedom would live to see that freedom lost. Coates, like W. E. B. Du Bois before him, argues it was precisely the “good Negro government” that Miller cited that threatened the South the most. It was the reality that African-Americans could contribute, could vote responsibly and could serve well in elected office that most threatened white supremacy.

Coates argues that this is exactly what happened during the presidency of Barack Obama, another “eight years in power” for African-Americans. It was Obama’s success more than his failures that motivated the fierce and bitter backlash to his policies and his party. Coates argues that this backlash culminated in the presidency of Donald Trump, the anti-Obama, whose presidency serves only to “redeem” Obama’s in the eyes of white men and to reassert the supremacy of white men over all others.

Fear of reliving what African-Americans of the Reconstruction era experienced looms large over the entire book. Coates warns that the breaking of the highest racial barrier has not vanquished racism, it has emboldened it.

It was Obama’s success more than his failures that motivated the fierce and bitter backlash to his policies and his party.

The book is at its best and most relevant when exploring the multitude of ways in which black people have navigated, survived and resisted racism over the centuries. Coates lets us intimately witness his struggles with his own pessimism about African-Americans’ place in the United States when faced with Obama’s optimistic vision of inclusion. Coates argues that Obama was successful because of his ability to trust whites, a skill Coates argues is rare among African-Americans, particularly the politically active. However, Obama’s ability to see the best in all Americans and to ask us to see the best in ourselves also left him unable to imagine the scale of the backlash. Coates’s experience and knowledge of American racism left him in disbelief that a black presidency had even happened, so he foresaw a backlash from the very beginning.

For those like myself outside the white-black binary, the book leaves questions about where exactly in this “American tragedy” of racism, reconstruction and redemption we fit in. It is perhaps unfair to ask Coates to address every people’s experience in this work; after all, Coates is already grappling skillfully with the biggest questions of American history and identity. We Were Eight Years in Power forces us to recognize that perhaps everything we love about this country is irreversibly interwoven with acts of hatred and oppression that fly in the face of everything this country claims to believe. For whites especially, the book is an examination of the Faustian bargains of American history that defined white identity and have given white Americans the relatively privileged position in this country that they enjoy. Coates invites white readers to count the cost of that privilege.

The closest Coates comes to offering his own solutions is in “The Case for Reparations,” first published in The Atlantic in 2014. There is no doubt that the wealth of the United States is built on the plunder of black and indigenous communities. Coates’s greatest contribution to the national debate around race is the idea that the racial inequities that result from our history must be addressed specifically, and not just as part of larger, universal social programs. With the Democratic Party in disarray, he condemns white leftists, progressives and centrists alike for not tackling racial injustice head on in the racial terms these injustices are expressed. At one point he wonders, “What if there is no hope at all?”

As in his previous work, Coates captures in beautiful, haunting language the suffocating realities of existing, living and dying in racism’s clutches. By beginning from a place that sees black life as dignified and not inherently disposable, Coates manages to express what few writers, and no white writers, have been able to: the pain, physical and embodied as well as emotional and intellectual, that racism causes. As the country grapples with racial divisions, hatred and the failures of our history, this book is mandatory reading.

Can someone explain to me why President Obama is often called the
first "Black" American President when his mother was of "European"
descent and his father was from Kenya.

Given the President Obama did not have any ancestors who were slaves
is he not rather like the first "Irish Prime-Minster" for Ireland before 1919 ?

In short a man born in Ireland who mother was English and who father
came over from Scotland and they married and settled in Ireland.

President Obama was a step, a mild step, toward having an "African American" President.

My problem with Coates is that he is a terrible historian, i.e., according to him everything is just as bad now as it was in 1807 or 1927. White liberals gush over Coates since his critique requires little, if anything, from them since he offers a string of claims that are short on history, tactics, or coalition-building (Black Americans, after all, constitute 12 percent of the US population).

Opting Out
2 years 4 months ago

We are more concerned in our community with the sky rocketing rates of black on black violent crimes. Our black friends at work, church and school discuss the violent crime taking place of black vs black, yet, where are the civic leaders, the black religious pastors or social warriors defending the defenseless black women and children from predatory black absent husdands / fathers, gang members extolling the objectifying of black women via violent trash music or young men who lack a stable homelife?

Obama did nothing for black Americans and less still for “e pluribus unum”. Geraldine Ferraro was right about Obama. She would have made a far better US President than Obama and Hillary combined.

I was appalled by the Las Vegas shooting. A fatherless white man opens up randomly on a country western concert. I guess that was white-on-white crime. Then there were the two world wars of Europe. My oh my!

Both world wars involved people of all races and ethnicities. Didnt you read US History or did you attend UC Berkeley?

I read enough history to know Germans, Russians, Jews, Poles were all white. If you like Trump so much, put out a russian flag on flag day, traitoress.

Stanley
Once again you shout and rage like the infamous Stanley Kowalski....but screaming "Traitoress" instead of "Stella". By the way your supposed litany of ethnicities in the World War conveniently avoided including the Japanese, the Chinese, the Burmese, the Manchurians,the Hawaiians , the Indonesians etc , etc

Antonio,
You write very well but you write from a naive perspective:

a) Obama was no more "Black" than he was "White" and grew up
in a White culture far more than he grew up in a "Black Culture".

b) You have not read every single book by "White" writers on what
it is like to grow up in absolute poverty and prejudice against your
ethnic background/accent. Therefore you should retract your
claim saying no "White" writer can and cannot do, has or has not done.
In classifying writers as "Black" or "White" you are creating "racial"
categories that defeat your cause.

c) As for "White" Backlash - prove it.
Hillary is "White" and Trump is "White" wherein the backlash by
"Whitey" ?

The real problem as mentioned is that rich liberals are willing to
dimiss poor whites, just as willingly as they dismiss Poor African Americas, Hispanics, Native Americans...after all America Magazine
in located in Manhattan on the Avenue of the Americas not in Newark.

Thank you for your sanity. I can hope better from this publication tomorrow!

This article also appeared in print, under the headline “Can we overcome racism?,” in the November 13, 2017, issue.