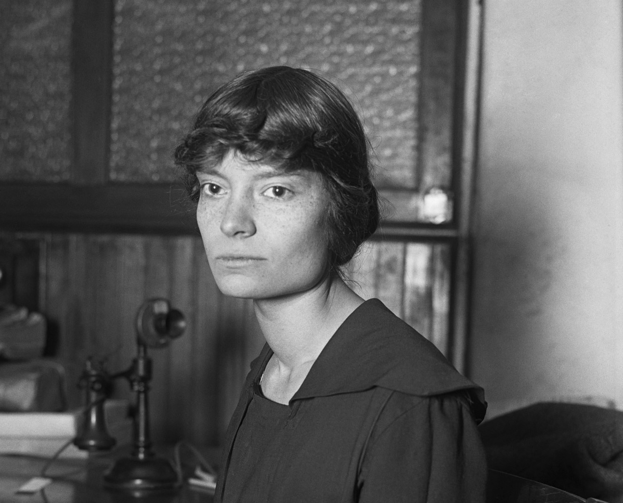 If anything, wealth ensures that the wealthy can live apart from ugliness: the ugliness of pollution, congestion, squalor or violence, as well as untreated physical and mental illness. Wealth insulates the wealthy from experiencing inconvenience, hard labor and gnawing hunger, from long Greyhound bus rides or the grueling work of subsistence farming in a difficult climate. Wealth allows the wealthy to live apart from these ugly human realities that the vast majority of human beings daily endure. Such a separation seems to drive modern American life: amass wealth and leave behind the ugly realities and inconveniences of human poverty.

Dorothy Day: The World Will Be Saved By Beautyby Kate Hennessy

The trajectory of Dorothy Day’s life ran the other way. Propelled by the beauty she found in her faith, in nature, in the desperate women and men that came to the Catholic Worker—and in the life of Peter Maurin—Dorothy Day immersed herself in urban and rural poverty. She took on ugliness and found beauty, even where beauty did not exist.

Kate Hennessy’s biography and memoir, Dorothy Day: The World Will Be Saved by Beauty, speaks of beauty often, much more often than of saintliness or holiness or politics or religion. Beauty is the medium through which Hennessy describes her mother and grandmother. She offers a wonderful passage from her own experience of her grandmother in the summer of 1977. Kate depicts her grandmother sitting at the beach: “Dorothy was thin, and her face was soft and gaunt with the delicate cheeks of the aged. She wore a soft gray cloth hat to protect her from the sun, a long gray skirt, a cotton paisley blouse, and sensible shoes, the only new item of clothing she ever had” (p. 295). Kate continues and marvels at Dorothy’s ability to see beauty in a Staten Island waste: “The inlet was littered with garbage. All I could see was degradation, while Dorothy on seeing the clover and Queen Anne’s lace would exclaim, ‘Beauty in the city!’” (P. 296).

Beauty is the medium through which Kate Hennessy describes her mother and grandmother.

Underlying beauty in this story of Dorothy Day and her family—she had a large, sprawling family—are meaning and love. The beach where Dorothy sat toward the end of her life, littered with the ugliness of industrial pollution, was the same place where she had long ago fallen in love with Forster Batterham, the same beach whose beauty “had helped lead her to faith” (P. 297).

Going back through Dorothy’s life, Hennessy writes that Dorothy, in the 1930’s, “had found her own answer to the world’s ills through starting the paper, the house of hospitality, and the farm, but it was not easy. People came to the Worker and could not endure it—the lack of room, lack of peace and quiet, lack of beauty, lack of money, and they left” (P. 109). Dorothy remained because she saw beauty in the Catholic Worker’s ability to enact the corporal works of mercy and to initiate a thoughtful, reasoned and Catholic conversation about poverty.

In the 1940’s, Hennessy sees in her grandmother a harsh rejection of beauty—material beauty—as a result of the influence of a Jansenist-leaning spiritual director named Father John Hugo. While Dorothy was attracted by the asceticism of Father Hugo’s retreats, others were repulsed. Stanley Vishnewski, who came to the Catholic Worker in 1934 and stayed his entire life, rejected the philosophy underlying Hugo’s spirituality: “Stanley drew the line at being told he who loves the world is an enemy of God. ‘What kind of a religion is this where God creates beauty, and then tells us you can’t have it?’” (P. 128). Hennessy argues that Dorothy’s attraction to Father Hugo’s ideas led to her fraught relationship with her daughter, Tamar. She writes, “Tamar was asked to give up Dorothy the mother for Dorothy the saint” (P. 132).

Dorothy’s immersion into poverty and its ugliness shapes Tamar’s life and the life of Tamar’s nine children.

The relationship between Tamar and Dorothy is really the heart and soul of this book. Dorothy’s immersion into poverty and its ugliness shapes Tamar’s life and the life of Tamar’s nine children. Tamar chooses a life of relative stability of place and has a large family. She lets her husband go when he confesses that he is unable to deal with his psychological demons anymore. She lets the church go because she found it “simplistic, paternalistic, controlling, self-satisfied, and manipulative”—an unnecessary burden on her and her life as a single mother trying raise a family (P. 245). However, Tamar never let the Worker or her mother go, and Kate’s descriptions of her grandmother’s and mother’s last days are beautiful because they are filled with meaning and love. Tamar loved her mother fiercely: “‘I adored her. And I was always, along with everyone else at the Worker, waiting for her to come home’” (P. 336).

Under the Gaze of Dorothy Day: Living with my grandmother’s faith
Kate Hennessy