Under the Gaze of Dorothy Day: Living with my grandmother’s faith 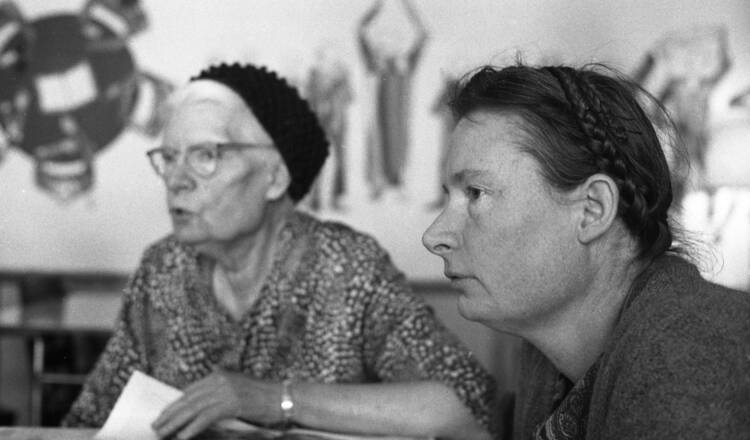 My grandmother, Dorothy Day, believed that to lose one’s faith was the greatest sadness. My mother, Tamar, Dorothy’s only child, believed to her dying day that she had lost her own faith. What can I make of these two interwoven strands of the most influential women in my life? How do I understand my own sense of faith? Do I have faith?

I have often felt that I needed a new vocabulary that speaks to my condition, as the Quakers would say. In fact, I often do not understand what people mean when they talk about “my faith”; they seem to speak a secret language that can feel more punishing than uplifting, more like a proclamation than a way of being. Is there some mysterious transformation that happens inside us when we make a proclamation of faith that I am not seeing?

Growing up with Dorothy and the Catholic Worker as part of my family, I picked up quite a tangle of odd phrases while lingering around the grownups: voluntary and involuntary poverty, Christian anarchism, pacifism, the works of mercy, houses of hospitality, the primacy of conscience. I made what I could of them, growing into them with each passing stage from childhood to young adulthood and now middle age, having interior arguments along the way.

My grandmother, Dorothy Day, believed that to lose one’s faith was the greatest sadness.

Voluntary poverty was for many years a bone I chewed on as I felt the burden of being raised in involuntary poverty, though this was not so easy to define. At one level, my mother chose a life of voluntary poverty, and it came naturally to her. She did not need much in the way of material goods other than her gardens and tools, her looms and spinning wheels, her kitchen and her books. But as a single mother of nine, she spent years worrying about whether she could put enough food on the table or celebrate Christmas or fix the car or keep the house warm and the water pipes from freezing in the brutal Vermont winters.

But nothing from my upbringing engendered the same weighty feeling and confusion that the basic question of faith did.

When I was a teenager, I began visiting my grandmother at the Catholic Worker at Maryhouse on East Third Street in New York City. I would travel down by bus from Vermont during school breaks, leaving the hills and trees, the rhythm of the distinct seasons and a life on the farm that I never expected to leave, to enter the grit of New York City in the 1970s, when it was teetering on the edge of bankruptcy. I would be greeted at the double doors of glass and wrought iron by women who were sometimes delighted to see me, sometimes not, then walk up the stairs to that room on the second floor, my grandmother’s room, where she spent the last three years of her life.

Her failing health and loss of mobility became my gain as I was able to spend more time with her, a time of listening to her ruminate on her past, often laughing as she did so, or as she read letters from people around the world—a priest in Uruguay, a friend from Mississippi or a member of an ashram in India. Even as a 16-year-old I felt the pull of the magnet that was my grandmother. But I also began to feel a struggle within myself. I was drawn by the power and luminosity of her faith, but I was deeply loyal and more naturally bent toward my mother’s way of being: unadorned, unspoken and rooted in the natural world.

For years, I wanted nothing to do with a church that could leave my mother feeling she had no place in it.

It was not until I read my grandmother’s diaries that I more clearly understood the pain Dorothy endured as she watched her daughter—the daughter whose birth led to Dorothy’s conversion—leave that very church. In 1965, Dorothy wrote: “I consider the loss of faith the greatest of disasters—the greatest unhappiness. How can one help grieving over friends and relatives. How necessary to pray without ceasing for them.”

I know she was speaking of us. She was so very careful to never impose this pain on me. She never once, that I can recall, suggested that I go to Mass, though when I did, it was so important to her that she would write of it in her diary. What delicacy, what respect she had for a teenager, I can now see.

But at 16 all I could feel was her penetrating and unnervingly direct gaze, a gaze well known by those who often found themselves pinned by it. (Tamar referred to it as “the Look,” which she had, too, though she was unaware of it.) Under that gaze, I felt I had no chance of experiencing anything of the nature and power of my grandmother. Under that gaze, I felt unworthy, particularly when she asked me after I graduated from high school, “Now, what are you going to do, Katy?” It is unfortunate that at that moment all I could see was what she had accomplished, not all those steps, whether deliberate or wildly inspired, she had taken to get there. But truthfully, for years, I wanted nothing to do with a church that could leave my mother feeling she had no place in it, that left her with a burden that seemed insupportable.

I believed for decades, as I think my mother also believed, that in the face of Dorothy’s faith anything less could only be felt as a lack of faith. The force of her faith was so strong and sure. How could Tamar have felt there was any other way for her to express her own? This tension was passed down to me, and I am learning how to untangle the strands on my own terms. Unlike Tamar, I was not raised in the church; and unlike Dorothy, I am slow and cautious in my approach to faith.

Tamar’s was a faith that held at its heart the belief that with loving kindness, and perhaps good soil, we will all flourish.

Ultimately, I believe that Tamar did not lose her faith and that I simply grew up with two outwardly different expressions of what that faith can mean. Dorothy provided the ritualistic expression of a deeply held faith she came to as an adult, and she lived a life that acted this out in an open and full-bodied way. Though a cradle Catholic, Tamar came to live a quiet faith, unadorned by ritual, and yet one that also imbued her daily life. Dorothy’s gestures were seen by many; Tamar’s were seen only by those who knew her intimately. My mother had an abiding belief in the goodness of life and of people, a keen sense, awareness and perceptivity of those—human, creatures or flora—we live with day to day. “Pay attention!” she would scold me. Pay attention to what is going on, both the joy and the suffering. Be with each other, be there, show up. Tamar’s was a faith that held at its heart the belief that with loving kindness, and perhaps good soil, we will all flourish.

Between mother and daughter

At a fundamental level, Dorothy believed she could see the face of God in those who are destroyed, rejected and forgotten by society, and Tamar believed we all are children of God. What clearer expressions of faith do I need? Entire treatises could be written on either statement. And so I came to understand that what lingered within me, this history of grandmother and mother, contained no divide, no conflict, no exile.

This history of grandmother and mother, contained no divide, no conflict, no exile.

I have spent the past seven years writing about this relationship between mother and daughter, and many people have asked me what surprised me most during the process. Did I learn anything that I had not known? Dorothy and Tamar were both unusually direct and honest storytellers, so there were no great revelations. But there has been a surprise, and it lies within myself: a deepening sense of falling in love with the two of them not only for their profound love for each other but also for the pain that existed between them. And with this comes my own burgeoning sense of faith—even if I have yet to be able to define this.

Called to Be Saints: Why I support the canonization of Dorothy Day
Robert Ellsberg
Of course, this should have been no surprise at all. I had begun the journey believing, knowing that no one can truly examine Dorothy Day’s life without being led to examine one’s own. But the depth and meaning of this surprise are a mystery to me, and this mystery is still unfolding, which is as it should be.
More: Family Life / Spirituality / Catholic Identity / Dorothy Day 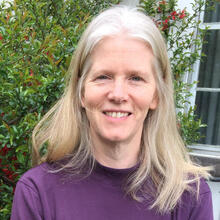 Kate Hennessy is the author of The World Will Be Saved by Beauty: An Intimate Portrait of My Grandmother. She is the youngest of Dorothy Day’s nine grandchildren.

Was Tamar an excommunicate from the Roman Catholic Church? Usually a person has to do something contrary to the Ten Commandments according as the Church teaches they are to be observed.

A very thoughtful reflection. And a beautiful piece of writing.