As a metaphysical poet, I am no John Donne, but Patrick Ryan’s vital and wide-ranging new book did bring an unlikely metaphor to my mind: open-heart surgery, my own, in 1999. On that occasion, my two mammary arteries were diverted from my nonexistent mammary glands to points below the blockages in two of my three blocked coronary arteries. My life was saved and my strength restored as my heart received again the nourishing blood that it needed.

Amen reminded me of this surgery because he strengthens faith in each of the three faiths he discusses by diverting nourishment from the other two. An operation of such delicacy calls obviously for extensive training in the surgeon, but Ryan has it. His Christian formation came about through the full, classical Jesuit training in literature, rhetoric, philosophy and theology. Along the way, he completed a doctorate in Islam at Harvard University, studying under the late and legendary Annemarie Schimmel and Wilfred Cantwell Smith.

He complements deep intellectual formation in these two traditions with the extensive interpersonal experience that is his after 26 years teaching and otherwise working along the 10th parallel in West Africa, where Muslim Africa and Christian Africa meet and mingle, plus almost as many years as a priest and theologian at Fordham University. This book draws, in short, on far more than the author’s reading alone. There are births in it and deaths; marriages and funerals; and, most notably, a framing, recurrently intruding open letter to an idealistic unbeliever.

Ryan is more nearly self-taught in Judaism than in Christianity or Islam, but he is self-taught as a “Nostra Aetate” Jesuit,which is to say a Jesuit powerfully motivated, even obligated, to become a student of Jewish life and culture in the wake of the Shoah and the Second Vatican Council. Writing thoughtfully here about “A Common Word Between Us and You,” an important 2009 interfaith overture by a group of Muslim scholars, Ryan writes that “both Christians and Muslims have to come to terms with the Jewish roots of their respective traditions before there can be any genuine mutual understanding between Christians and Muslims.”Clearly, he has taken his own advice to heart.

As Fordham’s McGinley Professor of Religion and Society, Ryan delivers a public “McGinley Lecture” every spring and fall, and he has selected topics for these over the years that, while traditional enough for a public lecture, are apt for the threefold perspective that has come to shape his own thought.

The late Huston Smith, late in his career, changed the title of his hugely popular The Religions of Man to The World’s Religions. Male writers like him once wrote thinking, unreflectively, only of male readers, but no more. Similarly, Christian theologians and apologists have long written thinking, unreflectively, only of Christian (or post-Christian or anti-Christian) readers.

They still do so, on the whole, but when Ryan thinks of the classic subjects and key figures in Christian tradition, he makes a shift analogous to Smith’s and thinks also of Jews and Muslims, how they might react to what he writes and what they might think or write on the same subjects. In fact, each of his McGinley Lectures has had a Jewish and a Muslim respondent.

Ryan’s Amen is no simple collection of these past lectures, however. Rather, around faith as a unifying master theologoumenon, he has shaped a closely integrated book of seven main chapters, each of which explores the core topic in a new way. The seven exploratory vehicles are: 1) covenant, 2) Abraham (as an ancestor in faith), 3) culture, 4) prophecy, 5) death, 6) pilgrimage and 7) God—“the God with Whom We Keep Faith.” Ryan has an inner Jew and an inner Muslim who speak in his left and right ear about whichever of these classic theological topics he may have on his mind. Banish the thought, however, that he listens to them out of politeness or, God spare us, “niceness.”

Amen is a word of culmination and ratification. Ryan’s book is a kind of extended amen at the end of a long life of scholarly faith and faithful scholarship.

Of the seven mentioned chapters, the most ambitious and accomplished are the third and the fourth. In the third, “Faith and Culture,” Ryan borrows a triple taxonomy—rejection, accommodation, integration—from H. Richard Niebuhr’s 1951 classic, Christ and Culture. The result, given the prior religious triplication, is three-times-three—thus, an impressive nine-part survey of the sharply varying paths taken by three great traditions in coping with the modern world. Here, Ryan combines the skills of a subtle scholar with the au courant savvy of a journalist who knows what’s what and who’s who.

He is theologically at his most adventurous, however, in the fourth chapter, “Prophetic Faith, Repentance, and the Development of Tradition.” It is not only Jesus who said, “You have heard...but I say unto you.” No, the same revisionist tones were heard earlier in Ezekiel and Jeremiah and later in the conscious prophetic daring of the 11th-century Jewish biblical exegete Rashi: exegesis as latter-day prophecy. As for repentance and revision in Islam, Ryan plunges into the “Satanic verses” episode, in which Allah clearly revoked his own most disturbing revelation to Muhammad. To Muhammad’s embarrassment? Not, Ryan says, if we can trust the first caliph, Abu Bakr, whose words on the day of Muhammad’s death he quotes.

The range here is stunning: Rashi and the continuation of prophecy through exegesis; Abu Bakr on Muhammad and the human fallibility of all prophecy—how many other Christian theologians can summon up such references in so apposite a way? (F. E. Peters comes to mind—an ex-Jesuit, as it happens, and a great scholar but not really a theologian—but otherwise the list is short.) Finally, for Christianity, Ryan summons John Henry Newman with the lapidary “to live is to change, and to be perfect is to have changed often.”

To Love Another
Terrance Klein

There are moments of comparable daring and delight elsewhere in the book. Chapter 5, on faith and death, is a discussion of the afterlife in the three monotheistic traditions, ending most touchingly and unexpectedly with a perfectly placed quote from John Updike’s short story “Pigeon Feathers.” Chapter 6, on pilgrimages, grapples with the holiness of holy lands and includes a fuller description of the Muslim haj than I recall ever reading in a textbook.

Finally, however, Amen is a word of culmination and ratification. Ryan’s book is a kind of extended amen at the end of a long life of scholarly faith and faithful scholarship. Among its dedicatees is an African man to whom Ryan once administered the last rites and who on that occasion could do no more than murmur “Amen” with his dying breath. Ryan ends his book: “I will never forget the name of the man who died that night, Edward Nutsugah. I pray he will be there in turn when I am dying and help me to nod the ‘Amen’ of my faith in God.”

I wonder if the author could provide an answer to the question “Why should one belong to this religion” for each of the three religions.

A wonderful review. In prior times the hierarchy would never allow such a work. God Bless Fr. John Courtney Murray for moving the needle against great resistance.

This article also appeared in print, under the headline “Three faiths, a lifetime of study,” in the August 5, 2019, issue. 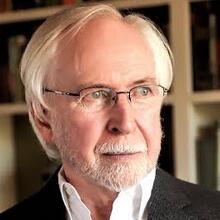 Jack Miles, emeritus professor of English and religious studies at the University of California, Irvine, is currently the Corcoran Visiting Chair of Christian-Jewish Relations at Boston College. His most recent book is God in the Qur’an (Alfred A. Knopf).