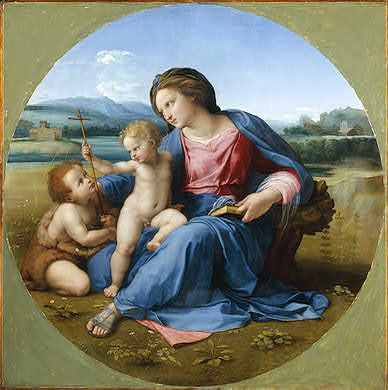 Jack Miles is perhaps best known for his Pulitzer Prize winning work God: A Biography (1996). In the most recent issue of The Atlantic (Dec. 2014), he shares a portion of his own story. The former Jesuit seminarian was so impressed by the audacious atheism of the philosopher Bertrand Russell’s “A Free Man’s Worship” that he copied, and carried in his billfold, this quotation from it:

That man is the product of causes which had no prevision of the end they were achieving; that his origin, his growth, his hopes and fear, his loves and beliefs, are but the outcome of accidental collocations of atoms; that no fire, no heroism, no intensity of thought and feeling, can preserve an individual life beyond the grave; that all the labors of the ages, all the devotion, all the inspiration, all the noonday brightness of human genius, are destined for extinction in the vast death of the solar system, and that the whole temple of man’s achievement must inevitably be buried beneath the debris of a universe in ruins—all these things, if not quite beyond dispute, are yet so nearly certain, that no philosophy which rejects them can hope to stand. Only within the scaffolding of these truths, only on the firm foundation of unyielding despair, can the soul’s habitation henceforth be safely built.

Miles cites Russell at the start of a thoughtful essay on religion and the limitations of human knowledge. Most folk naively presume that science will one day bring the entire universe within our grasp, but, as Miles notes, “scientific progress is like mountain climbing; the higher you climb, the more you know, but the wider vistas of ignorance that extend on all sides.” Miles then draws attention to the apophatic character of virtually all religions. They insist that God lies beyond human knowing. And so, Miles suggests, religion, at its best, reins in the arrogance so characteristic of the modern mind. “Religion assumes one aspect when considered as a claim to knowledge and quite another when considered as a ritualized confession of ignorance.”

Miles notes that even the most vigorous assertions of religious knowledge, revealed truths, can be read as positing salutary limits to the pretentions of human knowledge. “God alone knows” is as much an acceptance of human ignorance as it is an assertion of divine omniscience. Advent would be a case in point. It’s all about the God who is yet to come, the God we don’t yet know.

I also have a philosophical quotation. I’ve never copied and carried it, because it’s easily remembered. I tend to quote it anytime that I discuss belief and unbelief. It comes from the French existentialist philosopher, and devout Catholic, Gabriel Marcel. “To love another is to say to him or her, for me, you will not die.”

There’s something obviously wrong here. Even great lovers die. Romeos and Juliets succumb to old age, if nothing else. But to know the truth of the saying, consider, perhaps in a new way, this Advent dialogue, between the Baptist and those whom the Fourth Gospel identifies as Jewish priests and Levites.

It is, of course, the testimony of the Baptist to the Christ, the one whom John calls, “the Light.” It is also an avowal of love. We know with certainly only two facts about John. He baptized the Christ, and he loved him, loved him so much that he could call Jesus the Light.

When we truly love another, the center of the self is projected outward, into the other. The Beloved is not an object which we possess, or even a person who has entered our world. The Beloved becomes the focus of the world in which we dwell. Or, as John puts it, the light by which we live.

“To love another is to say to him or her, for me, you will not die.” When we truly love another, the very experience of love compels us to believe that the love shared with another is more than either individual, more than a combination of the two. When two love, there is something “greater than” themselves in the love. Loving another, we cannot help but to believe that love carries and envelopes its lovers. It is the origin and their destiny. To know love, really, is to know that love is eternal, personal, creative. “In my God is the joy of my soul” (Is 61: 10).

Regarding what we humans can truly know of our destiny, Russell insisted “only on the firm foundation of unyielding despair can the soul’s habitation henceforth be built.” For him, the soul achieves clarity only when it recognizes that it is utterly alone in an indifferent universe. Marcel, in contrast, insists that there is a knowledge, which we are only given in love, one which, once experienced, we cannot deny. It is not a knowledge that we gain, not even one that we are given. The knowledge that is love precedes us. We gain our very selves when we love. When love dawns, we can’t help but to think that, before it, we never truly existed. And in the light of love, we can no longer believe in a dark universe. Joy enters. “To love another is to say to him or her, for me, you cannot die.”

Miles is right about religion reigning in human arrogance, but the Gospel is more than a “ritualized confession of ignorance.” Before faith is an assertion of otherworldly things that must be taken on trust, it is a type of knowing. It is an awareness given only to lovers. John knows who the Christ is. John joyfully testifies for him, because John has found himself in Jesus.

“To love another is to say to him or her, for me, you will not die.” The knowing that comes of love insists that the universe is benign, intelligent, and lovingly creative. It cannot be otherwise, because the totality cannot be less than the part. Lovers transcend an apparently dark universe. Love is joyous light.