Parents who send their kids across the border are not heroes or villains. They’re humans facing an impossible choice. 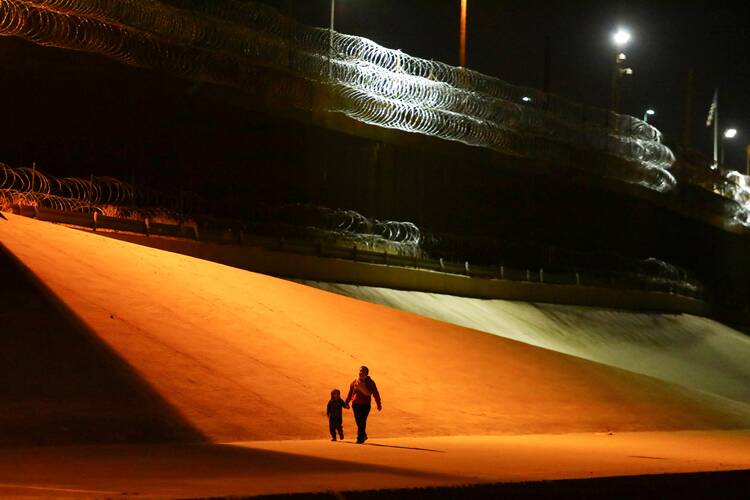 Migrants from Honduras walk toward Border Patrol agents in El Paso, Texas, to turn themselves in on March 29, 2021. (CNS photo/Edgard Garrido, Reuters)

I will not forget the feeling of deep inadequacy I had a few weeks after my daughter’s birth last fall. Despite generous paid leave, a stable home, a deeply committed husband and a supportive (albeit Covid-distanced) community, I had a distinct sense that I was not up to the task. I realized and continue to realize every day that even when I have my daughter’s best interests at heart, I make imperfect choices because of my own limitations and circumstances beyond my control.

That realization grounds and frames my understanding of the current moment at the U.S.-Mexico border, especially the realities of children and families arriving here. As the executive director of the Kino Border Initiative, I have fielded many calls about the situation on the ground. It is tempting to paint the most sympathetic portrait possible of the parents and families migrating north.

They are neither heroic martyrs nor conniving opportunists. They are ordinary parents in extraordinary circumstances.

But the reality is more complicated. Parents traveling with their children, or those who send their children to the border alone, are neither heroic martyrs nor conniving opportunists. They are ordinary parents in extraordinary circumstances who are doing their best to make decisions based on complex and ever-changing realities. Perhaps the small chance that their children could be released into the United States (and then be able to initiate an application for asylum) is worth the great risk of death and injury along the journey and the strong possibility that they will instead be immediately sent back to Mexico, even in the middle of the night, and become stranded in a border city like Nogales.

Last week I sat with my daughter on my lap in the Kino Border Initiative migrant outreach center in Nogales, listening to a mother speak of migrating to earn money to send back to Guatemala for her daughter’s treatments for lupus. She spoke with great love for all three of her children yet had only brought her young son along with her. “Why him?” I asked, and she could not respond clearly. “I just didn’t have the heart to leave him,” she finally replied.

I spoke to another father a few weeks ago who had traveled north alone, leaving his 7-year-old son behind. Previously middle-class, he lost his job due to the pandemic closures in Honduras, then had to rely on his family business for income—until it was destroyed in the devastation of last fall’s hurricanes.

Should they have stayed or left? Traveled alone or as a family? As with all major parenting decisions, there is no simple answer.

“I can’t stand looking at my son go hungry,” he said, explaining why he left Honduras in search of work. Yet his heart was also heavy with the separation from his only child.

In both of these situations, the parent had been sent back to Nogales, Mexico, by the U.S. Border Patrol. They were now shouldering thousands of dollars of debt from the journey, which further inhibited their ability to support their families back home. Should they have stayed or left? Traveled alone or as a family? As with all major parenting decisions, there is no simple answer.

In the United States, there is a growing awareness of the need for pro-life and pro-family policies. Such policies do not solve every challenge in the parenting journey, but they do improve the range of options. This political movement acknowledges that a relentless focus on individual choice and responsibility risks foolishly ignoring historic inequity. The recently approved federal assistance to children, as well as momentum in support of paid parental leave and accessible, high-quality child care, are important steps for other parents in the United States to have some of the support I have relied on as a mother. That mentality ought to guide our approach to the border as well.

Our political leaders must take steps to improve, at least slightly, the imperfect choices that migrants face. The Biden administration should announce an actual plan for respecting the right to asylum and the rule of law at the border, including ending the Title 42 authority that uses the pandemic as a pretext to send migrants back to Mexico with no due process. That transparency would allow parents to make decisions based on clear facts and not haphazard practice. (Since February, we at the Kino Border Initiative have been asking Homeland Security Secretary Alejandro N. Mayorkas to meet with migrants at the border to listen to them and explain his plan. He has thus far declined our invitation.)

The administration should also immediately begin processing asylum seekers at official ports of entry along the border so that they can access the U.S. legal system. Opening the border to asylum claims would lessen the pressure migrants feel to instead pay smugglers to cross the desert. And Congress must provide the necessary resources for migrant reception in U.S. border communities. Many of these communities want to rise to the challenge of the moment but are not sure if they can handle another scramble to assist people that the Border Patrol has suddenly released in a remote Arizona town.

Just as important, the Biden administration should work tirelessly to improve economic and public-safety conditions in Central America and Mexico, thus strengthening the right to thrive without having to migrate.

The least that our political leaders and the U.S. community can do is not give up on people at the border. We are capable of welcoming our brothers and sisters, even if we do so imperfectly and even when such welcome requires sacrifice. 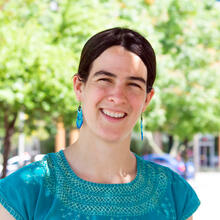 Joanna Williams is the executive director of the Kino Border Initiative, a binational Jesuit and Catholic ministry in Nogales, Ariz., and Nogales, Mexico.