Explainer: What is an annulment? (And why does Pope Francis want to make it easier to get one?) 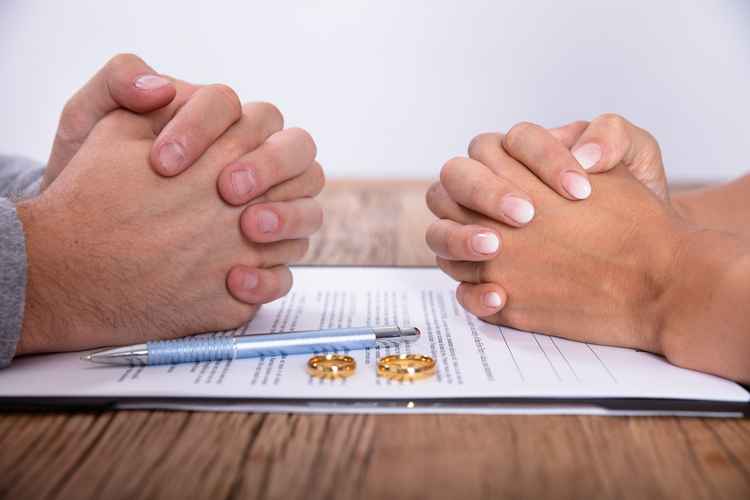 A meeting on Jan. 29 between Pope Francis and members of the Roman Rota, the Vatican’s highest judicial tribunal, raised an issue that Francis has returned to several times in his pontificate: annulment reform. The pope said that since 2015, when he tried to streamline the annulment process and make it less costly, he has received “much resistance” to his reforms.

“Almost all of them were lawyers who were losing clients. And therein lies the problem of money,” said Pope Francis. “In Spain, there is a saying, ‘Por la plata baila el mono’—‘Monkeys will dance for money.’” (Now filed under: “Things no other pope would ever say.”)

Pope Francis intended his 2015 reforms to make the process of obtaining an annulment “quicker, cheaper and much more of a pastoral ministry.” He urged dioceses to waive fees that fund the diocesan tribunals that preside over annulment processes and also instituted an abbreviated process by which a bishop himself might intervene and grant an annulment. For many divorced Catholics around the world, he suggested, the cost and intimidating complexity of the annulment process were among the reasons they never sought an annulment.

For many divorced Catholics around the world, Pope Francis suggested, the cost and intimidating complexity of the annulment process were among the reasons they never sought an annulment.

The cost of an annulment petition varies from diocese to diocese, but in many places in the United States remains expensive. Last week, the Archdiocese of New York announced that in addition to the $100 application fee for an annulment petition, as of Feb. 1, 2021, a further $650 would be charged as an administrative fee. The Archdiocese of Los Angeles charges $500. In both cases, however, official policy is that no one who cannot pay the fee will be denied. The Archdiocese of Philadelphia charges $800, but in response to Pope Francis' call for financial mercy, does not charge those initiating a case who live in the archdiocese. "In these cases Pope Francis encourages those who are able to make a contribution to do so in order to offset the expenses of the Tribunal," states the archdiocesan website. "Any contribution toward this cost is greatly appreciated after your case has been completed."

“The annulment process is necessarily a private one, dealing in the intimate details of a couple’s life together, so it is difficult to assess how these decisions are arrived at in particular cases,” wrote America’s editors in 2007. “Nonetheless, it seems clear that the church needs to do a better job explaining how annulments are obtained. For too many Catholics the process remains a great mystery.”

A 2007 survey by the Center for Applied Research in the Apostolate found that 85 percent of U.S. Catholics who were currently divorced had not sought an annulment. Eight percent sought an annulment but were not granted one, while 7 percent received an annulment. Many Catholics who have divorced without an annulment have remarried, leading to suggestions from prominent bishops and cardinals during the Synod on the Family in 2015 that the Catholic Church establish some mechanism for divorced and remarried Catholics—who are asked to abstain from the Eucharist, as the church teaches their second marriage places them in a state of serious sin—to return to the sacrament and to “the life of the Christian community.”

Like divorce itself in civil society, an annulment was a rare event in the Catholic Church until the last century. It is a strange irony that the possibility (or impossibility) of having a sacramental marriage annulled has nevertheless played an enormous role in church history. From Henry VIII’s battle with the Vatican over his invalid marriage to Anne Boleyn, to the annulment granted to Louis VII of France and Eleanor of Aquitaine in 1152 (they were cousins) to contemporary examples in U.S. society of prominent politicians and public figures seeking (and often getting) their marriages annulled, Catholic annulments have played an outsized role in politics.

A 2007 survey by the Center for Applied Research in the Apostolate found that 85 percent of U.S. Catholics who were currently divorced had not sought an annulment.

Annulments are far more common in the United States than in the rest of the world even today. Ladislas Orsy, S.J., a canon lawyer at the Georgetown University Law Center in Washington, D.C., told America in a 1997 interview that 71 percent of the almost 51,000 annulments granted worldwide in 1994 were in the United States.

Pope Francis created a Catholic media firestorm in 2016 when he said, during informal remarks at a Vatican conference where reporters were present, that “the great majority of sacramental marriages are null.” The Vatican later clarified that the pope had used “majority” by mistake when what he meant to say was that “a part” of sacramental marriages are null. Francis explicitly approved the change, the Vatican reported, and “any other interpretation can no longer be justified.”

What an annulment is

An annulment is the church’s colloquial term for the declaration of a “decree of nullity,” a determination that a sacramental marriage did not take place on the wedding day of the couple in question because of an impediment that prevented one or both parties from giving full consent to the marriage.

The U.S. Conference of Catholic bishops describes an annulment as “a declaration by a Church tribunal (a Catholic church court) that a marriage thought to be valid according to Church law actually fell short of at least one of the essential elements required for a binding union.”

The Catechism of the Catholic Church states that the exchange of consent between spouses is the “indispensable element that ‘makes the marriage’. If consent is lacking there is no marriage” (No. 1626). Further, that consent “must be an act of the will of each of the contracting parties, free of coercion or grave external fear. No human power can substitute for this consent. If this freedom is lacking the marriage is invalid” (No. 1628).

Any Catholic granted an annulment can be remarried in the church—and any Catholic who does not receive one cannot.

Diocesan tribunals, therefore, focus not on the health or longevity of a marriage itself, but on the circumstances surrounding the beginning of a marriage: Was it a “shotgun wedding” because of an unexpected pregnancy? Was the marriage coerced by physical or verbal violence? Did one partner hide an ongoing addiction from the spouse? Did both parties actually understand what was meant by the sacrament itself—the promise to remain sexually faithful, not to abandon one’s spouse, to be open to children without strings attached? Any and all can be evidence of “the absence or defect of consent,” in church parlance. These days, tribunals can also request a petitioner undergo a mental health evaluation.

Another impediment that can result in a decree of nullity is if the marriage ceremony was not performed according to the usual rules that govern the church's wedding ritual but without an official exemption from these rules. One of these requirements is that the ceremony must take place in a church before a properly authorized minister (a priest or deacon) in the presence of two witnesses. Marriages that do not meet these criteria can be annulled because of the “absence of canonical form.”

Not all marriage ceremonies take place under ideal circumstances, of course. A bishop can authorize a wedding in a non-Catholic church, for example, if one spouse is not Catholic. He can also give permission for it to take place outside of a religious setting, or even outdoors. Similarly, in the more and more frequent circumstance that a priest or deacon is not available, the local church authority can grant permission for another person (sometimes a woman religious) to officiate at a Catholic wedding service. In Catholic sacramental theology, the bride and the groom minister the sacrament of marriage to each other, with the church’s official presider, whether an ordained priest or deacon or some other authorized person, serving as a public witness of the couple’s sacramental act.

Any Catholic granted an annulment can be remarried in the church—and any Catholic who does not receive one cannot.

What it is not

No matter how many times you hear it described thus—jokingly or not—an annulment is not just “Catholic divorce.” Church teaching is not that the marriage in question failed, but that the marriage never existed in a sacramental sense.

While the church requires a petitioner to get a civil divorce before requesting an annulment, it retains that a sacramental marriage has only a tangential connection to the civil proceeding. Despite perceptions to the contrary, the church also does not teach that divorced persons cannot receive the Eucharist; their marital status only becomes a problem for the church if they remarry without an annulment.

An annulment is also not a declaration that the children of a Catholic marriage are somehow illegitimate in the eyes of the Catholic Church. This misconception can cause great psychological harm in families—and can be the reason one or both divorced spouses decides against seeking an annulment. In such cases, phrases like “decree of nullity” or “fell short of at least one of the essential elements required for a binding union” can sound harsh and misleading. But one’s baptism (and subsequent reception of other sacraments) is not affected at all by the marital status of one’s parents—and baptism is the sacrament that brings a person into the church.

No matter how many times you hear it described thus—jokingly or not—an annulment is not just “Catholic divorce.”

An annulment is also not a declaration that a marriage didn’t exist—to declare such a thing in a case where couples have been married for decades would be absurd—but simply that there was no sacramental component to the marriage. The Rev. Paul V. Garrity, a priest of the Archdiocese of Boston, put it in laymen’s terms in a 2015 article for America: “All marriages look alike from the outside. When a marriage ends in divorce, the annulment process tries to look inside the marriage to see what may have been missing from the very beginning.”

“In explaining what an annulment is, I often hold up a pen with its point retracted. The assumption is that the pen contains a cartridge and is suitable for writing,” wrote Father Garrity. “If I take the cartridge out of the pen, it still looks the same as before. It is not until I try to write with the pen that I discover there is no ink. While the pen looks like any other writing instrument, it is not until I look inside and discover that something essential is missing that I understand why it will not write.”

Editor's note: This article was updated with further information on May 13, 2021.