Celebrating the Eucharist with Daniel Berrigan: ‘A Communion I will never forget’ 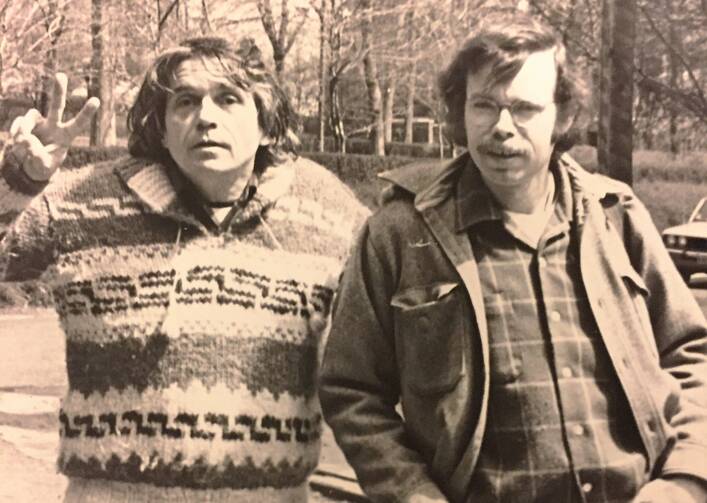 America asked several authors to consider the life of Daniel Berrigan, S.J., on the fifth anniversary of his death. Jim Forest is the author of At Play in the Lions’ Den: A Biography and Memoir of Daniel Berrigan. You can read other contributions here.

“The king commanded and Daniel was brought and cast into the den of lions,” it is reported in the Book of Daniel. Daniel Berrigan, S.J., a frequent captive, was well named. “How many times have you been locked up?” was a question journalists often asked him. “Not enough” was his usual response.

Dan Berrigan spent much of his life in various lions’ dens—at home as a child when his father was in a rage, in paddy wagons and prisons, in demonstrations that were sometimes targets of violent attacks, in a city (Hanoi) under bombardment, in urban neighborhoods police regarded as hazardous—yet lived to be 94, dying peacefully in bed.

When I think back on Dan, I recall him first and foremost, like his biblical namesake, as a man of prayer. I never knew anyone so glad to celebrate the Eucharist.

I had first met him, thanks to Dorothy Day, in 1961, but it wasn’t until 1964, when Dan was on sabbatical in Europe, that I began to work closely with him. In the course of several weeks traveling together from Paris to Rome to Prague, we decided to start the Catholic Peace Fellowship. On our return to the United States, we began to meet once a week to help the organization obtain traction.

When I think back on Dan, I recall him first and foremost, like his biblical namesake, as a man of prayer. I never knew anyone so glad to celebrate the Eucharist.

A weekly ritual emerged. My co-worker Tom Cornell and I would take the subway uptown from our one-room C.P.F. office for a midday meeting in Dan’s room at a Jesuit residence in New York City’s East 70s.

Putting first things first, Dan started the meeting with a bare-bones liturgy. Afterward we sorted through letters the fellowship had received in recent days, considered how best to respond, discussed problems and ideas, and had lunch. Many of the letters came urgently from young men who were facing the Vietnam War and who wanted to know if, as Catholics, they could be recognized as conscientious objectors—and, if so, how to go about it.

The style of our eucharistic bread-breaking was as simple and graceful in line as a Shaker chair or medieval Cistercian church. A prayer for forgiveness was followed by intercession for friends who were ill or in difficulty. We took turns reading the appointed Old and New Testament texts for the day, plus perhaps a supplementary reading from such sources as Neruda or Peguy or Teilhard or Brecht or Merton. After the readings, silence. Then some reflection, usually initiated by Dan, on the readings. More silence. Then a canon prayer from the Bible Missal. More silence. Finally, after the consecration, came the sharing in that quiet miracle and more silence, perhaps some more prayer and an embrace at the end.

“How many times have you been locked up?” was a question journalists often asked him. “Not enough” was his usual response.

Apparently some attentive soul kept a stethoscope to the wall during these liturgical celebrations, for the day came when we arrived to find Dan in serious distress. Hours before, he had been told our informal Eucharists were absolutely not allowed. There had, in fact, been a number of less imperative mentions to the same effect in previous weeks. So we sat forlorn, trying to talk about those things that normally we discussed after our Eucharist. No sandwiches were assembled—we had no appetite.

In the midst of a half-hearted sentence, Dan stood up abruptly, went downstairs and returned with two slices of rye bread. From their usual place in the file cabinet a bottle of wine and a water glass were removed, books and papers on the desk pushed aside, the bread and wine put in place, the Bible taken up. I was handed the book and found the readings of the day. We each read a portion. Perhaps there was some dialogue about the readings. My memories are of silence.

At last the bread on its plate was taken in one hand, and the glass with its red wine in the other; there was silence where a canon prayer would ordinarily have been spoken, until a few intense but quiet words were spoken by Dan: “Let the Lord make of this what he will.” And so we ate and drank, with reverence. It was a Communion I will never forget. 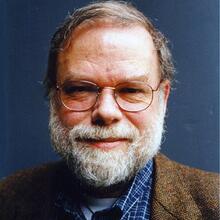 Jim Forest is the author of various biographies, including At Play in the Lions’ Den: A Biography and Memoir of Daniel Berrigan. His most recent book is Writing Straight With Crooked Lines.