Paul Elie: Daniel Berrigan was a fierce critic of the United States. He was also a great American. 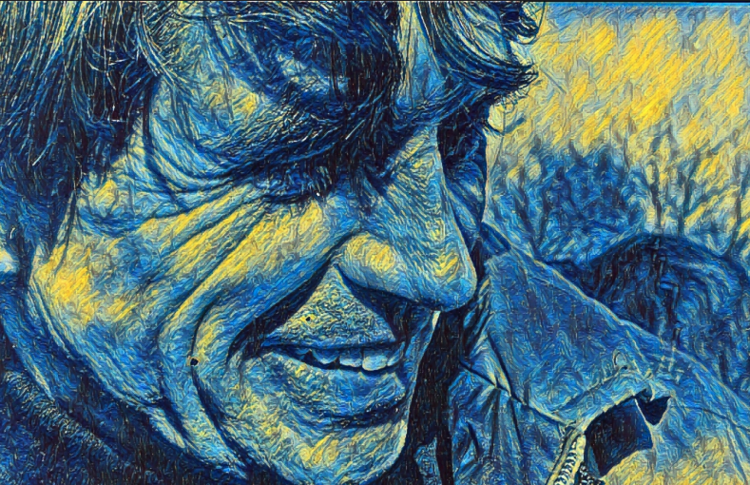 America asked several authors to consider the life of Daniel Berrigan, S.J., on the fifth anniversary of his death. Paul Elie is the author of The Life You Save May Be Your Own (2003) and Reinventing Bach (2012). You can read other contributions here.

During a memorial service at St. Ignatius of Loyola Church in Manhattan for Walker Percy in 1990, his editor, Robert Giroux, eulogized him as “a superb novelist, a distinguished man of letters, a witty and searching critic, a great American.” As I read those words not long after, the “great American” tag took me by surprise; it invited us to see a Catholic writer in a different light.

A photograph of Dorothy Day I saw on view at the National Portrait Gallery in Washington a few years later had the same effect. Here was “our” Dorothy, in the company of Jefferson and Lincoln, Tubman and Ellington.

On his centenary, I look to Daniel Berrigan, S.J., as a great American, giving equal stress to both parts of the term—recognizing his sustained critique of the United States and his principled suspicion of the greatness that was vital to his character and his calling. Father Berrigan figures into a book I am writing, and just now I have in mind two episodes that reveal him not as a prophet or revolutionary or agitator, but as a culture critic alive to currents in American society that others missed—and still miss.

On his centenary, I look to Daniel Berrigan, S.J., as a great American, giving equal stress to both parts of the term.

In his 1987 autobiography, To Dwell in Peace, Father Berrigan described his radicalism as a conversion experience that overtook him during a trip to Europe after he made final vows as a Jesuit in 1963. While spending some time in France, he recalled, “I felt a fierce beckoning to go farther” to Eastern Europe. But the Cold War had walled off the countries to the east—countries where Christian faith had been present for 1,200 years—and had bred an enforced ignorance about the “mysterious hooded Christians” there.

“Christians of those unknown regions, we were told, were hostages, martyrs, prisoners, internal exiles, nonpersons,” he recalled. “What we were told nothing of was the misuse to which their heroism and suffering were being put in the West. The Christians of the East, if truth be told, were instrumental to the crudest politics, the politics of war.” The Soviets alone didn’t drive those Christians underground. They were aided by the nations of Western Europe and the United States—and by the Catholic Church, which propagandized for the Cold War as a defense of Catholic prerogatives.

Father Berrigan gained permission to go to Prague, and then to South Africa, and he returned to France haunted by the experience. “I had moved among Christians who lived their faith with steadfastness, under a shadow of disrepute and disenfranchisement,” he recalled, “through the freedom with which they embraced an edgy existence.” He identified strongly with their cryptic religiosity, even as he despised the force that made it necessary: the Cold War-sustaining Western war machine that was then engaging in a proxy war with Communism in Vietnam.

In his ministry to AIDS patients, Berrigan moved freely between two sides: a radical priest among compliant Catholics, a gay-rights sympathizer among scornful relatives.

Twenty years later—on the other side of fame—Father Berrigan got involved in caring for men with AIDS in Manhattan. He characterized his role as “listener of last resort,” as the one who is “near enough, and distant enough to be trusted with matters generally held secret.” He would present himself as a Catholic cleric, albeit without collar or stole, and would make himself present to the pain, the anger and the grief of dying men whose suffering was made worse by the contempt of so many in the church.

Thus the priest notorious for going underground in 1970 went underground again. The circumstances demanded it: In that moment to be a priest was to be the bearer of controversy rather than love. Under Pope John Paul II, foe of Communism while archbishop of Krakow, the hierarchy was shifting its energies from geopolitics to sexual morality. The Cold War was giving way to what would be called the culture wars. And the conflicts over sexuality involved the same questions that had shaped the anti-war movement and that had animated the life of the Catholic Church since the Second Vatican Council: questions of authority and individual conscience, of collective belonging and personal calling. The old dualistic energies were going into fresh controversies, the hierarchs again dividing the world into two sides.

Berrigan’s turn to AIDS patients was in part a recognition of this change. In that moment, he moved freely between two sides: a radical priest among compliant Catholics, a gay-rights sympathizer among scornful relatives:

They gather about the bedsides of their stricken ones: parents, sons, daughters, brothers and sisters, lovers, wives. Sorrow, disorientation, anger, fear, dread of the unknown. The lovers have it hardest of all, making their unsteady way through the gauntlet of church, state, family, neighborhood, job, housing, life in sum; including the feral looks laid on them from the corner deli.

And then, “as if this weren’t enough, in comes this priest—about whom, if one has ear to the ground, one has heard a few things. So what good can come of this?” A third of a century later, we are still coming to know what good came of it.

As the push to canonize Dorothy Day gained steam in the years after her death, Father Berrigan asked, rhetorically: “Can you imagine her portrait, all gussied up, unfurled from above the high altar of St. Peter’s?” Well, as I read his words, I suddenly could see it—I could see St. Dorothy Day.

Can we imagine Daniel Berrigan’s portrait, all gussied up, unfurled above the high altar of St. Peter’s? I know I can; but on his centenary it is more than enough to envision this great American’s visage on view in a gallery in the nation’s capital. 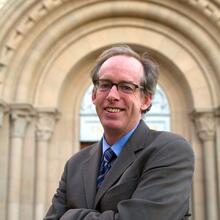 Paul Elie, a senior fellow in Georgetown’s Berkley Center for Religion, Peace, and World Affairs, is the author of The Life You Save May Be Your Own (2003) and Reinventing Bach (2012).

@Paul_R_Elie
Show Comments ()
Join the conversation: Login or create an account
Before you can comment, you need to update your profile to include your first and last name, as required in our comments policy. Then reload this page and you'll be set up for commenting. Update your profile