Review: The rhythm of the week — and how it became central to American life 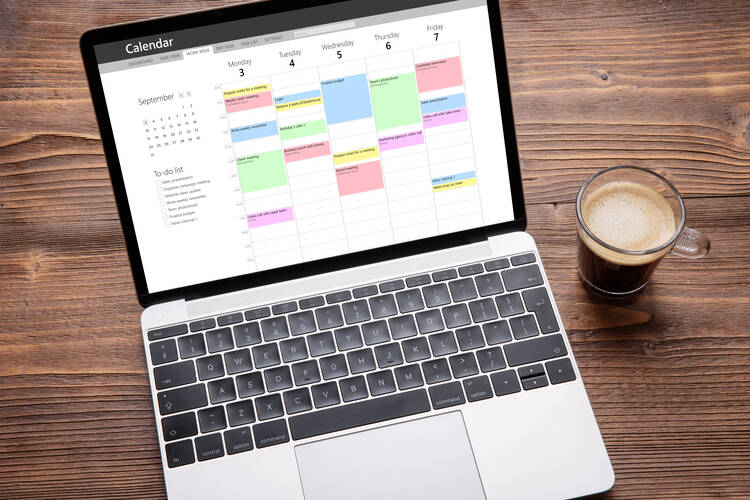 What is a week? A single unit that helps keep track of progress through the year—or a shorthand to describe seven distinct days, each with different qualities? An obsolete religious relic—or an intuitive span of time that has wired itself into humanity’s essence? And above all, why is the week the only basic unit of time that has no basis in astronomical rhythms? David M. Henkin, a professor of history at the University of California, Berkeley, explores these questions in The Week: A History of the Unnatural Rhythms That Made Us Who We Are. In the process of doing so, he also seeks to understand how the week developed what he considers to be an outsized presence in American history.

Within The Week, Henkin’s greatest contribution to the analysis of weekly consciousness is his granular research into the ways in which ordinary people of yesteryear conceptualized time. An entire chapter is dedicated to examining the diaries and correspondence of a diverse cross-section of 19th-century Americans: freed slaves, a Yankee physician transplanted to the South and even “an elite preteen living in Revolutionary Boston.” With the trove of archival materials that he brings to light, Henkin provides readers with a glimpse into the day-to-day lives of Americans during this time period and tries to illustrate their different attitudes toward weekly timekeeping.

One of Henkin’s most compelling observations is that industrial work played an instrumental role in entrenching the week into American public consciousness.

One of Henkin’s most compelling observations is that industrial work played an instrumental role in entrenching the week into American public consciousness. He suggests, for instance, that the introduction of the weekly payday during the Industrial Revolution tightened the relationship between money and time. Using literature from the temperance movement, Henkin demonstrates how workers, after being paid on Saturday, frequently spent much of their newly earned money on drinks; even beyond this sudden rush of spending, as a worker’s available cash levels decreased over the course of a week, it acted as a sort of financial hourglass. Henkin also digs into the ledgers of pawn shops to show how Saturdays were associated with the repaying of debts. The evidence he presents shows that workers would rush over, paycheck in hand, to collect the goods they had pawned the week before in order to get quick cash.

But even more fundamental than the Industrial Revolution, Henkin also proposes that the weekly calendar is so deeply embedded in American culture because of the influence of the Puritans. The settlers of New England thought the Church of England’s abundance of feast days (tied to months and dates) reeked of papism and instead chose to organize their weeks around the weekly observance of the Sabbath. This is not a primary argument of the book, but it is an interesting observation all the same.

Henkin often presents ideas in a way that provides words for the intuitive experiences and knowledge of readers, including those outside of the academy. In this respect, The Week exemplifies the best of what scholarship can be.

But in many other instances, Henkin’s argumentation could have been clearer, his objectives more explicit and his intellectual itinerary less meandering. It is not clear what central position Henkin sets out to argue in the book, nor is it obvious what intellectual debate the author is participating in. Henkin briefly cites the work of Henri Lefebvre and Eviatar Zerubavel, both sociologists, but he neglects to describe the contours of their studies and, more important, how The Week fits into them. By the end of the book, readers might know what “hebdomadal” means, but they are left wondering what to make of the new information about the week’s history in the United States.

By the end of the book, readers might know what “hebdomadal” means, but they are left wondering what to make of the new information about the week’s history in the United States.

And while Henkin’s work of sifting through diaries and other documentary ephemera is impressive, the evidence he marshals from these records only vaguely suggests that 19th-century Americans thought of their time in weeks rather than months. Plus, any notion of argument gets drowned in a morass of quotations and biographical anecdotes.

Henkin yearns to speak more broadly about how people perceive time, beyond just the week. In several instances, Henkin struggles to demonstrate that the week as a unit of time is quite so extraordinary or unique compared with a timekeeping system centered on months and days. Perhaps as a form of overcorrection, Henkin doubles down on the hegemony of the week, pitting it against the month as if the two systems are necessarily in competition to describe the timekeeping mentality of historical Americans. If a diarist seems to have conceptualized time on a weekly basis, according to this view, heaven forbid she also thought of time in months and days.

Review: Finding our way back to the farm
Doug Girardot

Some groups or individuals may have subscribed to this type of calendrical dualism. But for many of the historical situations sketched in the book, the dichotomy is artificial and comes across as confirmation bias. Henkin seems to interpret many records in light of his week-centric scholarly framework, rather than drawing conclusions strictly from the evidence.

Toward the end of the book, Henkin writes that for thinkers of the late 1800s, an explanation for the strange phenomenon of the seven-day week was “never thoroughly mastered by philosophical or scholarly inquiry”; even for the shrewdest and most progressive minds of the Gilded Age (including William James, the father of modern psychology), “weeks remained mysterious entities.” While Henkin should be commended for reintroducing the topic to the mainstream of historical conversation, his exhaustive research is still not enough to remove the enigmatic shroud from the week.

This article also appeared in print, under the headline “Before Google Calendar,” in the December 2022, issue.

Doug Girardot is an assistant editor at The Day, in New London, Conn., and a former O’Hare fellow at America. He graduated from Boston College in 2021 with a bachelor’s degree in history.