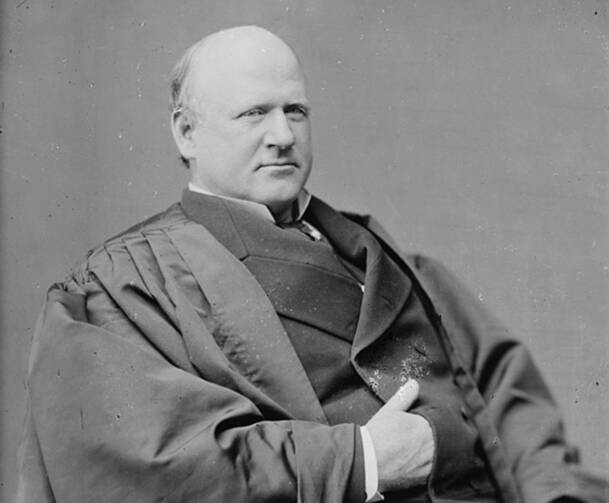 Many eyes will be on the Supreme Court this year. Will the court overrule Roe v. Wade (1973), a 7-to-2 opinion by which, through its “raw judicial power” (to quote from Justice Byron White’s dissent), the court created a constitutional right to abortion? Will the court reverse Citizens Union v. Federal Election Commission (2010), a 5-to-4 decision in which the dissent argued strongly that Congress should recognize that corporations are different from human beings in law and in reality? These two cases show the importance of the dissent in Supreme Court decisions.

“There are silences in American history,” Peter S. Canellos writes in his book, The Great Dissenter: The Story of John Marshall Harlan, America’s Judicial Hero. Canellos provides us with a fascinating biography of a Supreme Court judge who lived through such periods of silence but was not silent himself. Justice Harlan was the sole dissenter in both the Civil Rights Cases (1883), a bundle of five cases in which the Supreme Court held that it was constitutional for Congress to bar people from stores, inns or modes of transportation based on their race, and in Plessy v. Ferguson (1896), in which the court held that the Constitution established the separate-but-equal doctrine.

Harlan’s father decided his son should be a Supreme Court justice—and named him John Marshall after the famous Supreme Court judge. The family owned slaves, supported slavery through the Civil War and opposed the 13th Amendment; yet Justice Harlan still went on to become a prominent advocate for civil rights for Black Americans.

Canellos’s book is actually a biography of two extraordinary men. In addition to John Marshall Harlan, it also chronicles the life of his half-brother, Robert. The son of John Marshall Harlan’s father and an enslaved woman, Robert had a great influence on the Supreme Court justice, though their lives took completely different paths. When both were children, their father was informed by the local schoolteacher that no Black children could be allowed into the school. Denied the benefits academics could bring, Robert devoted his time to raising and racing horses and achieved great success as a “horse-racing impresario, gold rush entrepreneur, financier of Black-owned businesses, world traveler, state representative, and leading Black citizen in Ohio.”

The book also contains significant detail on the Civil War and the politics of Kentucky. It covers John Marshall Harlan’s efforts to become governor of Kentucky (he lost) and his support of Rutherford B. Hayes for the Republican Party presidential nomination in 1876, a decision that helped him become a Supreme Court justice. Some of the numerous personalities and events Harlan witnessed during his life included Henry Clay, Stephen Douglas, Andrew Jackson, George McClellan (the Democratic Party nominee for the 1864 presidential election), Frederick Douglass, the Ku Klux Klan, the Whigs, the Know-Nothings and Reconstruction, all of which make this 817-page work an enjoyable read.

One of the most reprehensible legal events during this time was the decision in the Dred Scott case in 1857, in which Chief Justice Roger Taney (a Catholic) joined the majority in the 7-to-2 decision that deemed slaves had no claim to citizenship. Taney’s opinion relegated all slaves—“even though [those] living in freedom with as much wealth as Robert Harlan [Robert’s freedom was purchased in 1848]—to the permanent purgatory of second-class status in the nation to which they were born.”

Harlan viewed the separate-but-equal theory as “designed to provide a legal fig leaf for segregation.”

The second half of The Great Dissenter will engage readers with a particular interest in law and history. Harlan was involved in numerous important cases during his 34 years on the Supreme Court, though the most remarkable are those in which he offered a dissent. One such case came after Congress adopted the Civil Rights Act of 1875, which banned racial discrimination by private individuals in inns, railroads and places of public amusement. In an 8-to-1 decision, the court held that the 14th Amendment applies to states, not private persons, and that as such, the Civil Rights Act was an unconstitutional overreach.

Only Harlan dissented. He believed that the writers of the 13th and 14th Amendments intended to prohibit providers of public functions the “right” to deny access to freed people “some of the most essential means of existence,” whether those providers were states or private parties and entities. In 1964, almost a century after Harlan’s dissent, Congress, through its authority to regulate interstate commerce, finally passed a Civil Rights Act with provisions similar to those of the 1875 Act.

Another major case in which Harlan was the only voice for justice was Plessy v. Ferguson (1896). Homer Plessy, a Creole man, had purchased a first-class ticket on a railroad trip wholly within Louisiana. Mr. Plessy entered the whites-only first-class car, identified himself as “colored,” and was arrested. The Supreme Court’s 8-to-1 majority easily resolved the issue: There was no 13th or 14th Amendment violation because the activity was within one state (and thus involved no federal violation), and the separate-but-equal doctrine was declared a reasonable exercise of the state’s police power to protect the safety and comfort of both races.

Chief Justice John Roberts moved the painting of Harlan from a hallway in the Supreme Court building to the justices’ inner sanctum.

Harlan viewed the separate-but-equal theory as “designed to provide a legal fig leaf for segregation.” His dissent poignantly identified the injustice of the doctrine: “The destinies of the two races in this country are indissolubly linked together, and the interests of both require that the common government of all shall not permit the seeds of race hate to be planted under the sanction of law.” According to Canellos, Harlan’s dissent in Plessy was his “proudest achievement, the culmination of his career on the bench, and his greatest contribution to the future of the nation.”

One other Harlan dissent deserves emphasis: Lochner v. New York (1905), a 5-to-4 decision concerning an employer (Lochner) who had been convicted for allowing an employee to work for more than 60 hours per week in violation of state law. According to the court’s majority, the New York law was itself a violation of the right to purchase or sell one’s labor, which was guaranteed by the 14th Amendment. Again, Harlan dissented. Over time, Lochner became “so hated as a legal precedent that it almost brought down the Supreme Court.” The majority view became representative of what is known as the “Lochner era” in jurisprudence and was viewed by many as synonymous with judicial overreach in striking down state laws.

While readers can differ on the positives and negatives of numerous Supreme Court justices, when we meet John Marshall Harlan, we must stand in awe. Both Thurgood Marshall and Antonin Scalia admired Harlan; and Chief Justice John Roberts moved the painting of Harlan from a hallway in the Supreme Court building to the justices’ inner sanctum.

While it took almost a century for the United States to begin to legally enforce the protection of equal rights after Harlan’s term on the court, this book should give readers hope that the work that still needs to be continued in our lifetime will be accomplished, so that other “silences” cannot be ignored and justice can prevail.

This article also appeared in print, under the headline “A Giant on the Court,” in the June 2022, issue. 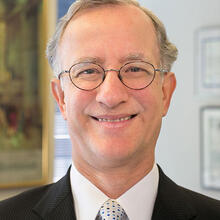 Michael A. Vaccari is an attorney, an adjunct professor of law at the Fordham University School of Law and the author of numerous book reviews on law and public policy.