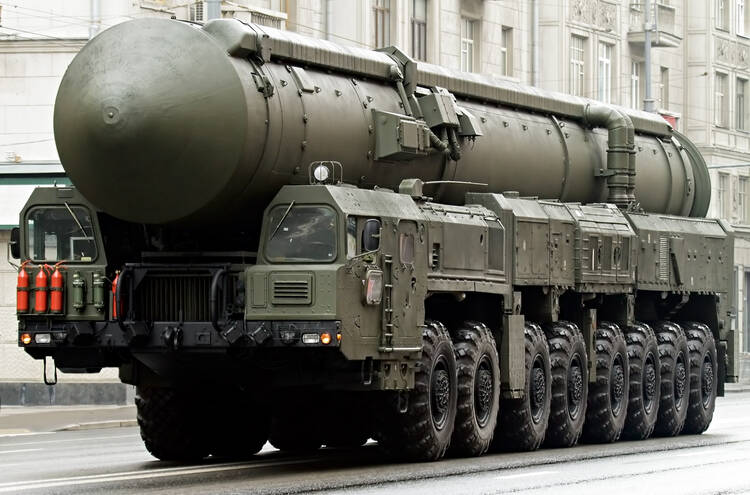 Since nuclear weapons destroyed the Japanese cities of Hiroshima and Nagasaki in the Second World War 77 years ago, humanity has been under an existential threat of destroying itself. This threat predates the international concerns that have arisen from global warming, but it is at least as urgently in need of being eliminated. Michael Krepon’s Winning and Losing the Nuclear Peace: The Rise, Demise, and Revival of Arms Control is a history of the efforts to do so.

Winning and Losing the Nuclear Peace by Michael Krepon

“Arms control,” as discussed in Krepon’s book, can cover a multitude of concepts, measures and agreements. Or it can be considered more narrowly as a methodology. It includes mutually understood conditions of international security, ranging from unilateral undertakings to politically or legally binding agreements like confidence-building and security-building measures or treaties. Information exchanges on weapon stockpiles can be established; verified levels of armaments can be agreed upon; levels of weapons can be reduced or taken to zero. The latter two can also be considered disarmament. As a diplomatic methodology, arms control is an instrument of international relations both bilaterally and multilaterally, along with other components like embassies, trade, sanctions and war.

Krepon covers in depth the work of bureaucracies and individuals in the post-World War II era that established arms control measures, those on strategic nuclear weapons in particular. The treatment is understandably U.S.-oriented, but the book’s over 500 pages provide a key history of the times, events, organizations and people involved in the pursuit of a peaceful approach to national and global security.

Winning and Losing the Nuclear Peace is of great value for pointing the way toward the revival of arms control.

Krepon describes the positions, and changes in those positions over time, of key players in the process, from presidents, secretaries of state and defense, to government officials in many departments and agencies, and also to figures in the public arena. Noting that positions often changed over time, he points out that Ronald Reagan began as a hawkish president and ended seeking the abolition of nuclear weapons in favor of the Strategic Defense Initiative. He reports that Paul Nitze, who served as secretary of the Navy and deputy secretary of defense in different administrations, was similarly inclined toward weapons, but in his later years supported abolition.

In Winning and Losing the Nuclear Peace, Krepon necessarily deals with nuclear deterrence. He recounts the “red-dot” briefing given to Defense Secretary Dick Cheney in 1989. If deterrence of the Soviet Union failed, the red dots on the map would be aim points for U.S. nuclear weapons. The number of dots, 10,000, was simply derived from the number of warheads in the stockpile; 40 weapons, for example, were targeted on Kyiv in Ukraine, then part of the U.S.S.R. Cheney was stunned. After detailed review, the number was nearly halved, helping set the stage for far-reaching nuclear arms control involving even further reductions.

Throughout the book, the underlying role of nuclear deterrence looms as a roadblock to moving more consistently and rapidly to the elimination of nuclear weapons, and to concomitantly make necessary modifications in conventional forces. Deterrent strategy aims at prevailing, and, as Cheney discovered, seeks to acquire more and better weapon capabilities, thus undermining the approach of arms control. Krepon notes that “[s]ince completely unencumbered deterrence is too dangerous, rivals also seek guardrails to their competition, whether tacit or formal. Occasionally, they adopt methods that we call arms control.” He continues that during the George H. W. Bush administration, “[a]rms control and reduction negotiations became essential management tools for Soviet decline. Treaty-making was both the manifestation and the instrument of trust building.”

The Bush administration’s approach was able to draw on the 1985 foundational statement of President Ronald Reagan and Soviet General Secretary Mikhail Gorbachev that “[a] nuclear war cannot be won and must never be fought.” That statement has now been endorsed by China, the United Kingdom and France, the other three nuclear-weapon states party to the nuclear Non-Proliferation Treaty, and, with the United States and Russia, permanent members of the U.N. Security Council. Whether that points to further and broader multilateral arms control remains to be seen.

Krepon gives an in-depth account of the interagency processes that led to what he terms the high point of arms control: the 1991 Strategic Arms Reduction Treaty, or START I, and the 1990 Conventional Forces in Europe Treaty. These were supplemented by the indefinite extension of the nuclear Non-Proliferation Treaty in 1995, and the negotiation of the Comprehensive Nuclear-Test-Ban Treaty in 1996. (The reviewer would add the 1993 Chemical Weapons Convention and the 1990 Vienna Document on Confidence- and Security-Building Measures.) The processes were multilevel, beginning with presidents and the National Security Council and its staff, and extending down through the government to the desk officers and across town to Congress.

America readers will likely be aware that Pope Francis has declared that not only the use but even the possession of nuclear weapons (and thus nuclear deterrence) is immoral.

Krepon also recounts the distressing backward movement thereafter, despite the New START Treaty of 2011, with U.S. abandonment of the Anti-Ballistic Missile (A.B.M.) Treaty in 2001, the unsigning of the Arms Trade Treaty in 2019, the 2018 withdrawal from the Joint Comprehensive Plan of Action (J.C.P.O.A.) agreement with Iran, and the 2020 withdrawal from the Treaty on Open Skies.

It is difficult to argue with Krepon’s assessment of this backsliding, and it remains to be seen whether the Biden administration can energize a broad revival of arms control. An active effort is underway to rejoin the J.C.P.O.A. and restore the constraints on Iranian nuclear activities. Fortunately, the New START Treaty with Russia has been extended for four more years and a strategic stability dialogue initiated. The present crisis involving the Russian invasion of Ukraine will result in further disruption of progress in arms control.

It is not guaranteed that these norms will continue unbroken. In that sense, they are similar to more formally articulated undertakings that can also be broken, as detailed above. But they are foundational, and, if broken, no effort should be spared to return to them. They provide a point of departure for measures to further develop the regime of arms control. Without them, Krepon would argue, the arduous process of developing, negotiating and establishing politically or legally binding agreements would be even more onerous.

It’s time for the bishops to speak up again about the threat of nuclear war
J. Kevin Appleby

America readers will likely be aware that Pope Francis has declared that not only the use but even the possession of nuclear weapons (and thus nuclear deterrence) is immoral. This position is a clear benchmark for Catholics and others to engage with efforts for arms control, to support policies for the elimination of nuclear weapons at the earliest moment and to move beyond the many international and civil conflicts with their terrible human costs from the use of conventional weapons.

Arms control efforts related to both nuclear and conventional weapons are needed; both tracks are entirely Christian in their objectives; both respond to religious convictions throughout the world. Winning and Losing the Nuclear Peace is of great value as a guide through the history of what has been achieved and for pointing the way toward the revival of arms control.

This article also appeared in print, under the headline “An Age of Uncertainty,” in the June 2022, issue. 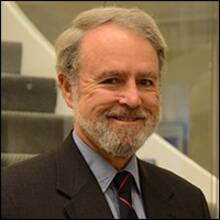 Pierce S. Corden has been an expert adviser to the Permanent Observer Mission of the Holy See to the United Nations since 2013.