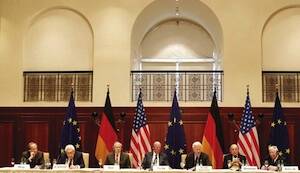 The rhetoric of a “world without nuclear weapons” is about to face political reality. In May the Nuclear Nonproliferation Treaty Review Conference convenes at the United Nations. Later this year the Obama administration hopes to begin the process of seeking United States Senate ratification of treaties to reduce strategic arsenals and ban nuclear tests. The outcome of these political processes will shape the direction of nuclear policy for years to come and will determine whether the goal of nuclear abolition is merely an aspiration or becomes an objective of public policy.

Political support for disarmament has increased in recent years, propelled by worldwide concern about the twin dangers of nuclear proliferation and a nuclear terrorist attack. The urgent need to address this deadly nexus has prompted a growing chorus of calls for disarmament. President Obama articulated this new consciousness in his historic address in Prague in April 2009, in which he pledged American leadership for concerted efforts to reduce and eliminate nuclear weapons. This commitment was on display in September at a special session of the United Nations Security Council, attended by heads of state and chaired by the president, that strengthened global nonproliferation programs and vowed to create the conditions for a world without nuclear weapons.

Leading the charge for nuclear abolition are two former United States secretaries of state, George Shultz and Henry Kissinger, a former defense secretary, William Perry, and a former senator, Sam Nunn. These unlikely “four horsemen” of disarmament have endorsed the vision of a future free of nuclear weapons and have identified concrete steps for moving toward that lofty goal. The steps include strengthening global nonproliferation efforts, negotiating a new agreement with Russia for deeper cuts in nuclear arsenals and bringing the Comprehensive Test Ban Treaty into force. The Shultz initiative in the United States is matched by similar efforts among high-level groups of former officials in the United Kingdom, Russia, Germany, France, Norway, Poland, Japan, Australia and other countries. Many of the national initiatives, following the model of the Shultz statement, are nonpartisan and cross-party in character; Democrats join Republicans in the United States; conservatives, liberals and social democrats speak together in Europe and beyond.

At its core the commitment to nuclear disarmament is a moral issue. It is an ethical response to the threat these weapons pose to human life. Archbishop Edwin O’Brien of Baltimore stated in a recent address at the Global Zero conference in Paris that the moral teaching of the Catholic Church is “profoundly skeptical” of nuclear deterrence and unequivocally opposed to any use of weapons of mass destruction. The church’s position “grows out of a deep and abiding commitment to protect life that is rooted in the teachings of Jesus,” O’Brien said. He reminded his listeners of the judgment in the “Church in the Modern World,” adopted at the Second Vatican Council, which states that the nuclear arms race is “an utterly treacherous trap for humanity,” and that mutual, verifiable disarmament is a necessary path to true peace.

The nonproliferation treaty has withstood major challenges over the decades and remains an essential pillar of international security. The treaty has prevented the cascade of proliferation that many feared in the 1960s and 1970s, when it was commonplace to predict that as many as two dozen countries would possess nuclear explosives by 2000. Only four countries have obtained nuclear weapons since the treaty entered into force in 1970, while more than two dozen have abandoned nuclear weapons development programs.

The treaty contains a grand bargain in which the five officially recognized nuclear weapons states (the United States, the United Kingdom, France, Russia and China) agree to “pursue negotiations in good faith” for disarmament, while all other states (184 nations) give up the nuclear weapons option. Three states—India, Pakistan and Israel—remain outside the treaty, and one, North Korea, has withdrawn. The treaty also guarantees the “inalienable right of all the parties to the treaty to develop research, production and use of nuclear energy for peaceful purposes without discrimination.”

There are inherent tensions among these provisions. The guarantee of the right to develop nuclear energy increases the risk of proliferation. The technologies, materials and scientific skills required for developing civilian nuclear energy can be used to develop nuclear weapons. The spread of nuclear technology complicates the challenge of maintaining a separation between peaceful and military uses of the atom. The treaty does not prohibit uranium enrichment or plutonium reprocessing, as long as these are under International Atomic Energy Agency safeguards. This makes the borderline between civilian and military uses the key focus of the inspection regime. It also creates technical difficulty and political uncertainty as to the nature of a contested nuclear program, like that of Iran. It is noteworthy that the claim to an “inalienable” right is exactly the language chanted in pro-government rallies organized by Tehran to protest foreign attempts to constrain its nuclear program.

Non-nuclear states have urged greater progress toward disarmament by the nuclear weapons states. This demand was stressed at the very first nonproliferation treaty review conference in Geneva in 1975 and has been prominent in every conference since then. Coalitions of nonaligned states, spearheaded by Ireland, Sweden and other countries, have criticized the five nuclear weapons states for not honoring their part of the bargain. Officials in the United States respond by pointing to the large reductions in nuclear stockpiles they have achieved since the end of the cold war. Many non-nuclear states, however, are not satisfied. They want an end to nuclear discrimination and more rapid progress toward disarmament.

At the treaty review conference in 2000, the nuclear weapons states committed themselves to an “unequivocal undertaking” to “accomplish the total elimination of their nuclear arsenals.” They also agreed to take 13 “practical steps” to fulfill the treaty’s disarmament obligation. Few of these steps have been implemented. This perceived disregard for disarmament pledges causes resentment over double standards and makes it more difficult to reach global agreement on urgently needed steps to stem proliferation dangers. To achieve the latter it is necessary to make progress on the former.

Disarmament issues may soon come before the United States Senate. Russia and the United States have negotiated terms of a new treaty to lower their nuclear weapons stockpiles. The proposed reductions are modest, but they are important in helping to re-establish momentum for nuclear reductions by the two major nuclear powers, which together possess more than 90 percent of the world’s 23,000 nuclear weapons. The new treaty also reinforces monitoring and verification protocols that are crucial to preserving confidence in the arms reduction process. Ratification of the treaty in the Senate will require the support of 67 senators, a two-thirds vote. Senate approval would not only assure continued progress on nuclear reductions but also help to improve U.S.-Russian political relations, which have become testy in recent years. The United States and Russia have many political differences on a range of issues, but they share a common interest in promoting disarmament and preventing nuclear proliferation. Ratification of the treaty will advance this common arms control agenda and foster cooperation on other security issues.

Following passage of the strategic reduction treaty, the Senate may be asked to ratify the Comprehensive Nuclear Test Ban Treaty. This will be a more difficult and contentious debate. A legal prohibition on nuclear testing would significantly advance nonproliferation and disarmament objectives, but the test ban treaty in the past has been caught in the vicissitudes of domestic politics. In 1999 a Republican-led Senate rejected the treaty 51 to 48. Whether the senators will be able to rise above partisanship to approve the treaty next year remains uncertain.

The United States and Russia have maintained a voluntary moratorium on nuclear explosions since the early 1990s, and neither country has plans to conduct tests in the future. Security officials in both countries support the test ban treaty because it helps to prevent the spread of nuclear weapons capability. Without the ability to conduct test explosions, states seeking to build nuclear weapons cannot be certain of the reliability or effectiveness of their weapons. Without a testing program, aspiring nuclear powers will not be able to improve and miniaturize warhead designs for deployment on ballistic missiles and possible multiple warhead systems. These are important protections that would help to prevent the emergence of new nuclear weapons threats.

Critics question whether a comprehensive test ban can be verified, but in recent years monitoring systems and detection technology have reached advanced states of reliability, in part because of the continuing efforts of the Comprehensive Test Ban Treaty Organization, which was established in 1997. The organization has an International Monitoring System of more than 300 seismic detection and monitoring stations all over the world. The United States and other member states also can monitor treaty compliance with their own highly sophisticated satellites and other intelligence means. Thousands of high-quality civilian seismic stations around the world provide further detection capabilities.

U.S. ratification of the test ban treaty would be important in its own right and might also serve as a catalyst to ratification by other countries. Action by the United States could lead to ratification by China, which would increase pressure on India to ratify as well. Pakistan would follow suit. U.S. ratification might also help to persuade Israel to ratify, which would make it easier for Egypt to do likewise. All of this, were it to come to pass, would be a major boost to the Nonproliferation Treaty regime. It would establish a pattern of reciprocal international endorsement that might be applied to future treaties, including a ban on the production of weapons-grade fissile material and an eventual prohibition on the production and possession of nuclear weapons.

The test ban enjoys strong political support among Americans. Opinion polls have consistently found majority support for the treaty among Republicans and Democrats alike. The U.S. Conference of Catholic Bishops and the Vatican have endorsed the treaty as part of a consistent life ethic. Many other religious bodies, scientific groups and professional associations have also expressed support for the treaty’s ratification. Whether this public support will be sufficient to overcome the spirit of partisan rancor in Washington remains to be seen. Much will depend on the degree of engagement by citizens, including religious leaders, to press for enlightened leadership on a vital matter of national and international safety. One hopes that the urgency of security can rise above the expediency of politics to create bipartisan support for protecting life and stemming the nuclear danger.p { margin-bottom: 0.08in; } 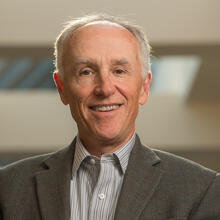 David Cortrightis director of policy studies at the Kroc Institute for International Peace Studies at the University of Notre Dame, Ind.

Is there no opposition to the treaties that is not unprincipled, unenlightened, and rancorously partisan?