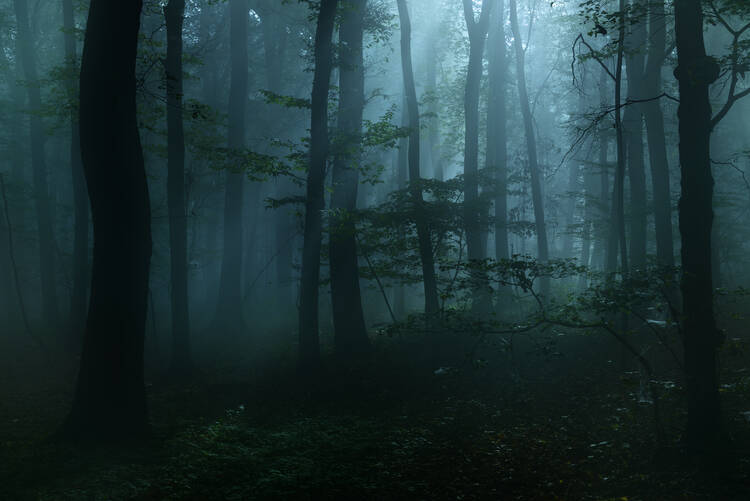 At first blush, a 200-page memoir by someone suffering from an obscure, lingering but non-fatal illness might seem a bit of an indulgence. But at the hands of a newspaper columnist with a gift for insightful story telling, The Deep Places by Ross Douthat becomes a provocative read for both the mind and soul.

Subtitled A Memoir of Illness and Discovery, Douthat’s latest is more than an exploration of the debilitating, demoralizing impact of Lyme disease. The author neatly relates how an experience of illness and suffering can lead to a search for answers to more transcendent questions, including the meaning of suffering and the gift of perseverance. Douthat also offers observations on how the medical community’s emphasis on consensus in treatment protocols can leave some patients in a quandary.

The Deep Places is especially effective in drawing the reader into the world of those who suffer from chronic pain, many of whom feel discounted, if not abandoned, by the established medical community.

The youngest Op-Ed columnist ever hired by The New York Times, Douthat previously worked as a senior editor at The Atlantic. In addition to his New York Times gig, he serves as film critic at National Review. Douthat, who converted to Catholicism in his teens, has gained a reputation as a conservative-minded “pontificator.” At least two of his six published works—Bad Religion (2012) and To Change the Church (2018)—have special resonance for Catholics with a concern for the future of the church and the papacy as a force for good.

On a recent “Jesuitical” podcast from America Media, Douthat described The Deep Places as “a radical exposure” story. It is also the author’s most spiritual work to date. The book is especially effective in drawing the reader into the world of those who suffer from chronic pain, many of whom feel discounted, if not abandoned, by the established medical community.

The book traces the author’s tortured path over a six-and-a-half-year period, beginning with the onset of symptoms of Lyme disease, proceeding to seemingly endless physical and emotional travails, and concluding with Douthat’s return to relatively good health.

Douthat describes the first few months of his illness, prior to being diagnosed with Lyme disease, in sobering terms. “I moved around the room like an acolyte tending to different altars—now planted on the toilet or hunched over it, now leaning heavily on the glass door of the shower, now standing at the sink staring at my haggard, puffy face.”

Ross Douthat in The Deep Places: "If God gave his son to the cross then a version of the same test is what every Christian should expect."

Around the time of his diagnosis, Douthat was in the midst of relocating from Washington, D.C., to a rural property near New Haven, Conn. He and his family were moving into the geographic area that had become all but synonymous with the spread of Lyme disease in the Northeast United States. Douthat writes that he likely contracted the disease in the Connecticut countryside, with one lowly tick bite unleashing a world of upheaval for the storyteller and his growing family:

But now imagine yourself as my wife, locked in a rambling house with a new baby and two daughters under six, with a sleepless, pain-racked, disease-obsessed husband who occasionally comes downstairs, strips off his shirt, and demands that you examine the red streaks on his back.... But insanity and paranoia and raw panic can envelop regions and cultures as well as individuals, and there’s no necessary reason that a single parent, like, say, your own husband—couldn’t also be participating in some kind of mass delusion, the self-reinforcing madness of the crowd.

Much of the drama in the memoir stems from the writer’s efforts not only to seek treatment, but to convince his doctors that his lingering debilitations were not the result of stress or emotional instability. While most Lyme disease patients respond to four to six weeks of antibiotic treatments, an unfortunate few show no signs of relief after months or—in Douthat’s case—years.

The struggle led him to seek out remedies beyond those recommended by mainstream medicine. The experience became a glimpse into how the medical community’s reluctance to venture beyond long-established protocols can relegate atypical patients to a medical limbo:

The incentive structures forged by the Centers for Disease Control (CDC) were a fascinating case study in how bureaucracy shapes science as much as the other way around, how without any conscious decision, let alone conspiracy, scientific research can end up pushed again and again down the same well-worn tracks. The narrow diagnostic criteria became the benchmark not just for doctors treating patients, but for researchers when they applied for public grants, so that Lyme research increasingly focused on only the most certain diagnoses and left all ambiguous cases and potential false negatives alone.

Douthat relates a watershed moment in his eventual recovery: a chance meeting with a Benedictine monk at a Chicago airport. The monk suggested that pain and suffering exist for purgation, refinement and redirection, rather than as examples of random, malicious misfortune. “Flying home, I told myself that the encounter with the Benedictine had been the turning point, the divine landmark on the journey back into the light,” Douthat writes.

An even more compelling component drawn from Douthat’s memoir is one man’s pondering on the meaning and purpose of suffering—a version of the more clichéd question, “Why do bad things happen to good people?” The illness and his relentless search for a cure—in both traditional medicine and some of its more esoteric offshoots, opened the writer’s eyes to the vast amount of “hidden suffering” throughout the world.

So little in my education had prepared me for this part of life, the part that was just endurance, just suffering, with all the normal compensations of embodiment withdrawn.... And precious little in the world where I still spent much of my increasingly strange life, the conjoined world of journalism and social media, seemed to offer any acknowledgment that life was actually like this for lots of people—meaning not just for the extraordinarily unlucky, the snakebit and lightning struck, but all the people whose online and social selves were just performances, masks over some secret pain.

The author suggests that the real Christian answer to the problem of suffering should be at the front of the minds of all Christian believers, “because if God gave his son to the cross then a version of the same test is what every Christian should expect.”

By the conclusion of the book, Douthat is back to his old self, but with some Lyme disease battle scars in view. In the end, however, it was not necessarily a crisis of faith for Douthat, because while he did despair and wallow in his suffering, he held fast to the view that there was something to be gained from it all. “The purpose of illness in your life has to involve finding something,” he concludes, “finding strength in learning how to endure, finding virtue in how to live for others, finding some hidden truth in unraveling the mystery of what actually ails you. And not to yield is often the hardest task of all.”

This article also appeared in print, under the headline “Suffering, Faith and Perseverance,” in the March 2022, issue.