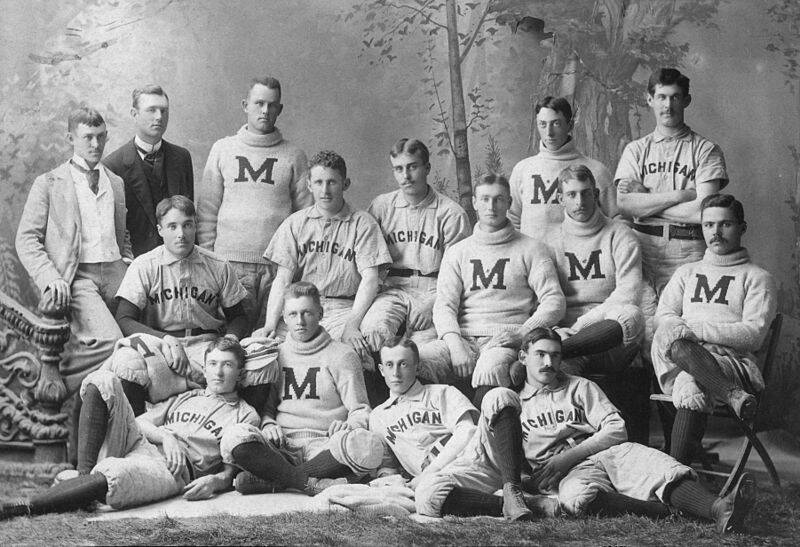 Heroic creativity is part of the American creed. Our fathers founded. Edison invented the light bulb; Bell, the telephone; the Wrights, airplanes. That’s how this country rolls.

Thus it makes sense that baseball has long inspired patriotic mythology. The first origin story, devised by a 1908 commission eager to prove baseball’s all-American bona fides, was that the Civil War general Abner Doubleday somehow invented the sport from scratch in Cooperstown, N.Y., in 1839.

That version of events is—as Thomas W. Gilbert writes in his brilliant new history, How Baseball Happened—“bullshit.” For as long as “it has existed as an organized sport, baseball has been telling weird lies about where it came from,” he writes. Others, notably the official historian of Major League Baseball, John Thorn, have done such splendid work debunking the Doubleday myth that few people still believe it.

What Gilbert’s book adds to baseball history is a rich, colorful description of the mechanics of baseball’s origins and an understanding of how thousands of part-time athletes, between 1850 and 1870, turned an informal game into a codified sport. “No one invented baseball, just as no one invented other cultural phenomena like rock and roll, bachelor parties, or brunch,” writes Gilbert. The writer is not an academic historian, and he tells his story in sharp, declarative, funny prose.

For as long as “it has existed as an organized sport, baseball has been telling weird lies about where it came from," writes Thomas W. Gilbert in a new book on baseball's origins.

Colonial America, like every civilization going back to ancient Egypt, played games with bats and balls, with the game being played a little differently in every town. Even today a trip to the dog park will remind you that there is nothing particularly mystical, or even human, about toying with a round object. It is primal, and glorious.

Since many 19th-century immigrants to the United States came from England, British iterations of bat-and-ball games, like cricket, were popular in much of the young country. But cricket was an upper-class sport, and was derided by a nation that had faced down the British Empire only decades before in a shooting war. “The War of 1812 might not be remembered by ordinary Americans today, but they stand up and sing about it before every professional baseball game,” notes Gilbert in one of dozens of the book’s sharp, witty asides: The famous verses of “The Star-Spangled Banner,” of course, come from Francis Scott Key’s poem about the British bombardment of Fort McHenry in 1814.

What really allowed baseball to take off was the flourishing of New York City and its professional classes. In the 20 years after 1850, part-time city athletes elevated baseball from a pickup game to an organized sport. Butchers, firefighters and merchant traders had more leisure time in the summer, and more people around them to play with, than did farmers. And they had a social purpose. These early baseball players held onto idealistic visions of improving health and sanity in crowded urban neighborhoods and of establishing a game that belonged to America and not England.

The birth of baseball in densely populated urban areas, especially Gilbert’s beloved New York City, belies the myth that the sport is, in its essence, rural.

The birth of baseball in densely populated urban areas, especially Gilbert’s beloved New York City, belies the myth that the sport is, in its essence, rural. “Playing baseball in a serious, organized way—with clubs, practices, uniforms, statistics, championships, and umpires—required the abundance, leisure, and freedom of city life,” Gilbert writes. Baseball as a sport was conceived between the streets before it was ever, in the words of Jimmy Breslin, “a sport for hillbillies with great eyesight.”

Organized by company and club, men of the city gathered on evenings and weekends to play early prototypes of modern-day baseball, adapting the rules to make their games more exciting and fair. The winner of the competition among 19th-century bat-and-ball games was the so-called New York game, with its system of three outs and a foul territory. The sport also served as a quasi-political movement. Many baseball pioneers had connections to movements like abolitionism, temperance and labor unions.

Gilbert’s book is a pleasant reminder of how baseball’s real origin story is much better than its early creation myth.

By the 1850s, amateur baseball was entertaining enough to attract spectators, many of them gamblers. One can trace the influx of money during those years to the birth of professional sports, an industry now worth well over $50 billion a year. Once you could sell tickets, you could pay players; and the moment money entered the picture, so did scheming owners and greedy players. Professional baseball in the United States is now a legal monopoly sold as commodified entertainment to the masses, but it has never been pure.

Reading Gilbert’s book, I couldn’t help but wish for a world where baseball as big business was not so enshrined in the culture that it has caused pickup games in American neighborhoods—what the old-timers call sandlot baseball—to basically die out. Why not head to the park and make up new games? Play with three bases or get rid of the shortstop, and see what happens. We could still love Major League Baseball. (My creed: Let’s Go O’s!)

Baseball’s All-Star Game has a lot to teach American Catholics about Communion and unity
J.D. Long-García

The establishment of baseball as the national pastime began when, in the second half of the 19th century, baseball missionaries (mostly from New York) spread across a booming land along new railroads and canals. Hundreds of thousands of these men had been soldiers in the Union army during the Civil War; and after the war they journeyed “to New Orleans to buy cotton, to Nicaragua with William Walker, to Cuba with the sugar trade, to the California Gold Rush, to the Upper Midwest via the Erie Canal, and to Washington, D.C., to serve in the government.” All baseball roads “lead back to New York,” asserts Gilbert, who may love the city even more than he loves baseball.

As the baseball season approaches its final weeks, Gilbert’s book, rich in character and anecdote, is a pleasant reminder of how baseball’s real origin story is much better than its early creation myth, and how the game, even professionalized, has always saved itself—not because anybody founded it, but because it belongs to all of us, and because it is so much fun.