Dana Gioia and 'The Catholic Writer' 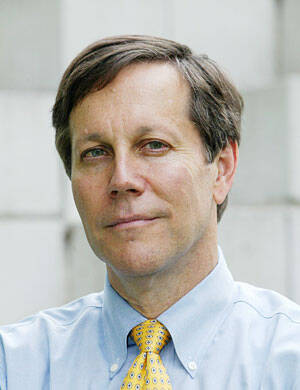 The December issue of First Things features an essay well worth a long morning on the porch and a freshly brewed pot of coffee. The essay, written by Dana Gioia, is titled "The Catholic Writer Today" (subscriber only). It begins with Gioia highlighting a paradox: "although Roman Catholicism constitutes the largest religious and cultural group in the United States, Catholicism currently enjoys almost no positive presence in the American fine arts -- not in literature, music, sculpture, or painting." If one asked a critic "to identify a major living painter or sculptor, playwright or choreographer, composer or poet, who was a practicing Catholic, the critic, I suspect, would be unable to offer a single name."

This paradox, he says, "marks a major historical change--an impoverishment, indeed even a disfigurement--for Catholicism, which has for two millennia played a hugely formative and inspirational role for the arts." Among the examples that confirm his thesis, Gioia provides this fascinating fact: "Between 1945 and 1965, Catholic novelists and poets received eleven Pulitzer Prizes and five National Book Awards (six NBAs, if one counts O'Connor's posthumously published Complete Stories in 1972)."

Gioia, himself a Catholic, is an exception to the decline he laments. A graduate of Harvard and Stanford, he is former chairman of the National Endowment for the Arts and currently professor of poetry at the University of Southern California. He has published four collections of his own poetry and three works of criticism.

Aware of the breadth of the topic, Gioia focuses his reflection on literature, "which provides a useful perspective on all the arts." But not just any Catholic literature; rather, "Catholic imaginative literature -- fiction, poetry, drama, and memoir -- not theological, scholarly, or devotional writing."

Gioia's extensive meditation is too long to analyze fully here, but there a few excerpts worth sharing. Early on, Gioia writes that what "makes writing Catholic is that the treatment of these subjects is permeated with a particular worldview." What are the distinguishing characteristics of a Catholic worldview? According to Gioia:

Catholic writers tend to see humanity struggling in a fallen world. They combine a longing for grace and redemption with a deep sense of human imperfection and sin. Evil exists, but the physical world is not evil. Nature is sacramental, shimmering with signs of sacred things. Indeed, all reality is mysteriously charged with the invisible presence of God. Catholics perceive suffering as redemptive, at least when borne in emulation of Christ's passion and death Catholics also generally take the long view of things--looking back to the time of Christ and the Caesars while also gazing forward toward eternity. (The Latinity of the pre-Vatican II Church sustained a meaningful continuity with the ancient Roman world, reaching even into working-class Los Angeles of the 1960s, where I was raised and educated.) Catholicism is also intrinsically communal, a notion that goes far beyond sitting at Mass with the local congregation, extending to a mystical sense of continuity between the living and the dead. Finally, there is a habit of spiritual self-scrutiny and moral examination of conscience--one source of soi-disant Catholic guilt.

Gioia goes on to describe "three degrees of literary Catholicism" and to scale the heights of these inquiries: "How can the current decline of Catholicism in American letters be accurately characterized? By what standard is it best measured and judged?"

In the answers that follow, Gioia makes no effort to mollify or spin. He knows he treads in delicate territory, which leads him, in the second half of his analysis, to make this acknowledgement:

By now I have surely said something to depress, anger, or offend every reader of this essay. It depresses me, too, but I won't apologize. If I have outlined the cultural situation of Catholic writers in mostly negative terms, it is not out of despair or cynicism. It is because to solve a problem, we must first look at it honestly and not minimize or deny the difficulties it presents. If we want to revitalize some aspect of cultural life, we must understand the assumptions and forces that govern it.

The collapse of Catholic literary life reflects a larger crisis of confidence in the Church that touches on all aspects of religious, cultural, and intellectual life. . . . In only fifty years, the patron has become the pariah.

Gioia rightly perceives that his essay will unsettle, and there are claims of his that I'd like to hash out over a Guinness (notably his assessment of the influence of Catholic magazines, including America and First Things, as "limited to a shrinking subculture"). Those questions aside, Gioia's piece is enlightening, thought provoking and worth a careful reading or three. It is an excellent piece to give to educators at all levels, and not just English or art teachers. In its historical overview and in its admonitions, there is something for everyone.

Matt Emerson
Show Comments (
10
)
Comments are automatically closed two weeks after an article's initial publication. See our comments policy for more.
STEVEN NOGA
9 years 2 months ago
The loss of an aesthetic sensibility within the Christian journey certainly contributes to the concerns that Gioia raises here. Encounters with beauty and wonder are often relegated to spaces outside of the Catholic Church. A distinction I find helpful here is thinking about the difference between a pilgrim and a tourist. A pilgrim sees from the inside, gently gazing on the wonder; the tourist encounters art, music, and literature often at a cursory level, staring at it for the time that the tour guide gives to the piece. This distinction seems to echo Rahner's famous quip that Christianity will have to rediscover its mystical element or it will soon die. Building space and finding time to encourage beauty, wonder, and awe within the Church and its various institutions is paramount. This is how future pilgrim artists are formed and transformed. As an aside, off the top of my head, I'm pretty sure that Alice McDermott ranks as the one contemporary author whose Catholic roots heavily influence her writing.
Matt Emerson
9 years 2 months ago

Steven: the distinction you identify is a helpful one to consider, and I actually haven't reflected on it for quite some time. The tourist makes me think of what Plato describes as "the lover of sights and sounds," the person who thinks he's worldly and knowledgeable but who's really just deepening his immersion in the trivial.

Beverly Schneller
9 years 2 months ago
A particular strength of Gioia's essay is its carefully researched survey and chronological overview of Catholic writers and writing in America from the 1940s to the present. By this act alone, he is able to advance our knowledge of Catholic writers at a time when, as he notes "the cultural establishment views faithful Catholics with suspicion, disdain, or condescension." In tracing the prevalence of anti-Catholicism, Gioia demonstrates that Catholic writers have needed to suppress their spiritual identities in order to thrive in the secular marketplace in a way that mirrors the decline of the influence of the Church as a whole in America. Yet, Gioia strikes a note of hope in the concluding paragraphs of the essay as he makes a truly catholic claim for Catholic writers "to create powerful, expressive, memorable works of art" which give voice to the authentic nature of truth and beauty. As noted in Mr. Emerson's review, Gioia has composed the kind of closely reasoned and fully developed essay that warrants not only re-reading to capture all the nuances of his argument but also wider exposure in both academic and artistic circles. This essay may well be the most important commentary on faith, culture, and the arts that we have as Catholics today.
Matt Emerson
9 years 2 months ago

Beverly, thanks for your insightful comments. I appreciate you taking the time to voice them. And you're right: Gioia's essay bears the mark of long immersion in the history of this topic.