Review: A baseball pilgrimage of spirituality, fatherhood and flawed humanity 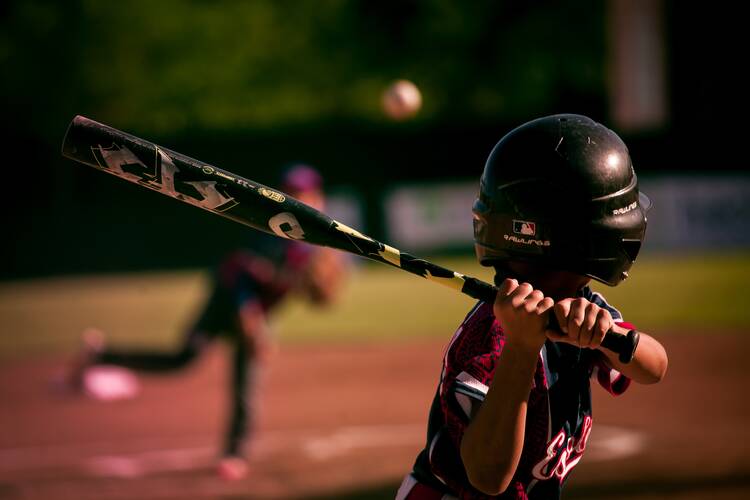 Photo by Eduardo Balderas on Unsplash

Brad Balukjian is a scientist who teaches natural history at Merritt College in Oakland, Calif. He is also a lifelong lover of baseball and a gifted writer, who, after a moment of inspiration while attending a game in Oakland, decided to open a pack of 1986 Topps baseball cards and visit each of the players whose cards were in that pack. His pack of 14 cards included players ranging from the mediocre to the great, and Balukjian was determined to meet as many of them as he could. He was going on pilgrimage.

Baseball lends itself to pilgrimage. Some people, like myself, try to see games at all 30 Major League ballparks (I’m up to nine); and in normal years, hundreds of thousands of people go to Cooperstown, N.Y., to visit the National Baseball Hall of Fame and Museum, baseball’s shrine.

But Balukjian’s pilgrimage was of a different sort. Instead of searching out only the greats, he was going on pilgrimage in search of the underdogs—those players who were good enough to make the Major Leagues but not good enough to find immortality in the Hall of Fame—to talk to them about life after baseball.

Most of the players Brad Balukjian met struggled with the shock of having to leave the game.

The Wax Pack: On the Open Road in Search of Baseball’s Afterlife is the product of this pilgrimage, and what resulted from Balukjian’s conversation with the “Wax Packers” is a series of stories that are strikingly intimate and revelatory. Most of the players Balukjian met struggled in some way with the shock of having to leave the game after giving their entire lives to it up to that point.

But the most prominent and moving theme that emerged out of Balukjian’s conversations with these players is the role fathers play in shaping the lives of their children, for good or for ill. While some players had reliable fathers, most of the dads “ranged from alcoholics to virtual strangers, with plenty of neglect and abuse in between.” Perhaps because I am myself a father of three boys, these stories of failed fatherhood hit home.

There is no hagiography in this book, no attempt to make these ex-players something they are not. What we get, therefore, is a book that is bracingly honest in its portrayal of human failure but equally powerful in its account of the possibility of redemption. The Wax Pack is one of the most enjoyable and moving pieces of baseball writing I have read in recent years. It may even come to be recognized as a classic of the genre.

This article also appeared in print, under the headline “Fields of dreams,” in the April 2021, issue.

@gregorykhillis
Provide feedback on this article
Join the conversation: Login or create an account
Before you can comment, you need to update your profile to include your first and last name, as required in our comments policy. Then reload this page and you'll be set up for commenting. Update your profile