The art of book reviewing 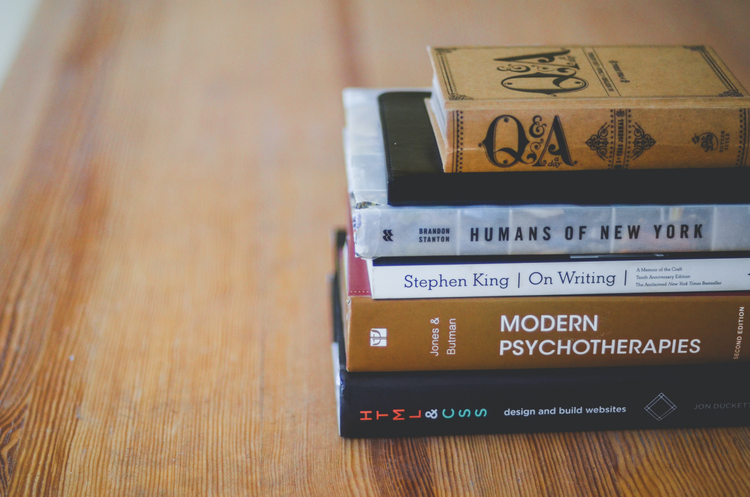 The negative book review is a play in three acts.

Then comes the backlash on social media: sometimes self-righteous, other times reasonable and necessary—especially if the reviewer gets needlessly personal.

The third act, though, is the most interesting. Maybe the reviewer was right, the whispers start. I was thinking the same thing.

If taste is subjective and judgments can be provocative (backlash, quiet backlash against the backlash), then critics occupy a curious role in culture. They are not quite powerless and they are never exactly powerful. They are curious, present and sometimes influential.

If taste is subjective and judgments can be provocative, then book critics occupy a curious role in culture.

“The world of reviewing is small,” says the sociologist Phillipa K. Chong, author of Inside the Critics’ Circle: Book Reviewing in Uncertain Times, and there is an unintended double meaning here. A critic has to write with some confidence and posture, but there is always the worry: Who cares?

The online world cares, apparently. A click-getter. When Camilla Long dissected Rachel Cusk’s memoir, Aftermath, for The Sunday Times, first came shock. Long calls the book “bizarre” in her opening sentence. After some summary, she concludes Cusk’s memoir “is crammed with mad, flowery metaphors and hifalutin creative-writing experiments.” Long was praised on social media as “deliciously savage” and “hilariously rude.”

Others who have wielded the critical hammer, like William Logan, are less lauded. Joyce Carol Oates has called Logan “the Rush Limbaugh of poetry reviewers.” Logan’s merciless review of Leonard Cohen’s posthumous collection of poems in The New York Times prompted one letter-writer to question, “Did Leonard Cohen steal William Logan’s girlfriend?”

Most reviews are not as sharp-tongued, but Chong’s book reveals that even critics whose reviews play it safe still worry about retribution. Chong’s exploration of the reviewer’s vulnerability feels especially appropriate today, when book reviewers might be concerned with sensitive—and sometimes hypersensitive—reactions to aesthetic criticism.

Chong spoke with 40 fiction reviewers and concluded that they are not “powerful tastemakers issuing edicts”; they are real, vulnerable writers working within a shaky market and writing for a skeptical audience.

The perception—and reality—is that book pages are dwindling, along with funds to pay the remaining writers.

She focuses on journalistic reviewers who “traditionally write reviews for daily or weekly publications,” as opposed to those who write for literary magazines or scholarly publications. But even if one writes for the local paper instead of The Paris Review, Chong does not think that the reviewer’s work is simple. She examines the sociologist Pierre Bourdieu’s idea of “reviewers as cultural consecrators, whose reviews effectively demarcate which books are worth knowing about—and which are not.”

Chong feels this religious metaphor is appropriate, considering that critical judgment “seems a rather mysterious process, involving the generation and maintenance of belief systems, as opposed to simply measuring objective underlying quality differences.”

Such a mysterious process can be challenging. I spoke with Vinson Cunningham, a staff writer for The New Yorker, who told me, “Sure, I feel vulnerable when I’m writing criticism, but not more vulnerable than anybody feels just walking around, living.” Cunningham is a theater critic for the magazine and has written on just about every other permutation of culture for the publication. He says that “part of what it means to be a critic is to say some awkward things—I’m not so sure we were ever all that popular.”

“Writing without risk is dead,” he says. “All I want to be is fair.”

I found that sentiment reflected in conversations with other critics. Anthony Domestico, who reviews books for The San Francisco Chronicle, The Boston Globe, Commonweal and others, says he feels “a responsibility to the text I’m engaging with—a responsibility to read it as intelligently and sympathetically as I can. That’s hard enough to do without worrying over how others might respond to my writing.”

The fact is, Domestico tells me, “critics will always be, have always been, criticized. That’s to the good.” He acknowledges that social media “has made this criticism louder; it’s at times flattened out important, and complicated, discussions that writers and readers should be having.”

This concern is reflected in Chong’s findings. She notes that critics have “expressed an acute awareness that the evaluative tenor of their reviews can have implications not only for the books they review but also for themselves as working writers.”

The perception—and reality—is that book pages are dwindling, along with funds to pay the remaining writers. Uncertainty about book reviewing is not merely a theoretical crisis. If sustained, engaged criticism dies, what remains? Outrage and flippancy over someone’s book is no substitute for careful consideration of its merits. Our culture suffers when our critical sense disappears. Critics are a check, in a way, against bad art. They outwardly articulate our instincts and help people see how art works—and when art doesn’t work.

As Chong describes, this concern is particularly acute in the world of fiction reviewing, where what she calls a “switch-role reward structure” occurs: “Authors are invited by the editors of book review pages to temporarily switch from their roles as producers of books to perform the role of reviewer of books—and then switch back again.” Editors often feel that novelists bring “an intimate understanding of the creative process of writing and an aesthetic sensitivity to the craft of fiction exclusive to people who have created fiction themselves.”

For Cunningham, that sense of critical honesty tempered by empathy feels in line with Cornel West’s idea of bringing a “Socratic energy” to how we engage with people: “at once loving and critical.” Cunningham says he lets that idea guide how he responds to art and then tries to “not think too much about what might come back my way.”

Cunningham’s view seems in line with what I feel is a charitable vein that can be followed within criticism: Critics should focus more on describing and understanding than on simply judging—less thumbs up or thumbs down, but instead trying to meet the work on its own terms, seeking to understand its components and aims: communion with a work instead of confrontation.

This article also appeared in print, under the headline “The art of book reviewing,” in the December 2020, issue.