We created our present-day crises. It’s uncomfortable but not unfixable. 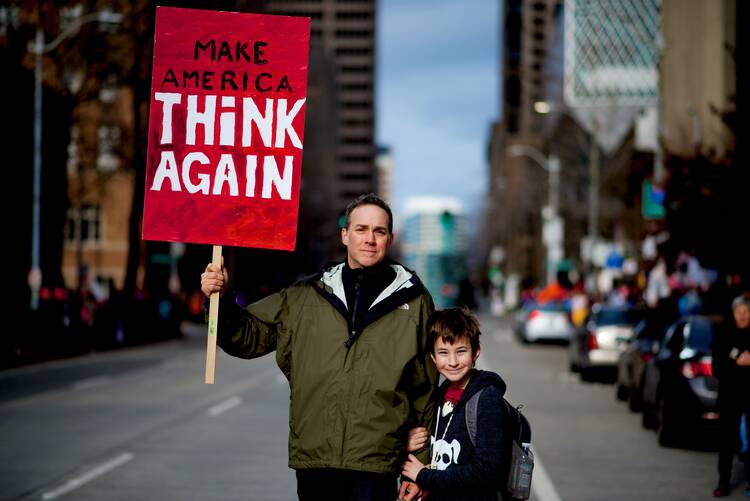 Photo by Jose M. on Unsplash

Jason Blakely’s excellent gadfly of a book opens with a date: Nov. 8, 2016. In case it has slipped our minds in the news cyclone of the past four years, that was the date Donald J. Trump was elected president. For many, this made it a shocking day, all the more because the experts upon whom we are accustomed to rely—the political prognosticators and poll takers and voter behavior connoisseurs—had so thoroughly failed to predict its occurrence.

How could this have happened? How could the prognosticators have led us so badly astray? Answers were not long in coming, of course. Bugs were eaten, and we grew accustomed to phrases like “shy Trumpers.”

But Blakely, an associate professor of political science at Pepperdine University, is not particularly interested in taking, say, Nate Silver to task. The deeper problem, he argues, is not that social science failed to prepare the public for a Trump victory but that the very theories that failed to predict the election were the same ones that helped to create the problems that led to its outcome. In Blakely’s hands, this seemingly small shift in perspective unlocks an entire array of insights about how the very tools we human beings use to try to understand the world in fact end up constructing it.

Readers can expect a few repetitions before this inversion starts to sink in. But when it does—when we start to see how contemporary social science is not in fact the dispassionate, mechanical description of the world it pretends to be but “a veritable factory of meanings, every bit as dynamic, poetical, and fecund as a creative writing department”—it is then that the fireworks start. But a further few words about the theory Blakely is using here may be helpful in seeing them.

The deeper problem is not that social science failed to prepare the public for a Trump victory but that the very theories that failed to predict the election were the same ones that helped to create the problems that led to its outcome.

Blakely is a proponent of what is termed “interpretive” social science, one that takes political science or sociology to be much more like the study of literature than biology. This is because the social sciences study not animal life but human beings, and human beings are self-interpreting animals. We have the utterly unique capacity to become like—to incarnate, we might say—the very theories we espouse. We imitate what we have imagined. Thus we are subject to what Blakely terms “double hermeneutic effects” because the very interpretations we make of the world escape our control. They loop back on us, penetrate our self-understanding, and become blueprints for our institutions and ourselves. It is we, whether we mean to or not, who build reality.

We Built Reality reads smoothly and quickly, in part, because rather than retreating into dry neutrality Blakely takes up the storyteller’s mantle and offers us a curated cultural map of the created crises of our present age. He shows us, for example, how Nobel Prize-winning economist Friedrich Hayek’s metaphor that society should be understood as a self-correcting machine has shaped our political imagination. It is because we imagine society as a self-regulating machine and government as an invasive tinkerer that it has become so easy to imagine that “government [is] bad at organizing, while this spontaneous thing called the economy [is] sleek and good at it.”

He shows us how the wildly popular Freakonomics sensation served to normalize the idea that all human behavior can be read as fundamentally egocentric. Self-interest, it taught us, was not “socially destructive or greedy but simply the rational, inescapable way of being human.” Blakely also shows how Stephen Pinker’s famous metaphor of the human brain as a neurobiological machine has looped back on us, changing our understanding of what, for example, a feeling is. If the mind is just a machine, then depression or anxiety (including the pandemic of anxiety sweeping the young today) has nothing to do with being attuned “to the reality of loss or injustice within society.” It is just a serotonin deficiency. We shouldn’t change society, Pinker’s metaphor tells us, but take the medicine.

But perhaps the most poignant and painful—and prescient—example Blakely offers of the double-hermeneutic effect comes near the book’s close: The death of Eric Garner at the hands of a New York City police officer. Garner, we are reminded, was under suspicion of illegally selling “loosies,” individual cigarettes. But how could so minor an infraction warrant such a lethal response? Of course, race must be taken into account when answering, but Blakely shows how race was layered onto another imaginative act: how social science has shaped the understanding of crime.

Jason Blakely shows us how the wildly popular Freakonomics sensation served to normalize the idea that all human behavior can be read as fundamentally egocentric.

Returning to the academic roots of the infamous “broken windows” policing strategy, Blakely shows how this strategy is based on a market model of criminal action. Like market actors, in this model, criminals were taken as making rational, egoistic choices. Since criminal behavior consisted of a calculation of whether the crime was worth the cost, discouraging criminal behavior became easily imaginable: Just make the penalties stronger. This market understanding of crime applied not only to serious offenses but to all of them, no matter how small. It was this unified market image of crime that led to the cascading logic of the broken windows metaphor: If this window is broken, why not just break another?

Blakely shows how this metaphor was much more than diagnostic. It “gave people a new way of organizing reality,” he writes. “Suddenly the fear that small infractions might lead to a crime wave was not paranoid...it was clear-headed, rational, and scientific.” Suddenly, selling loosies on the corner became not a small infraction but a crack in the window of our entire social order.

As insightful as it is, this is not a comfortable book. It does not justify the reader or reinforce the illusion that “we were right all along.” Nor does it provide us a comfortable political place to stand. The actions of Donald Trump and Joe Biden, the Obama administration and Milton Friedman are brought under the light of the double-hermeneutic effect. It is not easy to admit that the tactics we have used to master nature do not necessarily lead to mastery of ourselves. It is difficult to own up to the destruction wrought when, like the sorcerer’s apprentice, we see that our created theories have escaped our control and are now controlling us.

Which does not mean that this is a despairing book. Beneath the critical mood and the sting of looking for so long at the brokenness we ourselves have wrought, there is a hope not quite hidden in the three words of the title. Because if the double-hermeneutic effect is real, if it is indeed we who built reality, then it is we who have the capacity to rebuild it.

This is because, as the great political philosopher Hannah Arendt insisted, there is a “natality” to human beings. We are those things “whose essence is beginning.” As we approach another Election Day, it is possible that Blakely’s disruptive book can help us believe again that, for such beings, politics is never impossible. What we have built can always be built again.

Patrick Gilger, S.J., is pursuing a Ph.D. in sociology at the New School for Social Research. He is America’s contributing editor for culture.