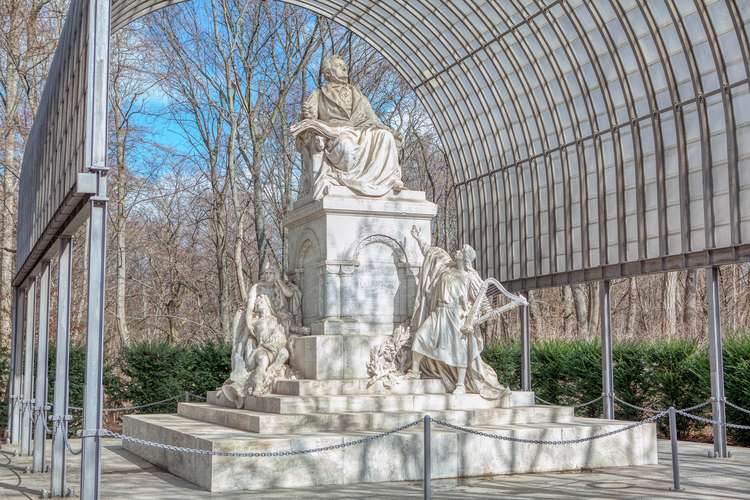 “This is a book about a musician’s influence on non-musicians,” Alex Ross says. That’s good, because I am a non-musician.

Ross is the premier music critic in the United States, and Wagnerism often includes detailed descriptions of compositions and performances. About “Das Rheingold,” the opening prelude to the “Ring” cycle, he writes: “Only after 136 bars—four to five minutes in performance—does the harmony change, tilting toward A-flat.” I have heard listeners to “Das Rheingold” say the sound is what God was hearing before the Creation. Others, more accurately to Richard Wagner’s intentions, say they hear evolutionary forces at work. “It is an emanation of primordial nature, the hum of the cosmos at rest,” explains Ross.

Can we comprehend today how a composer’s music might fuel anarchy? It did. One of the many illustrations in Wagnerism shows the Dresden uprising of 1849 with the famous soprano, Wilhelmine Schröder-Devrient, a “Ring” performer, exhorting the crowd from a window above the street. Wagner personally fueled revolution, as well. Ross writes: “In a fiery speech…he demanded the obliteration of the aristocracy, the imposition of universal suffrage, the elimination of usury, an enlightened German colonization of the world and, somehow, the self-reform of the king of Saxony.” He was arrested in the Dresden uprising and narrowly escaped prison by decamping to Zurich.

Wagner’s focus on usury, opposition to capitalism, declarations of evil in the world and his extolling of the virtue of art were done in ways that appealed to many Christians, targeted many Jews and led almost inevitably to fascism. He was also afraid of modernity: urbanization, multiculturalism, the media. When Nazism arose four decades after his death, Wagner’s sense of “holy German art” came frighteningly into view. The passion of complex music that had long brought Germans to tears became the soundtrack for violence and barbarity.

Can we comprehend today how a composer’s music might fuel anarchy?

Ross shows the effect that philosophers like Schiller, Hegel and Schopenhauer had on Wagner, and then the influence that Wagner had upon Friedrich Nietzsche. Nietzsche served as propagandist for Wagner’s ideas in his early published work. He also helped to raise funds to build Bayreuth, a theater-festival venue meant to incorporate the religious ritual of Oberammergau’s famous Passion Play and the performances of gods in the ancient Athenian Great Dionysia.

In France, Wagner shed his light upon Charles Baudelaire and the Symbolists, and Paris itself, in the 1860s. Napoleon III commanded a performance of the mythic opera “Tannhäuser,” a work that Baudelaire praised using traditional religious language. Other Parisian enthusiasts included Paul Verlaine, Émile Zola and the painter Paul Cézanne. They were all interested in the ritualistic, post-Christian implications of Wagner’s work.

In England, Wagner was at the heart of the revival of all things Arthurian. The sword in the stone is one of the motifs in the “Ring.” Also, his impact on novelist George Eliot as well as upon the Pre-Raphaelite Brotherhood is traced by Ross. Wagner later influenced T. S. Eliot’s The Waste Land, Virginia Woolf’s The Waves and the work of the Inklings C. S. Lewis and J. R. R. Tolkien.

Wagner’s focus on usury, opposition to capitalism, declarations of evil in the world and his extolling of the virtue of art were done in ways that appealed to many Christians, targeted many Jews and led almost inevitably to fascism.

Meanwhile, that first Bayreuth Festival, championed by Nietzsche before he rejected the master, was a financial failure, so Wagner contemplated a flight to the New World. What would have happened to his “holy German longings” of rebirth had Wagner landed in New York Harbor? “The image of Wagner in America…might make for a lively historical novel” someday, Ross muses provocatively.

Anyone interested in the Victorian era, the collapse of bourgeois Europe in the early 20th century, the Russian Revolution, World War I, the rise of Nazism and every notion of culture during that time will find much to ponder here. From the chapters on the United States, I found the discussion of Hollywood figures Alfred Hitchcock and Charlie Chaplin fascinating, and on Francis Ford Coppola’s “Apocalypse Now,” “captur[ing] an empire in its decadence,” an enduring Wagnerian theme, utterly convincing. “There is no path into the twentieth century—for good or evil—that bypasses Wagner,” Ross quotes another historian saying.

In the 21st century, Wagnerism lives on in what the author calls “fantasy culture: the increasingly vast body of novels, stories, comic books, films, television series and video games presenting alternative worlds of mythological or legendary character.” Think of the “Game of Thrones” books and television series, and the ongoing “Star Wars,” DC Comics and Marvel Comics franchises. In them all there is a power of place, mythical force, unsuspecting novices, questions of lineage and gnostic ways of knowledge that can be traced back to Wagner’s epics. Nietzsche declared: “Wagner sums up modernity. It can’t be helped, one must first become a Wagnerian.” May we survive it. The choice of “Shadow” in Ross’s subtitle was right on, for the effects of Wagnerism can be dark, mysterious and ominous.

Ross does not shy away from the legacy of racism and anti-Semitism long connected to Wagner and his devotees. There are hundreds of references, some running for many pages, of Wagnerian anti-Semites and racists.

Ross does not shy away from the legacy of racism and anti-Semitism long connected to Wagner and his devotees. There are hundreds of references, some running for many pages, of Wagnerian anti-Semites and racists. But Ross does not grapple enough with why many Jewish thinkers and artists have appreciated Wagner’s art despite the hatred toward them in it. Theodor Herzl, the founder of modern political Zionism, for instance, found inspiration in Wagner. Great musicians in Israel such as Zubin Mehta and Daniel Barenboim have fought passionately against public opinion for the right to perform Wagner in concert.

False Beauty? The tension between ethics and aesthetics in Wagner
Paul J. Schaefer

This is an interesting time for this book to appear. “Cancel culture” now has a name. I may even be one of its defenders, in that we’re at a point when I believe certain issues no longer deserve debate. Shall we deny basic rights to L.G.B.T.Q. people? There are not two sides to this. Are Jews and Blacks less than human, and should they be excluded from society? This is not an “issue” to be discussed. We can pull that statue down. So how could W. E. B. Du Bois, the great Black writer, say of Wagner’s musical dramas that “no human being, white or black, can afford not to know them, if he would know life”?

Ross’s final chapter, “The Wound,” includes this statement: “In the minds of many, Wagner still poses a palpable threat. Could the composer somehow stoke new horrors or rouse some future Hitler? In an age when classical music has a marginal role in mainstream culture, the possibility seems remote.” He probably wrote that a year or more ago. I wonder if he would rebuff the suggestion so easily today.

Finally, it is astonishing to read the accounts of the first audiences of “Tannhäuser” or “The Valkyrie” (part two of the four-part cycle, “The Ring”) weeping with joy or crying aloud in outrage. “Rapture” was also a common descriptor of what those who were there experienced. What an artist would give today to have an audience care so deeply for what they have created! I suspect it is unlikely to happen in our lifetime, but I also suspect the very possibility is what continues to fascinate many about Wagner’s life and work.

An earlier version of this article incorrectly identified Alex Ross as Jewish. He was raised in the Greek Orthodox church.

This article also appeared in print, under the headline “Larger Than Life,” in the Fall Literary Review 2020, issue.

Jon M. Sweeney is a frequent contributor to America and the author of many books.

@jonmsweeney
Provide feedback on this article
Join the conversation: Login or create an account
Before you can comment, you need to update your profile to include your first and last name, as required in our comments policy. Then reload this page and you'll be set up for commenting. Update your profile