Curtis Sittenfeld and the art of political fiction 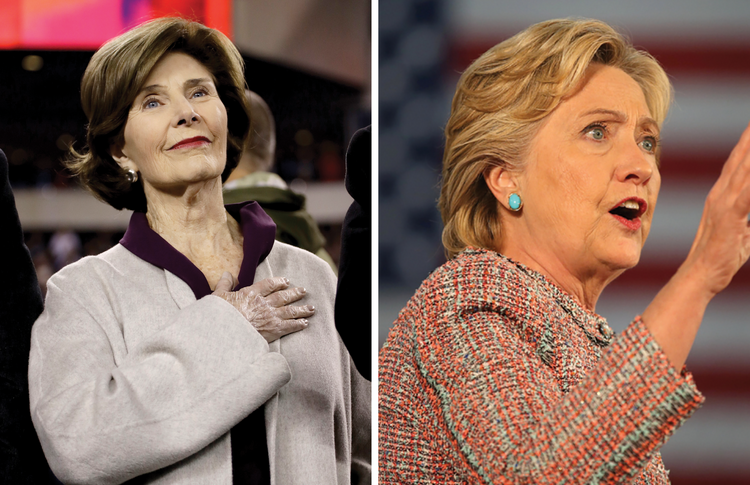 Published in May 2020, Rodham is based in its early parts on Hillary’s real life: her modest childhood, her spellbinding speech at her Wellesley graduation and her exciting dalliance during law school with a fellow law student and aspiring Southern politician named Bill Clinton. But in Sittenfeld’s retelling, Hillary refuses to marry Bill because of his chronic cheating and goes on to run against him for the presidency. And (spoiler alert) she wins, becoming the first female president of the United States.

Rodham is engaging, full of the evocative language and keen wit that power all of Sittenfeld’s novels. And it is creative, rife with the titillation of viewing these most public of public figures in the private lives that Sittenfeld creates for them. But despite all of Rodham’s strengths, the book is inseparable from its revealing—and, in my view, depressing—premise: that the imagined Hillary (forever “Rodham”) is a more inspiring and worthwhile protagonist than the real-life Hillary (“Clinton,” going on 45 years, or nearly two thirds of her life).

What would have happened if Hillary Rodham never married Bill Clinton? The likely answer is: Hillary would have been a very successful lawyer, law school dean or judge.

Rodham’s dust jacket asks, “What would have happened if Hillary Rodham never married Bill Clinton?” In truth, of course, the likely answer is: Hillary would have been a very successful lawyer, law school dean or judge, and most of us would never have heard of her. But the fantasy answer that Sittenfeld offers is that without the baggage of public association with an ostensibly regressive and undeniably sleazy Bill Clinton, Hillary Rodham would have been the president of the United States.

In Rodham, moral clarity eschews complication. Hence, the Hillary of Rodham is boring.

Of course she is, because she has been reduced to the sum of her most oversimplified virtues and permitted only the most ubiquitous and tiresome of 21st-century white-lady vices (she doesn’t always check her white privilege). And the Bill of Rodham is boring, too. Of course he is, because he has been reduced to the sum of his most oversimplified vices and permitted only the crudest and most timeless of ex-boyfriend virtues (he has extraordinary sex appeal).

But for 40 years, the real-life Clintons of U.S. politics have been anything but boring. That is partly because both Hillary and Bill are unique, brilliant, flawed people in ways that are complicated and confounded by the times in which they have lived. Bill’s sexual misdeeds, for example—both known and alleged—are unremarkable when judged against the long sweep of history, in which powerful men have always used and abused less powerful women with relative impunity. It is the changing contexts of Hillary’s and Bill’s lifespan—the entrance of massive numbers of women into the workforce, the public reckoning over sexual harassment, the “Me Too” movement—which (rightfully!) casts Bill’s sexual conduct in a light that is further from “boys will be boys” and closer to “this man is probably a sexual predator.”

It would have been interesting if Sittenfeld had looked at Hillary and Bill through the complex lens of these changing times, if she had imagined and embellished a private life for Hillary to go alongside a Bill that was, as the real Bill has been, simultaneously riveting and enraging. But to turn Bill into a simple villain, a bloviating boor who was “never good enough for [Hillary],” is to undervalue not only Bill’s intellectual and political merit, but Hillary’s as well.

Sittenfeld has said that people are always asking her whether she thinks the real-life Hillary has read Rodham. People seem to think that Hillary would be gratified by the heroic portrayal she is given in Sittenfeld’s novel. This leads me to conclude that what always seemed like an unfounded criticism of Hillary for seeming too robotic and not human enough as a presidential candidate was even further off base than I realized. Apparently, she actually wasn’t robotic or inhuman enough for us.

After all, in wondering whether Hillary has read and enjoyed Rodham, we are imagining her not as a human being, but as a fictional construction who would somehow appreciate the reduction of her life to less than the sum of its parts. We are imagining that she would feel gratified that a sympathetic novelist imagines that she would be a truly great leader. That is, if she had made different decisions, lived a different life, married a different person or no one at all, and not had her daughter or her grandchildren. In short, if she had been a different person.

We seem not to understand that after we have stripped Hillary of what we see as her liabilities, there would be no Hillary left. Human beings are not buffets from which you can take what is least problematic and most convenient, leave the rest and find what you took unchanged. We are more like cakes. You can’t extract the flour or the butter after the thing is baked and still call it a cake. Therefore, I am perplexed by the implication that the best we can do is to imagine that Hillary would have been great—if she were simpler for us to understand and explain.

This insistence on purity makes figures like Hillary and Bill impossible to classify reasonably. But if we want Hillary as a pure heroine, we cannot have a human being, full of both unique virtue and sordid vice, giving the keynote speech at the Democratic National Convention at which Hillary was nominated as the first female major party candidate for president (as Bill did in 2016). Instead, we want Bill recast as Hillary’s antagonist. Indeed, we need him to be that if we are going to continue to cheer Hillary on. Because anyone who is not purely good by our increasingly extreme and religious understanding of partisan politics—which, incidentally, includes anyone who is not indistinguishable from the robot into which Sittenfeld turns Hillary—must be purely bad.

But reality, like the realistic fiction that Sittenfeld (who has been exploring the human condition in all its confounding complication since 2005’s Prep) usually produces, is messier than that.

Today we do not want to consider popular figures with the kind of insight and sophistication that Sittenfeld masterfully wielded in her earlier novels.

In 2008, Sittenfeld published American Wife, a fictionalized account of Laura Bush’s life. In the novel, George and Laura Bush are dubbed Charlie and Alice Blackwell, and the storyline of their 30-year marriage is embellished and altered in many ways, even as it follows its real-life timeline and has Charlie serve as president of the United States.

Like Rodham’s Hillary, American Wife’s Alice is mostly virtuous and vanilla. But instead of being unsubtly cast as such opposite an unworthy ex-boyfriend who is ultimately vacuous and villainous, she is paired with a husband who is profoundly imperfect yet ultimately lovable. In American Wife, Sittenfeld gives us a conflicted interiority for Alice; she is both highly critical of and unwaveringly loving toward Charlie.

It was deemed possible, in 2008, to consider Bush a disappointing if well-meaning president and a loving if imperfect man at the same time. After all, for any character to be based on the actual human being that is Laura Bush, rather than on some nonexistent fiction of her, the person with whom Laura spent 30 years would have to be a human being, too.

In 2020, by contrast, our greatest fantasy is to inhabit a world so simple that there is no use for fantasy.

Thus, Sittenfeld was more willing to portray and engage the confounding complexity of George W. Bush in 2008 than she is to do the same for Bill Clinton today. I would wager that this says less about Sittenfeld’s understanding of the Bushes or the Clintons than it does about her keen observation of our cultural context, to which popular fiction ultimately answers. Today we do not want to consider popular figures with the kind of insight and sophistication that Sittenfeld masterfully wielded in her earlier novels. We want to reimagine them as convenient examples of the reductionism and oversimplification that we now insist constitutes reality.

Will Hillary Clinton make it to the White House?
Robert David Sullivan

But as every well-adjusted person must learn, human life in this fallen world is not and never will be fair. It is not and never will be a narrowly construed meritocracy. That is why the ability to navigate complexity and resist reductionism is arguably one of the most underappreciated democratic virtues. This is especially true in the realm of art, where politics and pragmatism should always take a backseat to the exploration of and appeal to our humanity.

Of course, both of the real-life Clintons have been around too long and too successfully not to embrace complexity and resist reductionism. Perhaps this is why they are so widely viewed as politically—and now, it seems, even artistically—passé.

This article also appeared in print, under the headline “The art of political fiction,” in the Fall Literary Review 2020, issue. 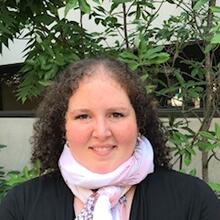 Elizabeth Grace Matthew works in online education at the University of Pennsylvania in Philadelphia.