Looking for a good summer read? Check out these books by authors of color. 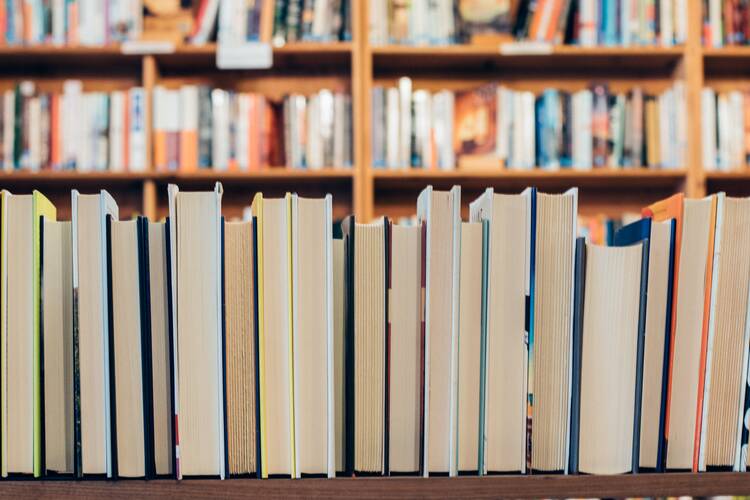 Photo by Jessica Ruscello on Unsplash

As the first-born Mexican-American daughter of immigrant parents, I was an anomaly to my family because I read. No one else in my family read much, so I would get in trouble for reading during family parties and dinners, or late into the night (habits I have not lost, by the way). While I am over my embarrassment of my love of books, the lessons I learned from my young reading experience have stayed with me.

There were not many examples of Latino writers telling stories about the Latino experience in the United States when I was growing up, and I never bothered to explore even the few that existed. After all, why did I need to read about what it was like to be a brown girl growing up on the West Coast when it was already my life? I lost myself in stories about girls who formed a babysitters’ club in a Connecticut suburb. Or a young, white, female detective who helped her dad solve crimes. That scenario would never in a million years happen to me, and I loved every second of it.

The events of the past few months have only solidified what I have learned over the years: how important it is to immerse ourselves in stories that are not our own. Reading fiction allows us to do this, to enter into the lives of people we don’t know until we finally get a glimpse of their minds and hearts, to empathize with their heartbreaks and accomplishments, to begin to understand that our lives might look different but we all seek the same thing: to be seen, understood and loved.

That is why this summer we are recommending books written by people of color. I hope you, the reader, pick up at least one of these books. We made it a point to choose books from authors who represent a wide array of communities, so that reading from this list will help anyone cultivate compassion, empathy and an appreciation for some phenomenal writers. I hope it challenges you to read more fiction and stirs your heart to approach the world we’re living in with a more compassionate point of view.

We made it a point to choose books from authors who represent a wide array of communities, so that reading from this list will help anyone cultivate compassion, empathy and an appreciation for some phenomenal writers.

Go Tell It on the Mountain by James Baldwin

This book provides insight into the experience of a Black man, John Grimes, in 1930s Harlem and his difficult relationship with the Pentecostal church. An excellent read bolstered by Biblical allusions and Baldwin’s poetic language.

Toni Morrison is a master of prose, one of the finest artists the United States has ever produced, and she is at her best with Sula. It is violent and intense, focusing on the complex and changing relationship between two women in rural Ohio. She uses natural imagery and Catholic themes to craft a truly beautiful story.

As I read the book, I was struck by Baldwin's honesty and vulnerability when writing about the complexities of love, masculinity and sexuality. And then I was stunned to see that the book was published in 1956. The courage it must have taken for Baldwin to tackle these issues publicly is astonishing. On top of all that, Giovanni’s Room is a beautifully written piece of art and a compelling read.

The Feast of the Goat by Mario Vargas Llosa

The unrelenting violence and sadism of some of the main characters can make this book a difficult one to read, but a rewarding one as well. It tells the story of a young woman who was traumatized during the reign of Trujillo in the Dominican Republic, set against the backdrop of the coup that overthrew Trujillo; she returns home years later to face her demons and come to terms with her family’s and her country’s history. I learned a ton about Dominican (and Haitian) history, and the prose also got me interested in Vargas Llosa’s other books.

The Blacker the Berry by Wallace Thurman

I read this book in college. It taught me that the effects of racism are multidimensional, powered by external and internal forces as well as horizontal and vertical realities.

I realized when reading this book that the landscape of the inner life of the African-American woman is an important one for me to come to know. I read this book when it first came out and fell in love with Toni Morrison’s glorious prose. Beloved is shattering in so many ways, and beautiful in all others. And the book started me on a kind of reading tour of African-American literature that took me from her books to Alice Walker to Zora Neale Hurston. So I am grateful to Toni Morrison for that as well.

Toni Morrison is a master of prose, one of the finest artists the United States has ever produced, and she is at her best with Sula.

I learned about the American experience from the perspective of someone completely different from myself. I learned what it is like to be an immigrant in this country. Also, despite the fact that she is Nigerian, Ifemelu is treated the same as African-Americans and “forced to grapple with what it means to be Black for the first time.”

This book shines a light on race, class and stereotypes we can all learn from today. Sometimes doing the right thing means breaking the rules. This is a great book, full of suspense at every turn. Ng’s characters are filled with rich descriptions that will make you feel like you know them personally.

Ceremony tells the story of Tayo, a half-Pueblo, half-white World War II veteran struggling with post-traumatic stress disorder and his own mixed-race identity, which leaves him alienated from both his Indigenous and Anglo communities. Through prose and poetry, Native American and European American storytelling, and a tapestry of interwoven plot lines, Ceremony proposes hybridity—accepting both of Tayo’s cultures fully—as the way for him to heal, reconciling his painful past with his present. A beautiful, challenging read, Ceremony, like Toni Morrison’s Beloved, taught me that reckoning with one’s personal and communal history is the vital first step toward being able to build a future not haunted by the past.

Before I read Homegoing, I had never thought about the trans-Atlantic slave trade from the perspective of the remaining African tribes who were also brutalized, mistreated and in some cases forced into marriages with white colonists in Africa. Homegoing also helped me visualize how systemic racism persists in societies affected by slavery, calling attention to the fact that historical traumas will continue passing from one generation to the next until we actively work to dismantle the systems that oppress marginalized communities. If you are looking for social justice fiction, Yaa Gyasi’s debut novel is a must-read!

The Poet X by Elizabeth Acevedo

It is not so much what I learned as it was a very authentic, fun, unvarnished, nuanced, smart and sweet account of the life of a girl in the Bronx and the complexities of family, romance and culture. Also, Elizabeth Acevedo gave a reading at Americaand it was super cool.

The Watsons Go to Birmingham—1963 by Christopher Paul Curtis

My 10-year-old daughter is reading this book this summer. The Watson family lives in Flint, Mich., after moving north from Birmingham, Ala., to find work in the auto industry. One summer, they drive back home to visit their relatives down south after many years away. It was revealing to see how a child slowly comes to understand what it means to be the subject of prejudice and even potential violence. This is a painful lesson that black children growing up in the ’60s—and, sadly, today too—had to learn. And there was no playbook for parents who had to impart these difficult truths.

A Very Large Expanse of Sea by Tahereh Mafi

This was the book I wished I had read in high school. It is a coming-of-age novel about a young Muslim girl navigating the complexities of high school post-9/11. Not only does she have to deal with falling in love for the first time (with someone who doesn’t look like her), but also with traumatic public bullying for being Muslim. What I loved most about this book was the beautiful way Mafi intertwined the complex family relationships that come with being the child of immigrant parents. Family is everything when you are a first-generation child, and this story weaves together a beautiful, difficult and heartbreaking story that everyone has to read, no matter your age.

A beautiful, challenging read, Ceremony taught me that reckoning with one’s personal and communal history is the vital first step toward being able to build a future not haunted by the past.

And some poetry too...

A collection of poetry might not be your typical summer reading to take to lounge at the beach or poolside. But in the odd summer of 2020, poetry might be just what we need—something quiet and contemplative for long afternoons of isolation; something to give voice to righteous anger over glaring injustice; something comforting and familiar when the world seems anything but. When times are tough, it could be helpful to turn to the pared-down, rhythmic tones of poetry. We have been doing this for millenia; it is no mistake that the Book of Lamentations is written in verse. In this list, we have chosen several collections of poetry by BIPOC (Black, Indigenous and people of color) authors whom we think are particularly moving in this moment. Like the Book of Lamentations, each of these collections cries out against modern injustice; but, like Lamentations, these collections also offer a brash kind of hope, deeply rooted in true love and joy for life.

I Don't Write About Race by June Gehringer

What I’ve Stolen, What I’ve Earned by Sherman Alexie

Whereas by Layli Long Soldier