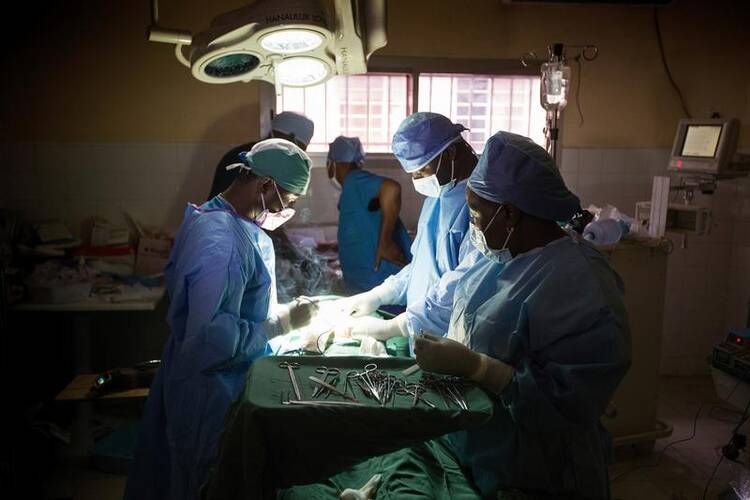 The title of Lawrence Wright’s medical thriller, The End of October, hangs over the story like a pall. Referring to an expected second onslaught of what Wright calls Kongoli Influenza, a killer pandemic, the title adds suspense to an already conflict-ridden plot.

The End of October by Lawrence Wright

The plot of the novel bears a disturbing resemblance to the Covid-19 pandemic raging across the globe, thereby ratcheting up the tension. But according to Wright, a Pulitzer Prize-winning nonfiction writer for The New Yorker, the resemblance is coincidental.

Wright’s compelling plot, which is set in the present, begins as a novel virus is found in a camp in Indonesia. It causes pneumonia and turns people blue as they bleed from body openings. When it hits the United States, it is particularly virulent in Philadelphia (as was the 1918 Spanish flu). Like the 1918 flu, it strikes young adults hardest and has an extremely high lethality rate.

The novel’s protagonist, Henry Parsons, is a microbiologist and an assistant director of the Centers for Disease Control and Prevention. He travels to Indonesia on behalf of the World Health Organization to investigate this new virus. When he realizes the lethality of Kongoli, he quarantines the camp where he is working. Unfortunately, his driver steals away to go on a pilgrimage to Mecca. Parsons hopes to stop him before he can spread the virus to millions of other pilgrims.

The plot of Lawrence Wright's The End of October bears a disturbing resemblance to the Covid-19 pandemic raging across the globe, thereby ratcheting up the tension.

The trajectory of the story proceeds from there, and the reader follows Henry as he tries to understand the virus and keep one step ahead of looming destruction.

When Parsons is not trying to save humanity, he thinks about the science of medicine and disease, viruses and bacteria, pandemics, extinctions, vaccines and the scientists who discovered them. In that sense, this well-researched story resembles John Barry’s nonfiction account The Great Influenza.

As Parsons wrestles with the virus and its devastating effects on civilization, he also struggles with belief in God. He debates the existence of God with his Muslim friend Prince Majid, who gives Henry a copy of the Quran. Parsons reads it in the novel’s darkest moment. Previously, Parsons had believed that religion was superstition and insisted that science would provide answers to mankind’s questions. But as this nail-biting story develops, he is not so sure.

This article also appeared in print, under the headline “Another Plague,” in the June 22, 2020, issue.

Diane Scharper is the author or editor of seven books. She teaches memoir and poetry in the Johns Hopkins University Osher program.

@bmorebooks
Provide feedback on this article
Join the conversation: Login or create an account
Before you can comment, you need to update your profile to include your first and last name, as required in our comments policy. Then reload this page and you'll be set up for commenting. Update your profile