Review: Baseball’s hidden rules (and what happens when you break them) 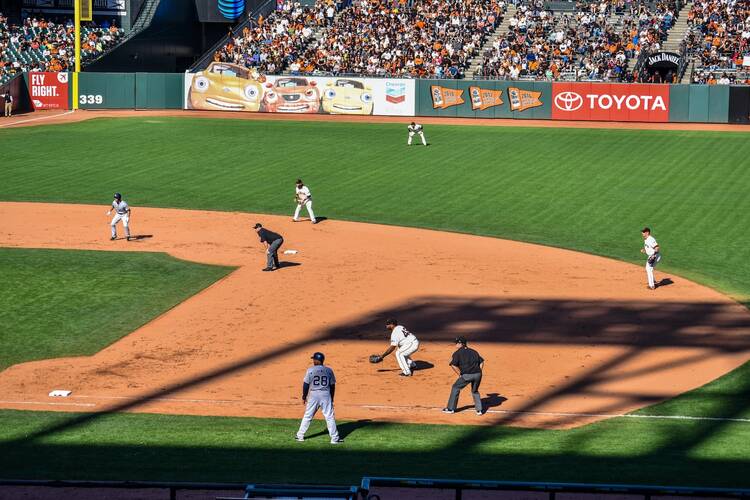 One of my childhood baseball heroes, the catcher Mike Scioscia, spent much of the 1980s crouching directly in the third-base line on throws to home, clearly blocking the plate. The umpires never warned him publicly—because they knew that he knew that they would also not punish a runner who absolutely cleaned Scioscia’s clock. (Many did. Scioscia usually held on.)

It was one of baseball’s many unwritten rules, an arcane and ever-changing palimpsest of customs and self-policing actions not always obvious to fans. While technology—particularly social media, analytics and instant replay—have had a significant impact on the way the game is played, many of these unwritten rules remain in place today.

In national baseball reporter Danny Knobler’s Unwritten: Bat Flips, the Fun Police, and Baseball’s New Future, he addresses both the ancient customs (when to drill an opposing batter in the ribs) and the modern (“starting pitcher” now sometimes means someone who pitches the first inning and then heads for the showers). “[M]y goal was to bring you up to date on how the modern game is played and what is expected,” Knobler writes. “I looked into how the growing internationalization of the game has affected what is accepted and what isn’t, and I went back in history to show that the players of yesteryear sometimes did the same things they might well be criticizing players for doing today.”

Baseball’s many unwritten rules are an arcane and ever-changing palimpsest of customs and self-policing actions not always obvious to fans.

It is a rollicking good read, full of colorful anecdotes and revelations of unwritten rules I had never heard. You can flip your bat, but only if you’re a superstar. Never run across the mound on your way out to the field. Latin Americans often have different rules about showing emotion than U.S.-born players. Context—and team culture—matters. “You can walk around your own house in your underwear,” one player is quoted, “but you can’t do that in your neighbor’s house.”

One cringeworthy moment of Knobler’s book occurs when he praises the World Series-winning Houston Astros of 2017 as a team that “still believed in playing the game hard and playing it right, in respecting the game and respecting their opponents.” The revelations of the last year have made it clear that the Astros were nothing of the sort. They used hidden video cameras and other forms of subterfuge to alert batters as to what pitch was coming. In another era, the players involved would have been banned from baseball for life. Instead, when baseball returns, I have no doubt that certain Astros will receive a more primitive and yet time-honored form of justice.

Clayton Kershaw can still throw a fastball to the ribs as good as anyone.

This article also appeared in print, under the headline “Ever ancient, ever new,” in the May 11, 2020, issue.