Review: Barry Lopez on the mystery of distant environments 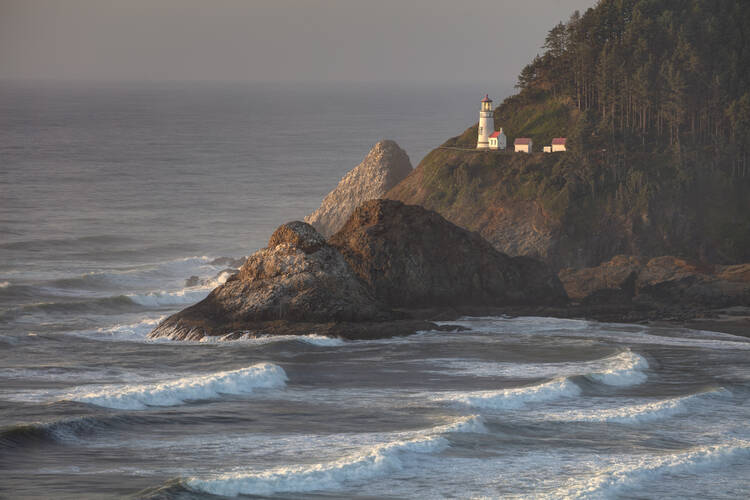 The title of Barry Lopez’s book, Horizon, holds multiple meanings which surface and then submerge throughout the text like dolphins in the wake of a great ship. At times, the horizon is a temporal marker (looking backward to humanity’s origins and forward into the future of the planet); elsewhere it functions as a liminal space beyond which one cannot see, where anything is possible and imagination reigns. It is, of course, also the literal view of the farthest tilt of earth one can see, the line between land (or water) and sky. This last meaning, the physical horizon, is nearly as abstract as the first two—appearing differently to different people at different times and in different places, as it does for Lopez when he first travels to the places described in the book and then when he visits them again later in life.

The book describes his experiences at six remote sites around the globe: a rugged cape on the Oregon coast; centuries-old human settlements in the Canadian high Arctic; the complex biome of the Galápagos Islands; early-hominid fossil grounds in northern Kenya; a British imperial penal colony in southeastern Australia; and fields of meteorites on the vast ice of Antarctica, the only continent without an internationally recognized territorial claim.

Horizon defies genre. It is not just “travel writing,” in part because of Lopez’s vast interdisciplinary knowledge and analysis and also because the places he visits and the people who guide him are inaccessible to those without his connections and renown. Because of his experience as a writer, explorer, certified diver and more, he is invited into challenging geographical and cultural realms where even he at times feels daunted. Its insights reveal Lopez’s deepening brilliance over decades of travel and thought.

An accomplished chronicler of the beauty and mystery of distant environments—his 1986 Arctic Dreams: Imagination and Desire in a Northern Landscape won the National Book Award—Lopez writes that his purpose in penning Horizon was to see how his own perspective had changed from when he visited these places the first time. Places change over time, of course, but so do the traveler’s ethics, knowledge base and aesthetic sense. He also notes that he wanted “to create a narrative that would engage a reader intent on discovering a trajectory in her or his own life, a coherent and meaningful story, at a time in our cultural and biological history when it has become an attractive option to lose faith in the meaning of our lives.” Pointedly, he adds, “At a time when many see little more on the horizon but the suggestion of a dark future.”

The concept, influence and passage of time is a major theme running through the book, which is not surprising given that the title of his early research for Horizon was “The Shape of Time in Remote Regions.” For Lopez, the awe he experiences in these places, with their unique windows into geological time and the arc of human history, is the crucible in which he develops a new understanding of his own past and a realization of the common human effort to “look back over our lives, trying to make sense of what happened, to see what enduring threads might be there.” He has an impressive knack for recounting his observations from both an individual and communal standpoint—as Lopez the man and as one tiny fraction of the human race.

Using geographical descriptions as his main framework, Lopez seamlessly incorporates observations and insights from the humanities and sciences. In a lesser writer’s hands, the shifts in time and place throughout the narrative, sometimes within the same paragraph or sentence, would be dizzying. But Lopez’s consciousness of the relevant connections between a dazzling array of memories and experiences produces a unified whole that is considerably greater than the sum of its parts.

He proposes that awe and mystery are just as important (or more than) empirical observations and theory for comprehending the complex trajectory of human and planetary existence. He cautions against the rationalist tendency that “discounts awe and mystery, as though the capacity to respond to reality in this way was something to outgrow.” The wisdom gained by a stance of humility can reveal much about ourselves and our relationship to the natural world. One example is the diminished anthropocentrism engendered by time spent in the frozen starkness of the seventh continent. On Antarctica, as in much of the world’s so-called extreme environments, he realizes, “The world outside the self is indifferent to the fate of the self.”

In Horizon, Lopez’s consciousness of the relevant connections between a dazzling array of memories and experiences produces a unified whole that is considerably greater than the sum of its parts.

Notably, Horizon provides the reader with a deeper appreciation for diversity—particularly cultural and racial—not merely for the sake of inclusion and equality but also because of the importance of different epistemologies for the survival of humanity and the planet. Lopez repeatedly emphasizes the value of including and even prioritizing the voices of indigenous peoples. If we do not listen to the insights of these “keepers of wisdom,” he cautions, we will miss out on a positive revolution in ethical instinct that could well be the only path to evading the dystopian future we now face. It is a warning that is remarkably consonant with a passage in Pope Francis’ recent apostolic exhortation, “Querida Amazonia” (No. 44):

The pattern of thinking of indigenous peoples offers an integrated vision of reality, capable of understanding the multiple connections existing throughout creation. This contrasts with the dominant current of Western thought that tends to fragment reality in order to understand it but then fails to articulate the relationships between the various fields of knowledge.

Not all of us can go to the places Lopez writes about here, but we can certainly benefit from the “revision of received wisdoms and the shedding of prejudices” he so eloquently describes.

Although Lopez emphasizes that no one culture can know “precisely how the world is hinged,” he nonetheless endorses the view of some anthropologists that “the presence of elders is as important as any technological advancement or material advantage in ensuring that human life continues.” One of the many times he realized the depths of his own (and Western civilization’s) ignorance of this was during an encounter in 1979 with residents of a small Eskimo village in Alaska. He remembers asking himself: “Why did I know so little about these people?... Why weren’t their insights into life’s predicaments a larger part of the growing international discussion about human fate?”

He acknowledges the paradox of our species’ flawed morality—“We are the darkness, as we are, too, the light”—but he also emphasizes the need to seek what Reinhold Niebuhr called proximate goals, “working still to lessen the degree of cruelty and to increase the reach of justice in every quarter.”

Daunting in length and largely devoid of dialogue, Horizon is nonetheless an engrossing read. Lopez’s descriptions of physical, cultural and what he suggests could be called “moral” geography—which “over time inaugurates a social ethic among the people wedded to that place”—are poetic yet unflowery, enlightening but not at all pedantic. He is generally aware of his privileged status as a well-connected American male, and he earnestly attempts to branch out from the hermeneutical lens to which his societal position defaults. Not all of us can go to the places Lopez writes about here, but we can certainly benefit from the “revision of received wisdoms and the shedding of prejudices” he so eloquently describes.

This article also appeared in print, under the headline “The Mystery of Distant Environments,” in the Spring Literary Review 2020, issue. 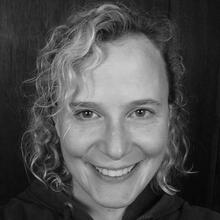 Jill Brennan O’Brien is an editor at Orbis Books in Ossining, N.Y. She holds a doctorate in theological ethics from Boston College.