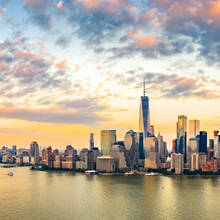 FaithFeatures
Our Lady of Manhattan: What I learned praying the rosary while biking around New York City
Matt Malone, S.J.October 08, 2021
During the pandemic, Matt Malone, S.J., e-biked and prayed around the perimeter of Manhattan—which happens to look almost exactly like the pattern of a rosary. 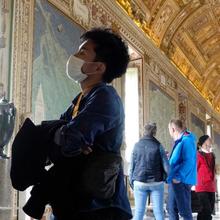 Politics & SocietyNews
Safety a priority as Vatican Museums eyes reopening, official says
Junno Arocho Esteves - Catholic News ServiceMay 11, 2020
Officials in Vatican City are cautiously preparing protocols for reopening various sites to the public so that people will be safe from the coronavirus.
Arts & CultureBooks
Review: Barry Lopez on the mystery of distant environments
Jill Brennan O'BrienApril 24, 2020
Barry Lopez's new book describes his experiences at six remote sites around the globe: a rugged cape on the Oregon coast; centuries-old human settlements in the Canadian high Arctic; the complex biome of the Galápagos Islands; early-hominid fossil grounds in northern Kenya; a British imperial penal colony in southeastern Australia; and fields of meteorites on the vast ice of Antarctica. 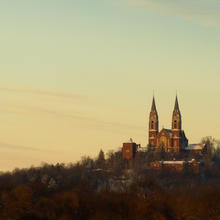 FaithFaith in Focus
You don’t need to travel to Europe to go on pilgrimage. Our Lady came to Wisconsin, too.
Vincent StrandFebruary 17, 2020
A Jesuit finds God in the familiar on the Wisconsin Way
Arts & CultureBooks
Review: A travelogue on God, Darwin and the Galapagos Islands
Christiana ZennerJanuary 10, 2020
Brian McLaren’s 'The Galápagos Islands: A Spiritual Journey' is both a travelogue and a spiritual memoir. 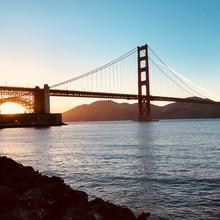 FaithFeatures
A Jesuit’s guide to finding God in California
Jim McDermottJanuary 09, 2020
Again and again I have watched Californians find a way beyond the categories they are supposed to occupy.
Subscribe to Travel