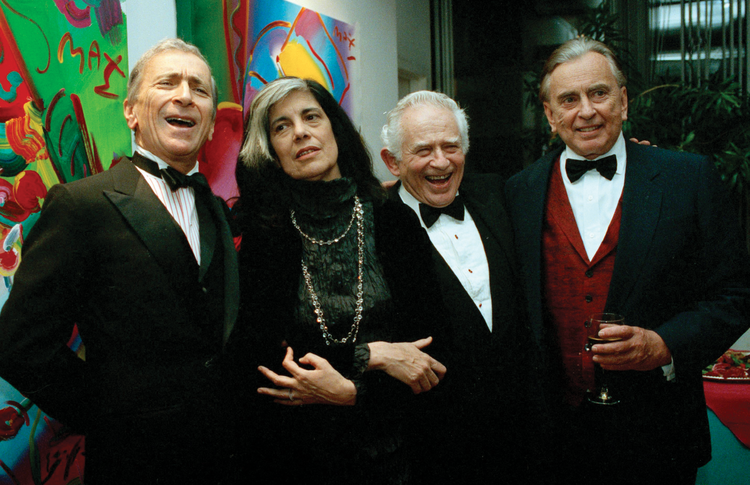 For the first 704 pages of Benjamin Moser’s compendious biography of Susan Sontag, I enjoyed imagining what Sontag herself would make of his efforts, were she alive. After all, as Moser notes, “One of Susan Sontag’s strengths was that anything that could be said about her by others was said, first and best, by Susan Sontag.” Moser makes this clear in quoting from Sontag’s personal journals and also in thoughtfully and persuasively revealing the hidden array of self-consideration and self-reference in much of her public writing. In other words, no one other than Susan Sontag would be the supreme reviewer of a biography of Susan Sontag (ideally, one that she authored herself).

But all of this happy speculation about her response to Moser’s work gave way, on the biography’s final page, to fear. Moser makes a concluding statement about Sontag’s lasting importance by evoking the pilgrimage-like activity that has attached itself to her gravesite in Paris’ famous Montparnasse Cemetery since her death in 2005:

The black slab covering her remains grew into one of the most visited destinations in a cemetery packed with the illustrious dead, and was often heaped with flowers or stones. Yet in an ironic tribute to her life, it was not Susan Sontag’s body these visitors honored. It was what she stood for. After her death, it no longer mattered, exactly, that she had written bad books and well as great ones, or said dumb things as well as brilliant ones, or been wrong as well as right. The same could be said about any writer. What mattered about Susan Sontag was what she symbolized.

I’d bet my weight in caviar and old copies of Partisan Reviewthat Sontag would rage at the notion that her lasting achievements had to with what she symbolized for others, as opposed to what she wrote.

Moser reveals how someone who grew up a secular Jew in homogenous and conformist middle-class 1940s America—in Arizona and then suburban Los Angeles—became “America’s last great literary star, a flashback to a time when writers could be, more than simply respected or well regarded, famous.... Her success was literally spectacular: played out in full public view.” Physically striking, Sontag across her career was photographed by the likes of Irving Penn, Andy Warhol, Henri Cartier-Bresson and Richard Avedon, and also by her longtime companion, Annie Leibovitz. She was, in one of the many ironies of her life, ostensibly the object of such serious visual attention because of her writing, not least her writing about the complex moral and ethical considerations of representing human life through photography.

She had interests and ambitions from an early age that pointed her in the direction of eventual full public view. As a young girl, she wanted to be like Marie Curie and win a Nobel Prize. She was warned by her stepfather that too much reading would make it hard to find a husband. She went up to kids at her new school and asked if they were in the gifted program before deciding whether to befriend them. She attended the University of Chicago by the age of 16 and impressed professors by writing authoritative correctives to T.S. Eliot’s reading of Djuna Barnes’s Nightwood. She met and married her husband, the Chicago psychology professor Philip Rieff, in a matter of days after first becoming his research assistant.

Susan Sontag had interests and ambitions from an early age that pointed her in the direction of eventual full public view.

Her marriage to Rieff produced a child, David, in 1952, when Sontag was 19, creating a new context for the continued playing out of a raw and jagged relationship to her own mother and to maternity and family life more generally. This would eventually have public and professional dimensions after her son grew up, became Sontag’s book editor at Farrar, Straus, and Giroux (at her insistence) and pursued his own career in writing, with his mother serving as his most formidable advocate, critic and occasional competitor. The following comes from a letter Sontag sent to a colleague, quoting her son’s response to learning of her writing plans regarding the mid-1990s war in Bosnia, which they both investigated directly at real personal peril: “Couldn’t you leave me this one corner of the world as my subject?”

She couldn’t leave it to David, out of a veiled combination of ego and good intentions, just as decades earlier she made an opposite decision in response to the coming together of writing and family. In the late 1950s, Sontag’s then-husband was working on a major study of Freud; it was eventually published under his name but was substantially written by Sontag. She agreed to this invisibility in exchange for a gradual dissolution of the marriage that began with her pursuing graduate studies in Oxford, which she soon abandoned for a bohemian intellectual life in Paris. She eventually returned to the United States and took a job at Commentary in New York in 1959. Thereafter, she might have just lived out her endearingly cerebral hope—“My greatest dream...was to grow up and come to New York and write for Partisan Review and be read by 5,000 people”—were it not for a newsmaking essay she wrote in 1964, “On Camp,” for that journal, which led to her being read and seen and known for the rest of her life.

In tone, evidence and argument, the essay, which is dedicated to Oscar Wilde, made the case for the deep connectedness of high and low culture. Sontag reveals this relationship through an intellectually rigorous, deeply read and serious-minded consideration of unconventional, experimental and intentionally playful of-the-moment forms of contemporary art and culture. “Like so many of Sontag’s best writings,” Moser notes, in a particularly strong assessment, it “was effective at the time, and remains effective now, for the feelings it gives: of insiderness...a guided tour.... Sontag’s ability to make apparent previously invisible connections [between pairings like Caravaggio and Jayne Mansfield, and John Ruskin and Mae West] is what makes this essay—along with its prankishness, its mischief, and its humor—a work of critical genius.”

Sontag's newsmaking 1964 essay, “On Camp,” led to her being read and seen and known for the rest of her life.

Setting the defining pattern of her career, Sontag provoked intense responses with the essay. Some of her peers attacked her for subverting the high, Eurocentric sense of culture and tradition that she otherwise so robustly affirmed; others welcomed the liberating, animating spirit of her essay. Either way, people—and not just Partisan Review readers—were paying attention to her. Sontag was written up in Timemagazine and The New York Timesafter “On Camp” was published, and soon she was dining at Elaine’s with the likes of Leonard Bernstein and Jackie Kennedy. The latter’s brother-in-law, Bobby, was one of many men, according to Moser, that Sontag had a brief affair with; others included Warren Beatty, Richard Brodsky, Jasper Johns and her longtime publisher, Roger Straus, who served as her financial backer, providing outsized book advances that were quickly spent by way of Sontag’s penchant for extravagant living. (She enjoyed caviar and the Concorde.)

But other than her son David, men were, for Sontag, a decidedly secondary interest. She never publicly acknowledged her sexuality in its fullness and rejected even the most sympathetic queries about it—just as she didn’t explicitly mention her 1970s experience of breast cancer in writing Illness as Metaphor and also resisted using her profile to draw attention to the situation of gays and lesbians during the AIDS epidemic in the 1980s. But Sontag pursued, over decades, numerous passionate and volatile affairs with women from various cultural and geographic locations. Her romantic life took a more stable turn when she met Annie Leibowitz, and they entered into a long-term relationship. Despite Sontag’s habit of publicly humiliating Leibowitz for being unread and dimwitted by her standards, Leibowitz was devoted to her and drew on her own considerable resources as a famous photographer of the famous to provide a near-infinite amount of material comforts to Sontag, while also making it possible for her to keep at her writing, filmmaking and wider intellectual warlording.

The Genius of Compassion
Brenna Moore

Sontag regularly turned on Leibowitz, just as she was wont to berate admirers for celebrating her nonfiction writing over her novels; she could make public declarations in support of the North Vietnamese in the middle of the Vietnam War and later claim Reader’s Digest offered greater insights into communism and its failings than The Nation or The New Statesman; she inspired fellow writers and intellectuals into taking action against the fatwa on Salman Rushdie, but she also offered an intellectual defense of the motives behind religiously inspired terrorism against the United States mere days after the attacks of Sept. 11, 2001. Later, she challenged European audiences to think beyond their reflexive anti-Americanism. Rather than try for a master insight on Sontag’s recalcitrant, oppositional tendencies, Moser instead presents her in the fullness of these complications.

She argued everything and took on anyone until the end, as when she was informed that a new bout of cancer was terminal, weeks before she died. “A doctor’s assistant tried to comfort her,” Moser writes.

“You might want to take this time to concentrate on your spiritual values.”

“I have no spiritual values.”

“You might want to take this time to be with your friends.”

“I have no friends!”

Whether right or wrong, she was, until the very end, first and best, Sontag.

This article also appeared in print, under the headline “Her ‘greatest dream’ came true, and then some,” in the December 23, 2019, issue. 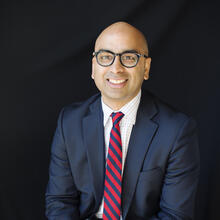 Randy Boyagoda is a professor of English at the University of Toronto, where he serves as Principal of St. Michael’s College and holds the Basilian Chair in Christianity, Arts, and Letters. His latest novel is Original Prin.