The Genius of Compassion

By reputation, Simone Weil is a writer about whom we cannot think apart from her body: the starvation that ushered in Weil’s tragic demise at age 34; her refusal to indulge in sugar as a young child during wartime privations; the horrible outfits; “her homeliness, her physical clumsiness, her migraines, her tuberculosis” (to draw from Susan Sontag’s famous litany). “By the age of fourteen,” Mona Ouzouf wrote, “she had achieved beyond her wildest dreams her plan not to be attractive.”

Despite the fascination Weil’s physicality exerts on our imagination, she was above all a thinker, and Eric O. Springsted has gathered a wonderful collection of 10 essays by her on just that. The essays are not merely Weil at her most speculative, but her reflections on the process of thinking itself. Taken together, they “take up what she thought thinking is and ought to be and hence what she thought she was doing in writing all that she did.” In that alone, the book casts aside our habitual ways of remembering Weil and clears entirely fresh ground.

Each of the 10 essays is relatively short but packs a punch, as Weil’s writing tends to do. They were all written in the last three years of her life, from 1940 to 1943, a feverishly productive and intensely experimental time for Weil. She was living for the most part in Marseilles, where she had gone to work in the resistance after fleeing Paris, just as the Germans descended. The texts Springsted selected for inclusion offer much to English-speaking readers, novices and scholars alike. Three of the essays are published in English translation for the first time, and several others are dusted off from older volumes now out of print, presented here in fresh new translation. Simone Weil: Late Philosophical Writings makes a perfect companion to the best-known and most accessible of Weil’s writing today, Waiting for God, which focuses more on her spirituality than on her philosophy. (Both volumes are slim, affordable paperbacks with excellent essays and great introductions, but Springsted’s offers a little more intellectual heft.)

Two essays in particular have lingered with me for days after reading them. In the first, “Essay on the Concept of Reading,” Weil concerns herself with how we come to understand the world in the ways we do. (Rather than “thinking” or “perceiving,” Weil calls this process “reading” the world.) The world forces itself on us as from without, but we also have active powers of interpretation and creativity. Decades before Michel Foucault’s formation of the subject and Alasdair MacIntyer’s revitalization of virtue ethics, Weil claimed that it is possible to change how we “read” the world, but it “requires work” on our bodies, feelings, sensibilities that can enable us to “read” it differently (hence her radical experiments with her own body, habits and labor). All of this shapes how we think, not just ideas.

The second is Springsted’s excellent translation of an older essay, presented here as “What Is Sacred in Every Human Being?” written in London in 1943, just months before Weil’s death. It was a direct critique of Jacques Maritain’s The Rights of Man and Natural Law (1942). At the time, personalism and human rights language was rapidly gaining ground among the Catholic and secular leftist circles Weil frequented. Counterculturally, Weil was adamantly against this. She held little hope that a notion of the person or human rights would do much to stem the tide of cruelty and violence. Weil always brings us back to earth: she drew on her experiences in the factories and in courtrooms watching men and women so on the margins of society—those she calls the “vagabond,” the “afflicted,” “a torn and bloodied thing,” the one who merely “stammers” rather than speaks—that they were virtually absent and inaudible to democratic, professional institutions aimed at protecting rights and liberties. Rights, moreover, she argues, need force to back them up, but what force protects those so afflicted they repulse and cannot even speak?

Weil put her hope instead in the geniuses of compassion who cultivated radical attention to those easiest to ignore: “Putting ourselves in the place of a being whose soul is mutilated by affliction or is in immanent danger of becoming such a being” is a process she describes as “passage into the impersonal.” She had in mind those saints and geniuses whose love was so all-encompassing that it extended to even the most horrifying and marginal—it was “impersonal.” Hence what is sacred in humanity was the “impersonal” rather than the “personal” for Weil.

That was 1943. She was right in predicting that “institutions that are meant to protect rights, persons and democratic liberties” will understandably garner much public support. But hers was a reminder that we need to “invent other ones” too—institutions that might help cultivate selfless practices of listening, the self-transformation to be attentive to those who speak in ways we are not used to hearing. In what became the most genocidal of centuries, what difference could her ideas have made?

I couldn’t help but think of Weil herself as I read the last line of her 1941 essay “Literature and Morals,” which Springsted included as Chapter 8. Weil claimed that the rare, authentic geniuses of the past “are still with us.” She continued, “Contemplating them is the inexhaustible source of an inspiration that can legitimately direct us. For this inspiration, for those who know how to receive it, tends, as Plato said, to give wings that can push against gravity.” As long as people inflict harm on another, as long as people wonder what we might do about it, the world needs Simone Weil. This new volume may help give us something of those wings to push against gravity.

This article also appeared in print, under the headline “The Genius of Compassion,” in the February 8, 2016, issue. 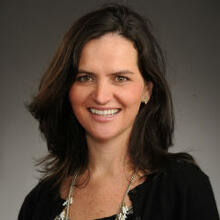 Brenna Moore teaches in the theology department at Fordham University.