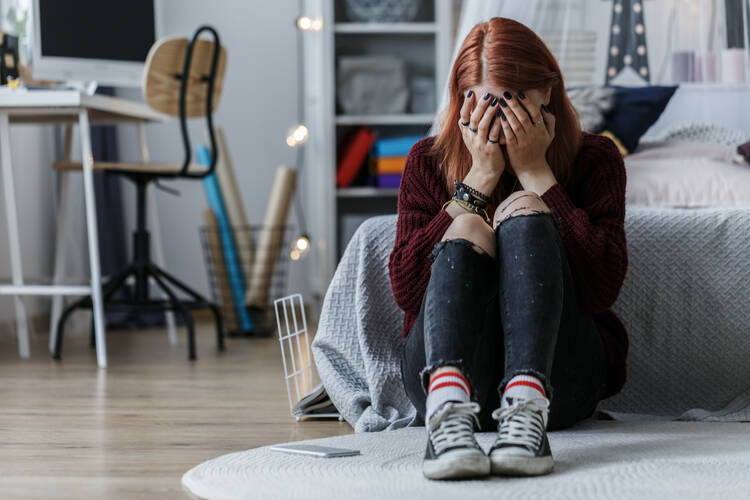 In 1965, when Maureen Stanton was 4, her family moved to a new housing development in Walpole, Mass., the home of the state’s maximum-security prison. Stanton’s devout Catholic mother used it as a cautionary example for her seven children. “If you misbehave, you’ll end up there,” she told them. This taught Stanton “about good and bad, about being inside or outside, about escape.”

But the boundaries between right and wrong would soon blur for Stanton, fueled by a descent into drug use, beginning after her parents’ separation ignited her disaffection. Stanton was always a curious, outspoken child, and her impertinence led to slaps and rebukes, Stanton writes, because “I didn’t yet comprehend that you were not supposed to be honest, that you should suppress your real thoughts and feelings and be polite.”

Stanton’s required weekly confessions perplexed her. “I was honest once, telling the priest I’d done nothing wrong,” but the priest would not let her go until she coughed up something, so she began to lie. “No one checked whether you said the prayers, or said them right. The church used the honor system. Why did the priest trust someone he knew to be a sinner, someone who regularly—every Saturday!—arrived with a fresh litany of sins?... I must not have believed in God, or else I’d have worried that he was watching. Could I have been agnostic at the age of seven, eight?” Body Leaping Backward is full of probing questions like this.

When Stanton reached her teenage years, she became “a druggie, a delinquent,” skipping school, shoplifting and even breaking into a neighbor’s house to pay for her addiction to the town’s drug of choice, angel dust (PCP). Developed as a large animal tranquilizer, angel dust causes the user to lose the “sense of your body in space.”

Maureen Stanton: “Like most teenage girls, my destructive tendencies were aimed inward; we were capable of destroying ourselves. You can’t hurt me, world, because I will hurt myself first and best.”

Body Leaping Backward is a melancholy, atmospheric memoir thatreads as a sort of urgent confession. Stanton reconstructs her experience during those lost years with precision through the petulant, posturing entries in her adolescent diary, newspaper accounts, crime statistics, interviews with family members and soul-deep reflection. “Like most teenage girls, my destructive tendencies were aimed inward; we were capable of destroying ourselves. You can’t hurt me, world, because I will hurt myself first and best.”

Stanton’s research uncovers the depth of societal malaise amid which she was living: “Shoplifting nearly became a national pastime, increasing 221 percent from 1960 to 1973 and then rising 20 percent annually until 1980, when stores installed electromagnetic tags and surveillance cameras.” The “divorce boom,” too, coincided with Stanton’s teenage years. She situates her alarming behavior within this context, traces her deep hurt to her parents’ divorce and charts the shattering of her role models: Her mother, a woman who “lived her faith,” is reduced to shoplifting to sustain a middle-class existence. But Stanton accepts full responsibility for her decisions.

Body Leaping Backward is at once a mea culpa, an in-depth work of sociology and an extravagant gesture of forgiveness.

Stanton suggests that growing up in the shadow of a prison undermines one’s internal moral compass and sense of justice, given how unfair the punishments can be in the criminal justice system. She notes several cases of harsh sentences for black people, contrasted with lenient ones for her white peers. These messages encourage privileged teens to believe they are entitled to get away with everything and to increasingly push against the boundaries of legality and morality to test this proposition.

Body Leaping Backward is at once a mea culpa, an in-depth work of sociology and an extravagant gesture of forgiveness toward the adults and institutions that failed to prevent Stanton’s self-destructive behavior and toward herself. Stanton writes with crystalline prose and a storyteller’s verve that makes this memoir linger and reverberate in the reader’s mind.

This article also appeared in print, under the headline “Reconstructing a lost youth,” in the December 9, 2019, issue.

Jenny Shank’s first novel, The Ringer, won the High Plains Book Award. She is on the faculty of the Mile High M.F.A. in creative writing at Regis University in Denver.