Review: Why did so many Catholics leave after Vatican II? 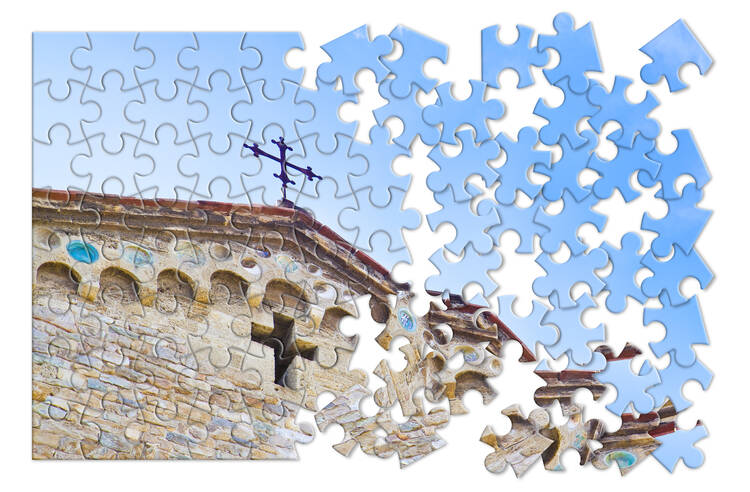 Speculation on why Catholics leave the church runs rampant in the news media. Some commentators blame impoverished catechesis and liturgy, or ecclesial reforms run amok after the Second Vatican Council. Others focus on the abuse of power among clerics, the exclusion of women from ecclesial leadership and the church’s sexual teachings.

These diagnoses suffer from a dearth of sociological evidence aside from “that’s why my brother left.” For this reason, Stephen Bullivant’s Mass Exodus: Catholic Disaffiliation in Britain and American Since Vatican II offers a salve for those seeking to understand the trend of Catholic disaffiliation.

Catholic disaffiliation is difficult to study. Bullivant acknowledges this in an opening chapter. After all, what “counts” as being Catholic? Is it regular Mass attendance? And if so, what constitutes regularity?

Stephen Bullivant’s Mass Exodus: Catholic Disaffiliation in Britain and American Since Vatican II offers a salve for those seeking to understand the trend of Catholic disaffiliation.

Here, the demographic evidence reveals a good deal about both American and British Catholics. First, the largest groups in both countries remain those who have retained Catholic identity (66 percent in the United States, 56 percent in Britain). Although such affiliation is down from the high-water marks of the mid-century, Catholics in both countries tend to remain Catholic. As Bullivant notes, these stories are ignored by the media and the academy alike.

Second, when Catholics disaffiliate, they do so in different ways within the two countries. In Britain, Catholics are more likely to move from Catholicism to practicing no religion at all. In the United States, Catholics are more likely to switch to another version of Christianity. Few Catholics in either country switch from Catholicism to the committed practice of a non-Christian religion. Catholics in both nations are rarely religious syncretists or in search of exotic religious practices.

Fourth, immigrants in both countries are more likely to retain religious practice precisely because their parents exhibit strong religious commitments. Here, Bullivant is in line with other sociologists studying religion, including Vern L. Bengtson and Christian Smith.

This demographic rehearsal is important, but what makes Mass Exodus a must-read is careful attention to the qualitative analysis related to disaffiliation from the church. Through examination of diocesan studies of those who have disaffiliated within the United States and Britain, Bullivant concludes that there is not one single reason people cease identifying as Catholic. Yes, the Catholic Church’s sexual teaching is cited. Often, the sexual abuse crisis is brought up. Occasionally, liturgical and doctrinal confusion after the Second Vatican Council is acknowledged. But disaffiliation is rarely a single moment in the life of a Catholic. Instead, it is a process in which one no longer identifies as Catholic. Catholic “culture” no longer sticks.

The second part of Bullivant’s work narrates the social processes that led to disaffiliation. Affiliation depends upon a robust Catholic culture, credible beliefs embodied by a local community. Forty-hour Eucharistic adoration, processions through public streets and required periods of fasting and abstinence allowed Catholicism to be lived within the public sphere. In the 20th century, close-knit Catholic parishes began to fall apart in both countries well before the Second Vatican Council. Bullivant identifies a rapid period of social change brought on by the mobility made possible by the Second World War. In addition, “expansions of education leading to social and geographic mobility, to mushrooming television and automobile ownership...were already fracturing these semi-closed sub-cultures.” Disaffiliation was on the rise already by the 1950s.

Bullivant contends that Vatican II is at least partially responsible for the phenomenon of disaffiliation.

Bullivant’s narration of the Second Vatican Council will likely draw the strongest critical reaction from readers. Bullivant contends that Vatican II is at least partially responsible for the phenomenon of disaffiliation. The Council fathers, seeking to better evangelize the modern world, sought liturgical reforms that would allow for full, conscious and active participation by Catholics. The liturgy was now considered the source and summit of Catholic life, often leading to the demotion of the very devotional practices that once sustained a robust Catholic identity. But the changes of the 1960s and 1970s directed Catholics to an assumption that change was always around the corner. Then “Humanae Vitae”—and its affirmation of the traditional Catholic ban on contraception—became an occasion in which both ordained and lay Catholics found themselves (perhaps for the first time) rebelling against ecclesial authority.

Bullivant’s story of decline continues into the 1970s and 1980s. Mass attendance decreased as the last vestiges of cultural Catholicism disappeared. In the United States, evangelical megachurches were founded, beginning with the nondenominational Willow Creek in Illinois, offering at least some of the communal solidarity that ethnic parishes once provided. Bishops, priests and parish leaders tried to stem the tide, but the decline continued.

The penultimate chapter of the book considers the effect of the sexual abuse crisis on Catholicism in England and the United States. Although the book does not have data on disaffiliation after the crisis elicited by the 2018 McCarrick abuse revelations, Bullivant believes that such news will only lead to further disaffiliation. When those who hold serious beliefs exhibit hypocrisy, institutional distrust tends to increase, as Bullivant notes.

The last chapter takes up a question that guided the second part of the book: Did the Second Vatican Council fail? Bullivant recognizes that it is possible that the changes of Vatican II actually stemmed the tide against disaffiliation. It could be worse, one might argue.

Did the Second Vatican Council fail? Bullivant recognizes that it is possible that the changes of Vatican II actually stemmed the tide against disaffiliation. It could be worse, one might argue.

Bullivant thinks otherwise. If Vatican II saw its responsibility as deeper engagement in ecclesial life, a more active participation, then the disaffiliation relative to Mass attendance in particular should be troubling. People are not more engaged. The Second Vatican Council began with liturgical reform because they wanted a more robust church. Bullivant believes this robustness is present in the post-conciliar church, but it has come along with a slew of Catholics avoiding church altogether.

It is here that Bullivant’s work remains, in my assessment, incomplete. Yes, a new generation of scholars may need to analyze Vatican II. Undoubtedly, there were false assumptions about the capacity of liturgical reform to stem the tide of secularization, individualism and consumerism. There was often a naïve optimism about engagement with modernity, especially relative to liturgical and catechetical practice. The liturgical movement’s myopic dismissal of devotional practice has led to a Catholicism that is more difficult to integrate into daily life, especially for working-class Catholics. Assessing some of the reforms of the Council will be the task of a generation of scholars who have some historical distance from the Council itself.

But it is not quite clear that Vatican II failed because it did not stem the tide of disaffiliation. It is more likely that the Council fathers did not even perceive the scope of disaffiliation on the horizon, the social changes that were to sweep Europe and the United States. And it is possible—although sociologically impossible to prove—that it is the post-conciliar church alone that will have the resources to respond to the real crisis, the one that the Council fathers could not have recognized.

Despite this disagreement, there is much to learn from Bullivant’s well-written, often humorous and intelligent engagement with sociology, theology and pastoral practice.

This article also appeared in print, under the headline “Why did they leave? ,” in the November 25, 2019, issue. 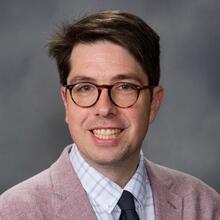