Review: The importance of being Ibsen

Review: The importance of being Ibsen 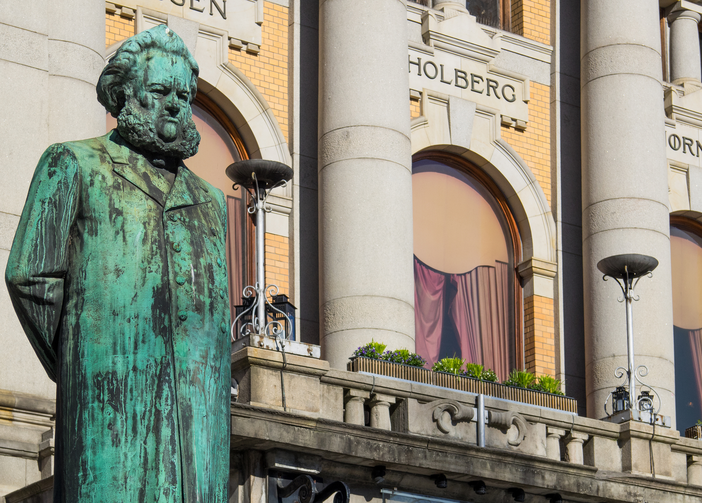 A statue of Henrik Ibsen outside the National Theatre in Oslo, Norway. (iStock)

Henrik Ibsen (1828-1908), along with August Strindberg and Edvard Munch, was one of three emotionally explosive Scandinavian titans. He was the most important playwright of the 19th century, and his shocking psychological masterpieces are, after Shakespeare’s, the most frequently performed throughout the world. His dominant themes include the curse of inherited disease, hypocritical social conventions, the liberation of women and the Nietzschean will to power that compels the hero to attempt the impossible.

In Henrik Ibsen: The Man and the Mask (translated by Robert Ferguson), Ivo de Figueiredo describes the story of the suffering artist, his father’s bankruptcy, his years as an apothecary’s assistant and his role as writer and theater manager in Bergen and Christiana (now Oslo). Refused recognition in the cultural backwater of Norway, he went into exile and in Rome achieved his first success with “Brand,” 16 years after his first play and long apprenticeship.

It is unfortunate that, despite its great length, this book does not discuss Ibsen’s profound influence. “A Doll’s House” retains its formidable power despite serious flaws in the plot. (Nora forges her father’s signature on an I.O.U. but dates it after his death. There is no reason for Nora to refuse money from her confidant, Dr. Rank, who loves her and would gladly save her from disaster. Her friend, Mrs. Linde, has shown that Nora could not possibly leave her comfortable home and pampered life and, with no resources of her own, survive as an outcast woman.)

Henrik Ibsen was the most important playwright of the 19th century, and his shocking psychological masterpieces are, after Shakespeare’s, the most frequently performed throughout the world.

Ibsen’s “When We Dead Awaken” inspired the structure, theme and characters of James Joyce’s play “Exiles.” In “The Pillars of Society,” the father allows a dangerously unseaworthy ship to sail and sends his son to certain death. In Arthur Miller’s “All My Sons,” the father sells defective airplane parts that cause the death of his son, a pilot. In “The Wild Duck,” a rich industrialist involves a gullible friend in an illegal timber scheme, which sends the friend to jail while the real criminal escapes. In “All My Sons,” the father’s partner is sent to prison while he escapes punishment for his crime.

This life-and-works biography has been cut from two volumes and should have been halved again. It is thoroughly researched and minutely detailed, but it can be plodding, ponderous and tediously repetitive, with clichés on every page: “Ibsen embodied the connection between the old and the new.” Exhaustive and exhausting, this book is strictly for specialists. Michael Meyer’s three-volume biography of Ibsen, published between 1967 and 1971, is livelier and more perceptive.

This article also appeared in print, under the headline “The importance of being Ibsen,” in the September 2, 2019, issue. 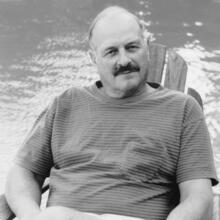