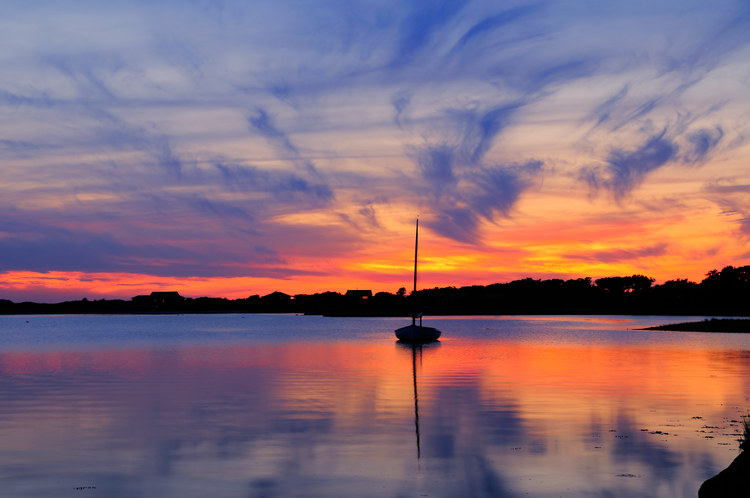 A detective story is not what we have come to expect from Richard Russo (photo: iStock).

Richard Russo is our great chronicler of men of a certain age. Examples abound, but the Platonic ideal remains Sully, the irascible protagonist of Russo’s novel Nobody’s Fool (1993) and its sequel, Everybody’s Fool, from 2016. You will find no better portrait of the aging American male, rivaled only, perhaps, by Paul Newman’s performance in the film adaptation of the original novel from 1994.

In his latest novel, Chances Are…, Russo introduces three more men of this type (all of them 66 years old, college class of 1971) and places them in a summer house on the island of Martha’s Vineyard, in the town of Chilmark, Mass. In a surprising twist, at least for Russo fans who may be used to longer, looser tales, the plot is set into rapid motion by the mystery of a young girl’s disappearance. A detective story is not what we have come to expect from Russo, who generally operates at the same, easy-going speed as his male protagonists, but he shows himself to be well versed in the basic requirements of the genre.

Chances Are . . .by Richard Russo

The last time these three men were on the island together was shortly after their graduation from Minerva College, a tony liberal arts school located on the southern coast of Connecticut. Unlike many of their classmates, Mickey, Lincoln and Teddy did not come from money, so they worked as “hashers” at a campus sorority, waiting tables and cleaning pots in the kitchen, and had limited social interaction with the young ladies of Theta house.

The exception was Jacy, a free-spirited daughter of the WASP establishment who enjoys hanging out with the self-proclaimed “three musketeers.” When they all decide to spend one last weekend at Lincoln’s family house on the Vineyard, it comes as no surprise when things do not go exactly as planned.

The year being 1971, the shadow of Vietnam looms. (One of the book’s touchpoints is Jefferson’s Airplane’s song “Somebody to Love,” with its opening line, “When the truth is found to be lies….”) Mickey has a low draft number and is trying to decide whether to flee to Canada. His buddies are pushing for him to go, but he feels a tug of loyalty to his recently deceased father, who told him that if he did not serve, some other poor kid would have to.

The year being 1971, the shadow of Vietnam looms.

This is familiar territory. People my age (Generation X) grew up with many stories, both in books and on film, of the conflicted young men sent off to serve their nation in Southeast Asia. It is a tribute to Russo’s skills as a portraitist that these debates do not seem stale. In his hands, Mickey, Lincoln, Teddy and Jacy are just kids buffeted by the winds of history.

The three men return to Chilmark in 2015 as Lincoln is deciding whether to sell the family house. They are all haunted by the disappearance of Jacy, who left in 1971 without saying goodbye and was never seen or heard from again. It turns out there was once a time when people could be out of touch for weeks and even months and no one assumed anything bad had happened to them.

Teddy, Mickey and Lincoln are full of flaws, but Russo does not judge them.

Together again, the three musketeers return to familiar patterns. “Was this what we wanted from our oldest friends?” Russo writes in one of the book’s many wise passages. “Reassurance that the world we remember so fondly exists? That it hasn’t been replaced by a reality we’re less fully committed to?”

Lincoln is the most successful of the lot, a real estate operator who has six children and a father whose influence he still can’t quit. (“Like many fathers, Lincoln’s now had two permanent residences, one in Dunbar, Arizona, the other in his son’s head.”) Mickey is still a committed son of the ’60s, driving a motorcycle and playing rock ’n’ roll in bars. And Teddy, well, he looks something quite like a reader of this magazine. An adjunct professor, he once thought about joining a monastery, but instead opted for teaching and editing a small publishing imprint called (wait for it...) Seven Storey Books.

“To Teddy,” Russo drily notes, “it seemed that almost as many people were writing books about faith as were reading them. Most of the submissions were dreck, but a few small gems were mixed in. No new Thomas Merton, of course, but he hadn’t expected there would be.”

They are all haunted by the disappearance of Jacy, who left in 1971 without saying goodbye.

It is said that reading fiction can make you more empathetic, more attuned to the world inside someone else’s head. Reading Russo, this seems especially true, and not just because he creates a rich inner life for his characters. I have read many novels about characters whom I know well but do not feel a great deal of sympathy for. Teddy, Mickey and Lincoln are full of flaws, but Russo does not judge them. In fact, it could be said that he loves them as much as they love each other. Why else spend so much time in their company?

“Mickey and Lincoln, the friends of his youth? He loved them too,” he writes of Teddy. “Still. Anyway. In spite of. Exactly how he himself had always hoped to be loved. The way everyone hopes to be.”

This sentiment could seem treacly in a lesser writer’s hands, but Russo earns his moments of pathos. It helps that he is an extremely funny writer who knows that humor is the way men speak to each other, especially when they are facing moments of crisis. (It should be noted that there are also women in this novel, and not just the one who disappears. There is probably an unpublished dissertation floating around somewhere on “The Long-Suffering Women in the Novels of Richard Russo.”)

Review: What dead animals (and novels) can teach us about live humans
Zac Davis

How can fiction help us during polarized times?
Margot Patterson

The title Chances Are… comes from a Johnny Mathis song, which Jacy, Teddy, Lincoln and Mickey sing together on the porch in Chilmark on their last, boozy night together. The significance of the choice does not become apparent until later in the story, when Russo has a chance to muse on free will and fate, what we can change in life and what we cannot. “What made the contest between fate and free will so lopsided,” he writes, “was that human beings invariably mistook one for the other, hurling themselves furiously against that which is fixed and immutable while ignoring the very things over which they actually had some control.”

It is no coincidence that the narrative returns on more than one occasion to the room in the sorority house where they all watched the draft numbers announced. For their generation more than most, the fates exercised a strong hand.

The plot developments come at a quick pace. This is a book you can easily read in an afternoon or two in your beach chair. On one or two occasions, the plot veered a little too close to soap opera for my taste, but I am getting a little older and pickier about the kinds of things that I like. Richard Russo would understand.

Richard Russo is a brilliant illuminator of rural/small town class structure in the USA, including the class structure behind the rural/small town class structure and its entwinement with morality and conscience. This class structure is largely unknown to the US left when making class analyses. The clearest example is the novel Bridge of Sighs. The protagonist is an artist, who ends up living abroad. he is the person who transcends his small town's class/morality structure. His story makes the entwinement of class and morality clear. At the top, in the first class, you have the mill owners, the most respected, that is, the "most productive" social/economic element and therefore the most moral element. The owner lives in the "best" upper class neighborhood with fellow bigger business owners and certified professionals. Thus this neighborhood is truly made up of the brightest and the best, the cream of US meritocracy (as opposed to European social democracy). All the residents constitute the first class. Among them are some of the second class, the strivers, who were not raised well off but who have slaved away to make it into the first class. Like the first class, all the strivers consider themselves contributors to the community and society in general. The family to which the artist is attached and comes to visit is a striver family, a small owner family striving to grow rich enough to move into that "best" neighborhood. The third class is made up of elements that do not own (renters), mill workers who are passive, with no ambition except to get by and maybe enjoy family life. Among the third class are also petty thieves, gig workers, people on the lookout for when and how they can "get over" and make some money through devious means. Each class category corresponds to a moral category. The First class are intrinsically virtuous because they are productive an disciplined and they aim to enjoy the classic conservative conservative notion of liberty, that it is "earned" through ownership, and not some to which you are entitled as a human being by birth. Ownership ioncludes passive lwnerhip, that is, savings and investments as well as business ownership. Ownership also includes the possession of knowledge-based certified professional expertise which qualifies you for careers with good income, the opportunity to invest and a certain measure of security such as tenure as a professor or lifelong licensing as a lawyer or physician. The strivers aim for these things are therefore productive, disciplined and morally good and worthwhile as citizens. Byr the third class are not really disciplined (passive or deviant), do not enjoy any significant (subject to growth) ownership, and are takers rather than contributors. If you want to understand the not nutty US conservatives you need to understand this entwining f class structure, morality and human worth. Richard Russo lights up how this works. Next time you hear someone say "bourgeois" think ownership.