A church remade in the midst of modernity 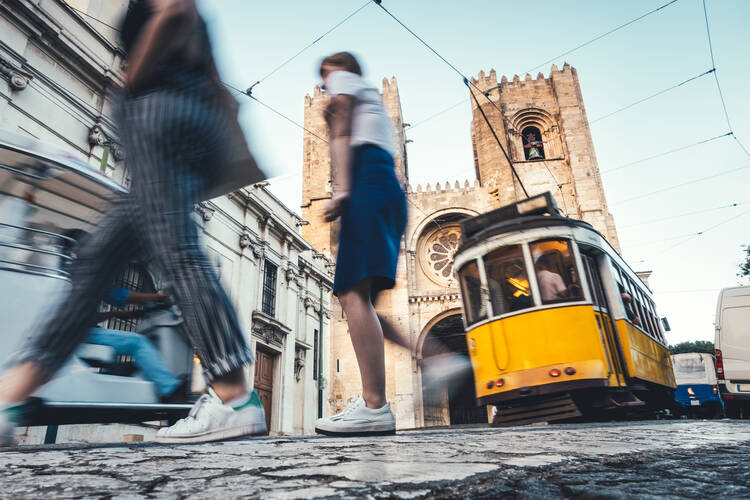 Just a few days ago, Notre Dame Cathedral nearly burned to the ground. In the immediate aftermath, the French president announced that his government would assume responsibility for rebuilding the massive cathedral. The separation of church and state—even in officially secularized France—is murkier and much more complicated than our American model. It seems that French culture remains bound to the Roman Catholic Church in some existential way. Or, at least, France’s conception of itself remains bound to the visible markers of Catholic culture like the cathedral of Notre Dame. France cannot shake Catholicity out of its soul so easily. Catholicism remains a public, political and cultural reality for France.

The fire at Notre Dame and the reaction of the people of France make James Chappel’s study of European Catholicism from the 1920s through the 1960s, Catholic Modern: The Challenge of Totalitarianism and the Remaking of the Church, that much more relevant and interesting. For Chappel, “modernism” denotes the separation of Church and State and the relegation of religion to the private sphere. Chappel’s work presents Catholic writers and intellectuals in France, Germany and Austria. The first few chapters offer an array of Google-worthy characters, many of whom I had never heard. In one three-page span in Chapter 1, I turned to Wikipedia to read about Heinrich Brauns, Oswald von Nell-Breuning and Heinrich Pesch—all fascinating individuals. Heinrich Brauns, a German Catholic priest, served as the Weimar Republic’s minister of labor for years. Catholic thinkers had rather important roles within the governments and the cultural engines—schools and journals—of these three European countries just after World War I.

Chappel presents these Catholic figures, along with his main characters for the ’20s—Georg Moenius, an antimodern Bavarian, and Waldemar Gurian, whom Chappel labels “ultramodern”—in order to kick off the history out of which emerge the two main claims of the book.

The modernization of the Church [moving from commitment to the Church as a politically authoritative institution to an institution willing to work within liberal democracy], therefore, should not be understood as a simple process of conversion toward tolerance or humanist norms in response to the horrors of war. It should, instead, be understood as a fractured process in which various elements of the tradition were updated for a new context, in response to new kinds of challenges [fascism and totalitarianism] that rendered the old antimodernism implausible (brackets mine).

Such an ecclesial response, Chappel contends throughout, was complex and moved in fits and starts, not in one grand march toward becoming a force for human rights in Europe.

And, second, the larger claim:

Whatever stories the Church might tell itself, it is in reality a socially embedded institution, responsive to overtures from non-Catholics, to social transformations, and to pressures from the laity. It has, in short, a history—and one that will inform its future.

I encourage all the participants of the Catholic Book Club to engage with Chappel’s book. While Chapter 1’s examination of the ’20s might not be terribly scintillating, it lays the groundwork for the ’30s and ’40s and the rise of fascism, totalitarianism and war. Stick with it. Two things I learned right away were the deep suspicion many European Catholics had of capitalism and the level of latent and virulent anti-Semitism present even in thinkers like Jacques Maritain. At the same time, one learns that many Catholic intellectuals were themselves converts from Judaism. It is a truly fascinating history that begins to offer some window on the Catholic Church in Germany, France and Austria today.

In the coming weeks, I will continue to offer short introductions as we move through the book. Perhaps a question to begin our discussion: What or whom have you been Googling as you begin Chappel’s book?