Review: There is more than one way to convert to Catholicism 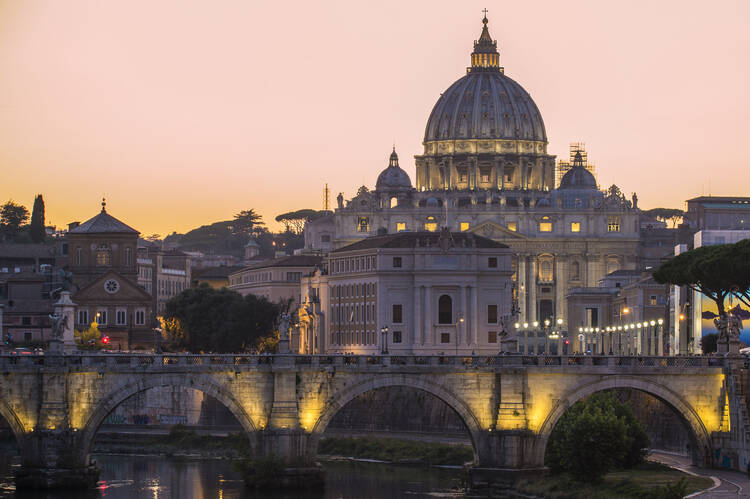 I am drawn to stories of conversion. Perhaps this is because I became a Roman Catholic in my 30s and such stories fascinate and often move me as someone who went through a conversion myself. I regularly return to St. Augustine of Hippo’s Confessions, and I credit Thomas Merton’s account of his conversion to Catholicism in The Seven Storey Mountain with setting me on a road that would lead me into the Catholic Church.

From Fire, by Waterby Sohrab Ahmari

Sohrab Ahmari’s From Fire, By Water: My Journey to the Catholic Faith is, like The Confessions and The Seven Storey Mountain, an account of coming to faith. Ahmari is an Iranian-American journalist currently serving as the op-ed editor for the New York Post and as a contributing editor for The Catholic Herald. From Fire, By Water tells the story of how and why he became a Roman Catholic in 2016.

Ahmari writes beautifully, and the story he tells is fascinating. Born in Tehran, Ahmari moved with his mother to Utah when he was a teenager. His family was not overly religious; and by the time he moved to the United States, Ahmari considered himself an atheist. He developed intellectual interests in high school that led him to an enthusiastic reading of Nietzsche. In college, he turned to Camus, Kierkegaard and Sartre, among others. After graduation, he joined Teach for America.

Sohrab Ahmari found in the Catholic Church a way out of his self-destructive and chaotic existence.

A few years later, after a weekend of debauchery that demonstrated to him his profound unhappiness, Ahmari found himself entering a church in Manhattan for the Sunday evening Mass, and for reasons that were unclear to him, he found himself in tears. In the eight years that followed, Ahmari graduated from law school, was hired by The Wall Street Journal, got married and moved to London. After attending a Mass celebrated with elaborate ceremony in Latin at the Brompton Oratory in London, Ahmari made the decision to become a Roman Catholic.

Although Ahmari’s context is a different one from Merton’s, more than once while reading the book I saw correlations between their autobiographies. Like Merton, Ahmari grew up in an unconventional familial environment, displayed an intelligence that set him apart from his peers, went through a socialist phase, embraced a libertine life that led him to question the meaning of his existence and visited a parish where he would be transfixed by a liturgy he had never before experienced. And just as Merton would approach Father Ford at Corpus Christi to say, “Father, I want to become a Catholic,” so Ahmari would approach a priest at the London Oratory and say, “I wish to become a Roman Catholic.”

The similarities between their stories end there, however. While both became Roman Catholics, they did so for different reasons and with different conceptions of the church. Indeed, while there is much in From Fire, By Water that resonated with me as a fellow convert, I have to admit that many of the things that attracted Ahmari to Rome were not the things that attracted me. Ahmari found in the Catholic Church a way out of his self-destructive and chaotic existence. What attracted Ahmari to the church was its absolute authority, the order and continuity it offered in a world of chaos. It is, in other words, a church characterized primarily by the juridical characteristics of authority and stable law that appealed most to him.

This juridical understanding of the church has deep roots in the tradition and is one that many new and cradle Catholics embrace. Its shortcomings, however, were identified by the fathers of the Second Vatican Council, who recognized that a conception of the church focused on authority reflected only part of the church’s understanding of itself throughout the centuries.

While recognizing and affirming the importance of authority and law, the Second Vatican Council reclaimed from early Christianity a eucharistic understanding of the church that emphasizes the ways in which we are bound together as Catholics—laypeople, religious and clergy—through the generous love of God poured out upon us in and through the Eucharist. What characterizes the church, therefore, is not just absolute authority but unending love. It was this vision of the church, a vision outlined by Henri de Lubac, S.J., and affirmed by the Second Vatican Council, that brought me as a young scholar of patristics into the church.

No doubt Ahmari would happily affirm a eucharistic understanding of the church, just as I affirm a juridical one. But we place the emphasis on different sides of that ecclesiological equation.

Given Ahmari’s vision of the church, it is unsurprising, though disappointing, that there are no references to Vatican II in the book, even though the council was the most important event in the church in the past century. The church that attracted Ahmari was the Tridentine church, and the catechesis he received appears to have articulated a pre-Vatican II theological vision. This is interesting, given that Ahmari’s papal hero, Pope Benedict XVI, was one of the most influential theologians at Vatican II and a figure who helped bring the council to recover and articulate an understanding of ecclesial unity rooted in the Eucharist.

But that is not the Pope Benedict XVI Ahmari knows. Ahmari describes looking at a portrait of Pope Benedict XVI in the church where he first experienced the liturgy and seeing “the principle of continuous, even absolute authority.” When I looked at that same portrait in the church where I was received, I saw the figure who both represents and ensures the eucharistic unity we share as Catholics.

No doubt Ahmari would happily affirm this eucharistic understanding of the church, just as I affirm his juridical one. But we place the emphasis on different sides of that ecclesiological equation, and this difference is emblematic of the theological tensions currently on display in Catholicism, particularly in the United States. Rather than live within the complicated tension the Second Vatican Council offered to us in its portrayal of the church rooted in both authority and love, Catholics of all persuasions tend to put their eggs in one ecclesiological basket. And instead of engaging in the kind of dialogue that can and should be the fruit of this tension, we too often refuse to understand the perspectives of our interlocutors, who just happen to also be those to whom we are united through Christ’s body and blood.

Ahmari’s account is instructive for teaching people like myself about the perspective some Catholics have on the church. There are many who, in the midst of a chaotic world, look to the church primarily in terms of stability and authority. Ahmari’s book shows how compelling this vision of the church is, and it is a vision that cannot be dismissed without doing harm to the tradition of the church passed on to us by Vatican II.

Review: A Trappist monk tells of a life worth living
Gregory Hillis

At the same time, and without dismissing this understanding of the church, the Second Vatican Council—and arguably, the five pontiffs prior to and including Pope Francis—urged us also to understand the implications of the church’s eucharistic identity. That so many Catholics, and I include myself among them, put the juridical and the eucharistic conceptions in opposition to each other perhaps indicates that we as a church are still digesting the insights of Vatican II and that we need to engage the documents of this council more fully. And perhaps our catechesis needs to be rooted more fully in these documents.

All of this is to say that many will find Ahmari’s account of coming to faith compelling and moving, while others may find his emphasis on an authoritative church confusing or even off-putting. Judging from my reading of From Fire, By Water, I think Ahmari is the kind of person who would be open to engaging in dialogue about this, and my hope is that one day he and I will be able to do just that, preferably over a beer after going to Mass together.

This article also appeared in print, under the headline “Model of the church,” in the May 13, 2019, issue.