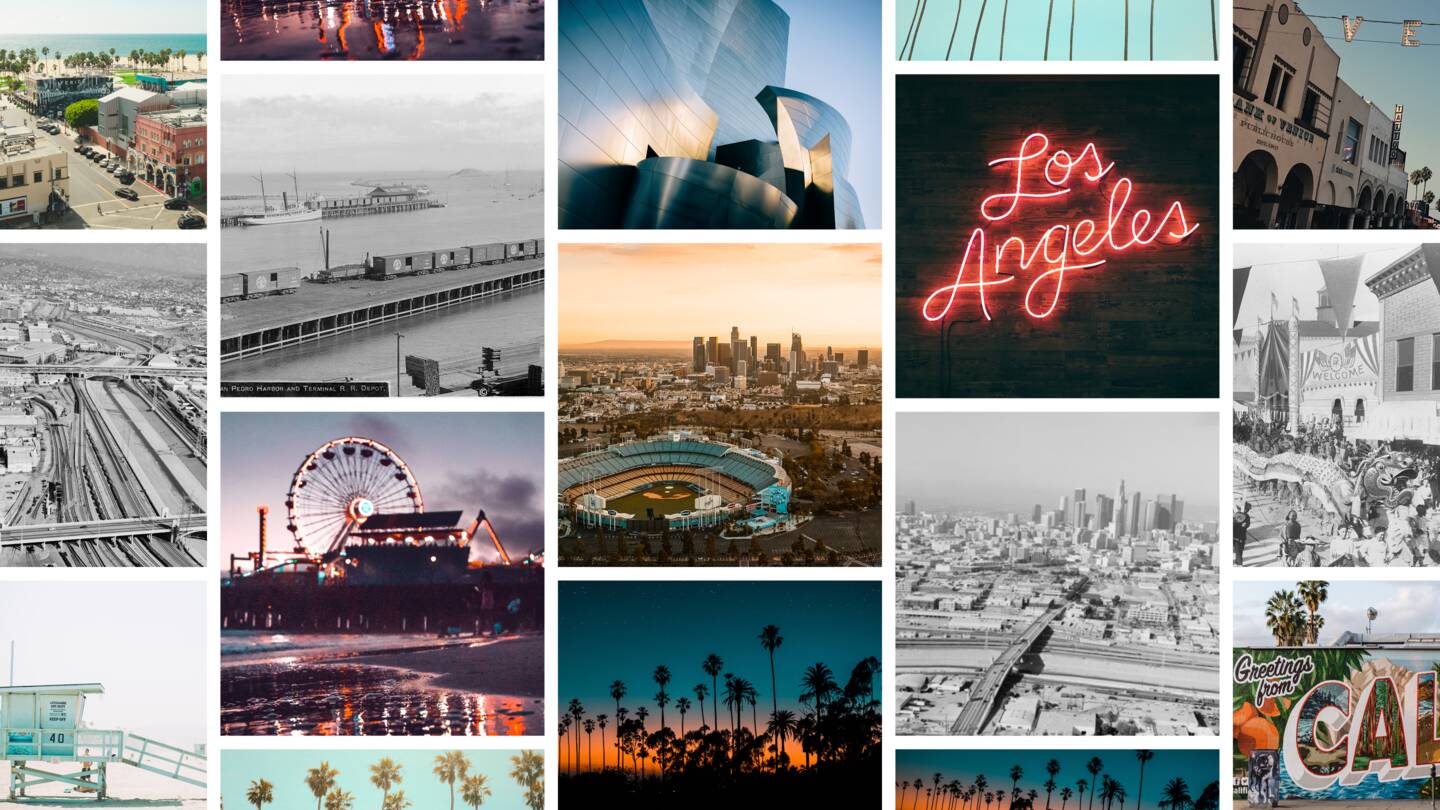 Los Angeles is a city that grabs you by the arm—nearly by the throat—and insists you hear another explanation of what it means. In Dear Los Angeles:The City in Diaries and Letters, 1542 to 2018, editor David Kipen has amassed more than 900 attempts. They are sudden glimpses and micro-histories of his hometown excerpted from profiles, interviews, telegrams and journals, as well as letters and diaries, skewing who is included to those famous enough (or brazen enough) to have published their accounts. For balance—and greater immediacy—Kipen includes the unpublished reflections of today’s Angeleños. In his enthusiasm for more, Kipen begins the book with his own email address and an invitation. “Haul out your bubbe’s Saratoga trunk. Open up your abuelita’s closet…,” and send him the best bits from their yellowed notebooks and bundled love letters. I hope he gets thousands.

The template for Dear Los Angeles is Teresa Carpenter’s New York Diaries from 2012 and Simon Brett’s The Faber Book of Diaries from 1989. Like them, Dear Los Angeles has entries for each day of a year, complementing, quarreling and hybridizing across decades and centuries. Stories wheel within stories, steadily picking up density and texture: a 19th-century fragment in January echoing through a 21st-century one in November. The book is as much a commentary on the action of memory as it is a way of seeing Los Angeles. The form of the book enacts an eternal periodicity, ever-returning time conferring what sacredness it can on a city that Bertolt Brecht, on contemplating hell, thought “must be still more like Los Angeles.”

Brecht has the company of other writers in suffering. William Faulkner, John Dos Passos, Tennessee Williams, F. Scott Fitzgerald and P. G. Wodehouse (among others) stewed in Hollywood, writing for a big payday and hating that they were doing it. Williams, told to write a vehicle for Lana Turner to star in, felt like “an obstetrician required to successfully deliver a mastodon from a beaver.” Wodehouse complained, “No one knows anything about anything at all in Hollywood.” “I’ve said goodbye to Paramount, so I feel very much better,” wrote a relieved Dos Passos.

Their Los Angeles was a shrouded city of “treacherous unbrightness,” in Faulkner’s bleak phrase—the city whose people, climate and architecture are contemptibly insubstantial yet perversely resilient. Valeria Belletti, secretary to studio head Samuel Goldwyn in the 1920s, had a better time, but she found that too much paradise could be toxic. “Last Sunday I was driving through the mountains near Los Angeles and through orange groves,” she wrote. “The groves are now in blossom and the odor is almost sickening it is so strong.”

For many famous writers, Los Angeles was a shrouded city of “treacherous unbrightness,” in Faulkner’s bleak phrase—the city whose people, climate and architecture are contemptibly insubstantial yet perversely resilient.

Ironically is supposed to be the only way to look at Los Angeles, but Dear Los Angeles gives a contrarian’s view. What the book delivers initially is Kipen’s wonder at the onrushing presence of so many lives intersecting with a particular place. It is a restless crowd, and this is a restless book. Kipen quips in his introduction that Los Angeles is the place Angeleños are “forever approaching but can never quite get to.” It mirrors a truth about Los Angeles (although not the whole truth): This place has been a collective of the footloose from the moment, thirteen thousand or so years ago, when its first possessors walked through a pass in the bordering hills down to a nameless river that crossed a wide plain open to the sea. Their Tongva and Chumash successors, arriving 3,000 years ago from the east (as many later migrants would), painted their commentary on rock faces as spirals, cogwheels, and the silhouettes of men. Their Spanish successors—missionaries and soldiers—wrote glowingly of real estate opportunities and named them after saints’ days. Some names stuck, including el pueblo de Nuestra Señora de los Angeles, given in 1781 and soon whittled down to Los Angeles and finally to L.A.

The Franciscan missionaries were gone by 1840 by order of republican Mexico. The missions’ Native American neophytes were scattered soon after. The lordly Californio rancheros, made American by conquest in 1847, were bankrupt by the drought years of the 1860s. Their American successors were a diaspora of Basque wool dealers, French winemakers, German-Jewish dry goods merchants and shrewd entrepreneurs from the South for whom Los Angeles was the necessary end of their wandering west. Always diverse, today’s city is even more so.

What unites the Angeleños in Dear Los Angeles, apart from an inordinate number of them being interred at Forest Lawn, is not geography. It is the human ordinariness of their conjunction with an often shockingly beautiful place.

In 1850, it was a village made of dried mud (i.e., adobe bricks). By 1886, it was a plausible simulation of a Midwest county seat—a farm town with bumptious ambitions and hardly 34,000 residents. Then the rest of America rushed in on newly laid transcontinental rail lines, first to be fleeced by real estate speculators and then to build the 20th-century Los Angeles that glints and blurs in the observations and recollections of its casual tourists, unhappy sojourners, and more permanent settlers. They thought Los Angeles was exceptional—altogether too perfect as heaven or hell. Imperfect Los Angeles is neither. Nor is it Hollywood, despite the temptation to confer its eccentricities on the whole city. What unites the Angeleños in Dear Los Angeles, apart from an inordinate number of them being interred at Forest Lawn, is not geography. It is the human ordinariness of their conjunction with an often shockingly beautiful place.

I’m not sure that Kipen, with whom I have shared speaker’s platforms, would entirely agree with this assessment. Yet to have any moral point at all, Los Angeles cannot be the great exception of American placemaking. The city’s story is an instance in the American experience, argued the late historian Kevin Starr, and essential to that experience. It is a story of homelessness and longing to call somewhere home, of hungry migrants and the plumply self-satisfied, of killers and those they killed, suicides and births, of chance meetings and failed connections in a city, half built up and half torn down, where the dead are too often buried in forgetfulness. What other than all this ordinariness would ever make some of us love Los Angeles? And yet we do. But steadfastness in love is hard in the face of the city’s distances and its aching, unmet desires. “Los Angeles, give me some of you!” novelist John Fante pleaded. Los Angeles did not reply.

In these fragments of what it has meant to become an Angeleño—or to have rejected that appellation utterly—are boom times and busts, tyrannies of white privilege big and small, disasters and reinventions, police militarization and civil unrest, optimistic suburbanism and Didionesque anomie, million dollar teardowns and poor families penned ten to a room. What distinguishes Kipen’s achievement in Dear Los Angeles is his reluctance to find the obvious interpretation and his readiness to remain mystified. Like the ambiguous plot of the Bogart-and-Bacall version of Raymond Chandler’s The Big Sleep, Kipen’s Los Angeles does not add up its clichés. The tropes of sunshine and noir never explained very much about this flawed, tragic and humanizing city. Expatriate screenwriter Eric Knight eventually settled into commonplace Los Angeles in the San Fernando Valley. “There are still mountains here and palm trees and oranges and strange blossoms but they do not touch me anymore, either to delight or offend me. They are, just as I am.”

Readers who persist will come to the end of days in Dear Los Angeles to find Kipen’s droll—and occasionally snarky—sketches of his contributors. H. L. Mencken “enjoyed his brief reporting visit like a mountain lion enjoys a mule deer.” Discovering the novels of John Fante “is like tasting garlic for the first time.” Don Marquis, creator of the newspaper feature “archy and mehitabel” came to Los Angeles to write scripts and “hated it. Went home.”

With luck, you will not hate the city in Dear Los Angeles. You may even marvel at how much it shares with the geography of your own home, and just as storied and fabulous.

This article also appeared in print, under the headline “Letters to a storied home,” in the February 18, 2019, issue. 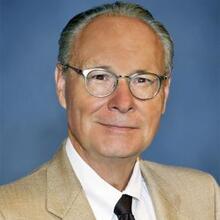 D. J. Waldie is the author of Holy Land: A Suburban Memoir, Where We Are Now, House, and other books. Los Angeles Magazine named him one of the city’s most influential interpreters in 2006. He received the Dale Prize in Urban and Regional Planning in 2017 for his commentaries on the history of suburbanization.