R. O. Kwon’s debut novel delves into the loss of faith and the absence it leaves behind 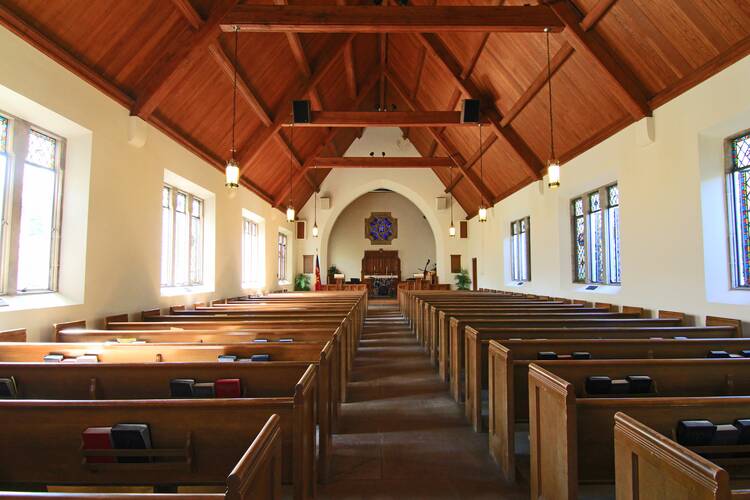 Photo by Debby Hudson on Unsplash

R. O. Kwon was raised a devout Catholic by her Korean parents before becoming agnostic at 17 because, as she told The New York Times, she found it impossible to believe that non-Christians would all go to hell. She beautifully delves into the pain of lost certitude in God's grace through the character of Will Kendall in her poised debut novel The Incendiaries. The book cycles through three perspectives and flits through time to construct its haunting story.

Will became an evangelical in junior high, when his mother fell ill. “A kid evangelist, and a pain in the ass,” he describes his young self. "I traipse through town in ironed khakis, pocket Bible in tow, testifying." He aims to convert his parents, and when he succeeds in turning his mother Christian, “I thought I'd saved her life.” After stints of missionary work and semesters at a Bible college, Will loses his faith and ends up at Edwards, a tony East Coast college to which children of the rich come “with the single purpose, from what I could see, of having fun. To flaunt the privilege. In thrift-store ballgowns, they splashed through off-limits fountains. Champagne foamed like gold dissolving.”

While Will works long shifts at a restaurant, lies to convince others his family isn't poor and evades questions about his past, he meets Phoebe Lin and is immediately enchanted. Phoebe appears to be a happy-go-lucky party girl with an endless supply of friends and lovers. But she, too, is improvising young adulthood after a fervent youth. Her devotion was to the piano, with ambitions to become a concert pianist. After years of endless practice, when she couldn’t produce music she judged to be worthy of a “piano genius,” even though she regularly “left judges in tears," she stopped playing. During her turmoil over forsaking the piano, she also suffers a grave loss for which she blames herself.

R. O. Kwon beautifully delves into the pain of lost certitude in God's grace in her poised debut novel The Incendiaries.

Phoebe and Will date casually until he tells her the truth about his evangelical childhood and loss of faith, which intrigues her. She asks him what made him stop believing. “Oh, the existence of multiple religions, children starving. The problem of evil—it's how people talk about going bankrupt, right?" he says. “It's gradual, then it happens all at once.”

From then on, they are a couple, but as they become more entwined, Phoebe falls under the sway of John Leal, a former Edwards student who claims to have spent time in a North Korean gulag and leads a strict Bible study group called Jejah. Will recognizes John's conversion techniques, sees Jejah as a cult and tries to convince Phoebe that John is “a low-rent Jesus freak with Franciscan affectations.”

But she needs something to fill the God-shaped hole left behind by her losses. She explains to Will why she must try religion out: “I've thought about what St. Augustine said, that we have to beg the Lord to know Him. It wasn't until the 18th century that the church established belief as a precondition of Christian faith—if I act as though I believe, maybe I'll also experience the divine. If I don't, I'll have tried.”

A bold debut about Filipino life in America
Jenny Shank

With an informed respect that is rare in contemporary fiction, Kwon grapples with religious and romantic devotion, faith and its loss, the joy and comforts of God's love and the shadow its absence leaves behind. Her prose is precise, minimalist and filled with gorgeous sentences that arrive regularly, like pearls on a string: “Sunlit paths crossed the green, lines in a giant palm, holding students who lazed on the grass," Will observes about the campus. “It was a lost garden, but I'd been allowed in.”

The Incendiaries startles and unsettles with its insights, as its characters act to prove their beliefs to themselves and to the world, with explosive results.

This article also appeared in print, under the headline “Crises of Faith,” in the November 26, 2018, issue.

Jenny Shank’s first novel, The Ringer, won the High Plains Book Award, and her work has appeared in The Atlantic, The Guardian, The Washington Post and Image. She is on the faculty of the Mile High M.F.A. program in creative writing at Regis University in Denver.