A bold debut about Filipino life in America 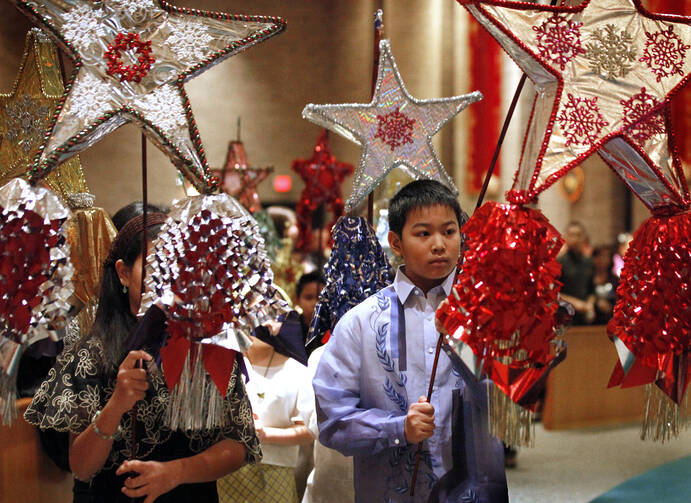 Elaine Castillo’s impressive, multifarious debut novel begins in a breathless rush, in second person, present tense: “So you’re a girl and you’re poor, but at least you’re light-skinned—that’ll save you.” And so Castillo sets the tone for what follows, a frank and immersive foray into the world of Filipino-American immigrants to the United States and all the journeys that follow.

America Is Not the Heartby Elaine Castillo

Castillo’s bold prose hustles through the early years of Paz, a girl born to a family of subsistence farmers in the Philippines. Paz is often hungry, but always striving. Admiring the gold tooth her mother paid to have installed in the smile of her “room-silencingly beautiful” older sister, Paz saves up to get one herself, but from a cut-rate dentist who does a poor job, causing Paz to lose all her teeth. “You’re starting to learn that the things you get,” Castillo writes in the opening second-person narration, “you don’t get to keep.”

Undaunted, Paz studies hard enough to attend a Catholic college and become a nurse, where she captures the attention of a playboy doctor from one of the country’s “oligarchic families whose chokehold on the country’s resources was cannibalizing its future”: Apolonio Chua De Vera, known as Pol. They eventually emigrate to America, marry and settle in the Bay Area, where one day they welcome Pol’s beloved niece, Geronima de Vera, now known as Hero. Hero has been disowned by her parents, and her badly injured hands prevent her from working.

Although it is Hero’s story that Castillo largely focuses on, Paz is the engine that makes Hero’s story possible. Paz finances the family’s life by working “her normal sixteen hour days, occasionally even work[ing] a twenty-four-hour shift.” Paz assumes the financial obligations of her extended family. She has so many burdens that she can make only the minimum payments on her credit cards—but she also enjoys the power her beneficence gives her. In her depiction of Paz, Castillo has captured one unique woman—but also the millions of Filipinas like her around the globe, emigrating to countries where their educations make for better economic prospects, supporting a host of family members who have no access to prosperity.

In her depiction of Paz, Castillo has captured one unique woman—but also the millions of Filipinas like her around the globe.

Hero is 34 years old when we first meet her. She arrives in California in 1990, trying to start over. The novel gradually delves into her past, through shards of memory that break into her daily life the way PTSD flashbacks intrude on a sufferer’s brain, but she remains something of a cipher. She is quiet and keeps to herself and is still in a fragile state as the book opens. We learn that Hero grew up in the rich De Vera family, wanting to become a doctor. Instead, she dropped out of medical school and, entranced by a charismatic leader of the communist rebel group New People’s Army, joined that cause as a field doctor. Hero can no longer practice medicine because she was captured and torturers broke her thumbs. She escaped only when they learned she belonged to a powerful family.

Hero’s psyche, toughened by these brutal experiences, is revealed by her reflections on an El Greco painting she had studied in Catholic school:

The teacher said the name of the painting was El Salvador del Mundo. But in no painting had Hero ever seen anyone look less like a savior of the world. The expression of Jesus in the painting was one of grievous humility and reticence. His face was hollow-cheeked and wan, and in his gaze was the inconsolable calm of someone who had long ago reconciled himself to the knowledge that the world was totally unsavable.

For years, Hero thought that the title was meant to be ironic. But only in California did Hero remember the painting again and finally realize what she hadn’t been able to know, back then, what the face in the El Greco painting actually looked like. It just looked like an adult. Someone who’d once been a kid, and wasn't one anymore.

Despite Hero’s unconventional background and hard-bitten outlook, in California she settles into a calm, anonymous life as a nanny, driving Pol and Paz’s scrappy daughter Roni to school and taking care of her while Paz works all those long hours. When Roni’s eczema flares and Western medicine fails to help, Paz sends Hero and Roni to visit a faith healer who operates out of the Filipino restaurant she and her husband own. Hanging out at the restaurant, Hero is welcomed into the vibrant community of Bay Area Filipinos.

America Is Not the Heart celebrates this down-home culture, in which plates of leftover pancit (noodles) are pressed upon guests as they leave any gathering, music-obsessed young men dream of qualifying for the DMC World DJ championships, Virgin Mary candles burn on home altars to departed family members, and communities throw Santacruzan pageants, the ritual processions that end Flores de Mayo, a festival held to honor the Virgin Mary in May. Catholicism is the cultural backdrop, although many of Castillo’s characters barely pay attention to their religion except at times of ritual and ceremony.

Castillo writes with swagger, tossing off references to Filipino culture, history and politics without much explanation. She immerses the reader in the swirl of connection, community and obligation that is part of the Filipino family experience. The title of the novel refers to a touchstone of Filipino-American literature, the 1946 semi-autobiographical novel America Is in the Heart, by Carlos Bulosan. Bulosan’s immigration to America and his years as a migrant and laborer during the Great Depression inspired the story. I’m embarrassed to admit I did not know of Bulosan’s book until I read Castillo’s. The verve of her novel and her pride in Filipino-American culture suggest that of course everyone should know about Bulosan’s book. One reader wrote in a review of Castillo’s novel on Amazon, “I have never encountered a book with so many words that are neither translated nor make sense in context.”

America Is Not the Heart plunges readers into the deep end of the Filipino-American experience.

This is certainly part of Castillo’s point. She includes dialogue—that isn’t italicized or demarcated by quotation marks—in a variety of languages, including Tagalog, Pangasinan and Ilocano. Characters, each conversant in English and a variety of other languages, don’t even know all the dialects that are used in their presence. America Is Not the Heart also introduces an abundance of characters, many of whom have several nicknames. What’s more, it is clear Castillo is confident enough in the decisions she made for her art that she is comfortable with the reader’s potential discomfort.

There is much that many Americans do not know about the Philippines, a country the United States ruled for nearly half a century and whose immigrants comprise the second-largest Asian population in the United States. And there are countless ways we overlook the contributions of these people who keep many of our hospitals, schools and restaurants running. America Is Not the Heart plunges readers into the deep end of the Filipino-American experience. Keep up, Castillo’s rich novel seems to suggest. Pay attention. Maybe you could learn something.

This article also appeared in print, under the headline “A bold debut about Filipino life in America,” in the August 6, 2018, issue.

Jenny Shank’s first novel, The Ringer, won the High Plains Book Award, and her work has appeared in The Atlantic, The Guardian, The Washington Post and Image.  She is on the faculty of the Mile High M.F.A. in creative writing at Regis University in Denver.