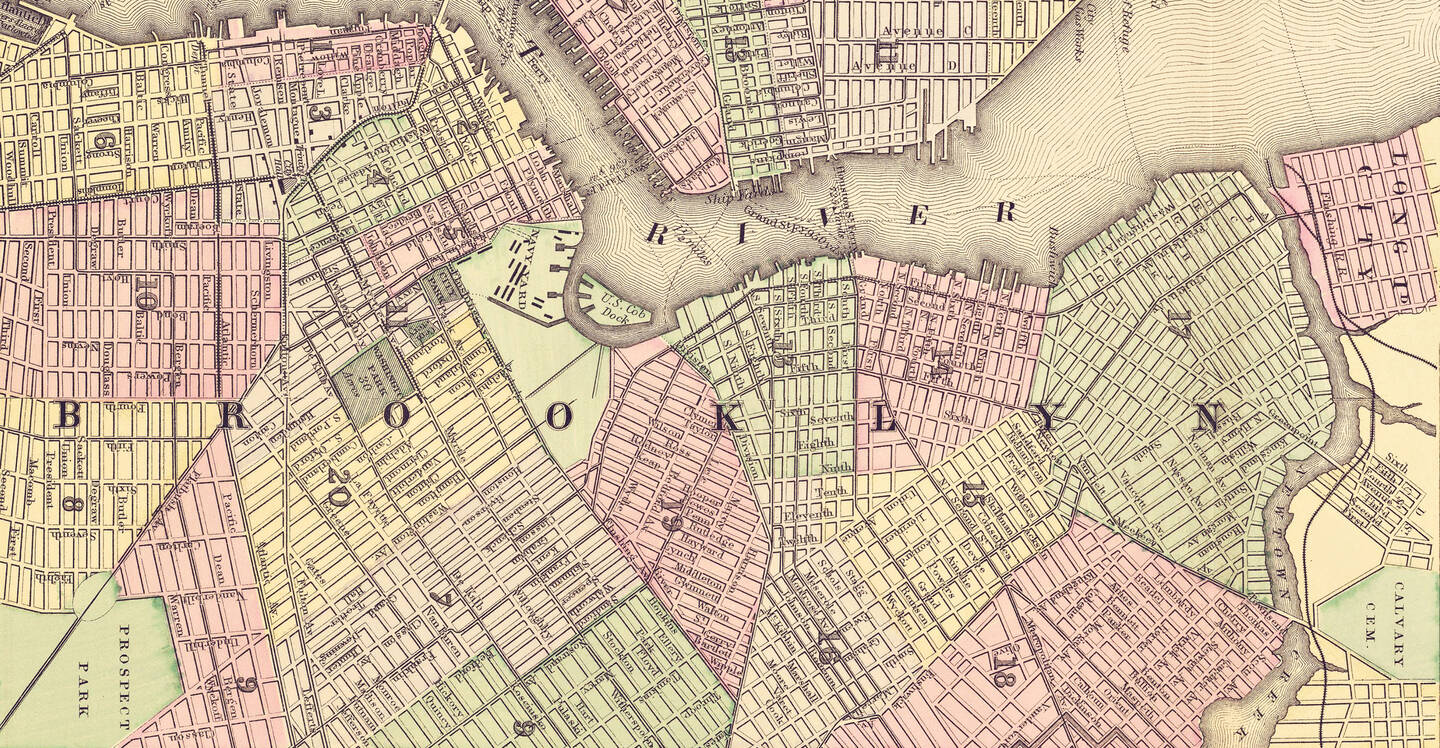 Editor’s note: Alice McDermott’s novel The Ninth Hour is the Catholic Book Club selection for the first quarter of 2018. You can learn how to join the conversation here.

This summer's blockbuster movie “Wonder Woman” featured a society of Amazon women on a secluded island, relentlessly training, each of them strong, competent, uniformed and tidy, each gifted with uncanny knowledge of what to do in any situation that arises in combat. The Ninth Hour, Alice McDermott’s absorbing new novel, also focuses on a community of female superheroes: the Little Nursing Sisters of the Sick Poor in Brooklyn, N.Y., in the early 20th century. These sisters swoop into fraught situations in their Irish Catholic neighborhood with such assurance and competence that at times they seem mythic, although as always, McDermott’s apt details render each of her characters distinct and human. The battles the sisters fight are not against armed foes but against mortal sin and the collateral wreckage that it causes.

Alice McDermott is perhaps today’s pre-eminent American Catholic novelist, with three novels named as finalists for the Pulitzer Prize and one awarded the National Book Award (Charming Billy). Many of her eight novels feature the Brooklyn Irish Catholic community that she grew up in, but in none is it so thoroughly embedded as The Ninth Hour, which begins when a nun steps in to assist in the aftermath of a suicide and follows the consequences of that day for decades.

On a bleak February afternoon, Jim, a melancholy young man, takes his own life. His wife, Annie, is out shopping when he barricades the door with furniture, stops the gaps under the doors, turns the gas oven on and lies down on his bed. Jim has just lost his job as a trainman for the Brotherhood of Railroad Trainmen, the nation’s largest union of railroad workers, because he “liked to refuse time,” often showing up to work an hour or two late to prove that his time “belonged to himself alone.”

At 6 p.m., Sister St. Saviour, tired at the end of a long day of alms-begging, encounters the scene. A neighbor had lit a match to illuminate the hallway outside Jim and Annie’s apartment, causing an explosion. The firemen, policemen and neighbors are relieved to see Sister St. Savior and instantly cede to her the care of the devastated Annie. From the way the policemen defer to Sister St. Savior, gesturing that Annie is “right in here,” it is clear that the nuns run this section of Brooklyn.

The sisters clean up after disasters, nurse the sick, keep track of the children, widows, widowers and disabled and offer psychological counsel in the form of spiritual advice. Everyone else is more than glad to turn these duties over to them. As one neighborhood woman reflects: “The priests were pampered momma’s boys compared to these holy women.... ‘Princes of the Church,’ my eye.... Spoiled children they are. It’s the nuns who keep things running."

Sister St. Savior assesses the situation with a practiced eye and learns that Annie is pregnant and has no relatives in the area. She secures Annie a job as an assistant to the convent’s laundress, the exacting Sister Illuminata, who makes a ceremony out of doing laundry: “She thumped the black iron against the wooden board, thumped and lifted and thumped and shook—the steam rising—as if each piece she pressed involved some feat of determination and strength, a mortal struggle.” There, amid the bleach and starch, Annie’s daughter Sally grows up, so taken with the nuns who raise her that she eventually pursues a vocation.

For these sisters, part of determining the state of the souls living in a house is to assess the house itself. The nuns open every drawer, inspect the level of every liquor bottle, strip the sheets off the beds to reveal the stains and judge how clean and kempt the rooms and children are.

The sisters’ attentive watchfulness extends to the streets of their neighborhood, where the formidable Sister Lucy bluntly interrogates a pregnant woman with a baby, asking, “Is your husband good to you?” In many times and places, a woman whose husband was not good to her would have no recourse, but here in this section of Brooklyn, Sister Lucy instructs, “You come to see me, if ever he’s not good to you.” After they part, Sister Lucy reflects: “If he was good to her, he might let her catch her breath before starting another child.... He might think of her health instead of his pleasure.” McDermott writes, “All joy was thin ice to Sister Lucy.”

In The Ninth Hour, the sisters, like any proper band of superheroes, spend their days seeking justice—but justice of a particularly Catholic sort.

McDermott is considered a Catholic novelist not only because many of her characters practice this religion but also because the themes of Catholicism often provide the drama of her plots. In The Ninth Hour, the sisters, like any proper band of superheroes, spend their days seeking justice—but justice of a particularly Catholic sort. They strive to balance the scales, making up for the sins of others through atonement and good works. If a poor, pregnant woman’s husband wrongs her by killing himself, well, provide her a job and a place for her child to stay. If your beloved mother turns out to be a sinner, as Sally learns hers is when she is a young adult, well, as one sister suggests: “You could simply do some good in your mother’s name. Until your mother’s ready to do something for herself.”

Even McDermott’s subplots illustrate this quest for cosmic balance. The grandfather of Sally’s eventual husband is a wealthy man who paid another man to serve in his place in the Civil War. When this replacement soldier ends up wounded and disabled, the family takes him in and the grandfather’s sister spends her life caring for him.

While Superman might set the balance of the world right by spinning the globe backward on its axis to reverse time, the sisters try to perform much the same magic through their mortal powers—mending, cleaning, cajoling, matchmaking and prying into people’s business, actions that often have a similar reparative effect and the benefit of being discreet. “All things mortal bend toward ruin” one sister explains about her efforts, “which means toward pain, toward suffering.”

The action of The Ninth Hour centers around several characters’ attempts to right wrongs, but McDermott is too skilled a narrative tactician to rely on a simplistic version of the Catholic redemption plot. Instead, McDermott makes an intriguing choice, introducing at the end of the first chapter a paragraph of first-person-plural narration from the future, reflecting on this story from the past. This “we” narrator turns out to be Sally’s kids and provides a modern gloss on the battle between good and evil from the nuns’ perspectives. Children, McDermott suggests, are the only people whom a story of simple tit-for-tat punishment, atonement and redemption will please. “We sat back...satisfied, as children will be, at any tale that is resolved with the restoration of order.” This future perspective complicates the nuns’ ideas of order and at times invites the reader to question the harshness of their rules in the face of actions that qualify as sins but that are doing the people committing them some good while harming no one.

The grave stakes that the sisters live by—that sin could lead to eternal damnation—lends every daily decision great drama. Even the contemporary narrators, who do not share all of the sisters’ beliefs, are astonished by their sacrifices in the light of their staunch faith. “We marveled to think of it: how much went unspoken in those days. How much they believed was at stake.”

Alice McDermott has once again delivered a novel to ponder and cherish, from its moral quandaries down to its wry humor and hypnotic prose.

This article also appeared in print, under the headline “In the old neighborhoods of Brooklyn, Sister Knows Best,” in the September 18, 2017, issue.

Jenny Shank's first novel, The Ringer, won the High Plains Book Award, and her work has appeared in The Atlantic, The Guardian, The Washington Post and Image.  She is on the faculty of the Mile High M.F.A. in creative writing at Regis University in Denver.