The director who defined classic Hollywood 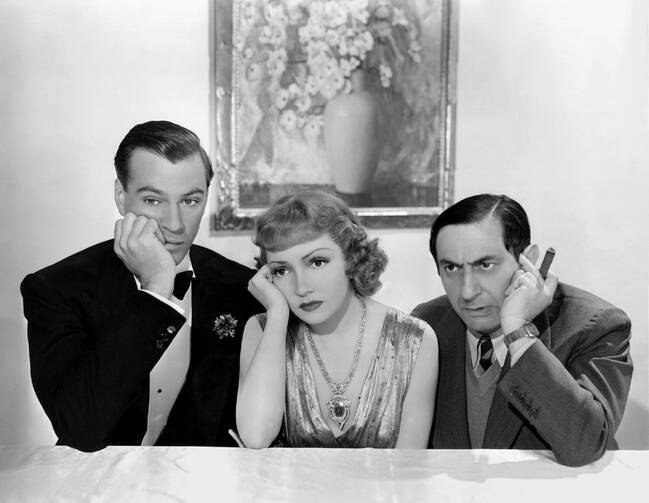 Some of the best book titles are calculated to pique one’s curiosity (Do Androids Dream of Electric Sheep?), while others tell you everything you need to know (Are You There, Vodka? It’s Me, Chelsea). Each enjoys its own kind of commercial advantage.

But a title like How Did Lubitsch Do It? is like throwing down a gauntlet: You don’t get it? Perhaps, then, this really isn’t the book for you.

How Did Lubitsch Do It?by Joseph McBride

Of course, maybe it really is, especially if you arrive at the doors of Joseph McBride’s latest equipped with enough nerd-worthy knowledge of classic Hollywood: knowing, for instance, that Billy Wilder—the great émigré director of “Sunset Boulevard” and “The Apartment”—kept a sign in his office that asked, “How would Lubitsch do it?” Or knowing that “the Lubitsch Touch” was ’30s Hollywood shorthand for sophisticated comedy that recognized human foible, and human sensuality, without violating the production code of a faux-puritanical film industry. Or that Ernst Lubitsch—gnomish Jew, perpetual outsider, genius—created an unparalleled body of work not just because of Hollywood, but often in spite of it.

McBride, a renowned critic, historian and author (of books on John Ford, Frank Capra and Orson Welles, among others), is not exactly a prose stylist, though there is something Proustian about him. Everything is explained, every rabbit hole is excavated; virtually every film given what in some other book would be a casual mention is examined here in Talmudic detail. If you think, “I wish I knew more about that” about a movie or star, read on; you will. (His treatment of Mary Pickford’s possible anti-Semitic loathing of Lubitsch, and their collaboration on 1923’s “Rosita,” is a good example of exhaustive exploration.) But he also makes us believe Lubitsch deserves it, as do his evergreen films.

Lubitsch’s career, and his 70-odd movies as a director—which included such bona fide masterpieces as “Trouble in Paradise” (1932), “To Be or Not to Be” (1942), “The Shop Around the Corner” (1940) and the unparalleled “Ninotchka” (1939)—began, as so many early Hollywood bios do, in Europe. Contrary to what seems a popular assumption, the German-born Lubitsch did not flee Hitler, as did his protégé, Wilder, and so many of the other filmmakers and performers who populated Hollywood films of the ’30s and ’40s. (Virtually the entire cast of “Casablanca,” for instance, that exemplar of American moviedom, was European save for Humphrey Bogart and Dooley “Sam” Wilson.) For Lubitsch, America was a career move.

Lubitsch’s career, and his 70-odd movies as a director began, as so many early Hollywood bios do, in Europe.

In Germany, he was a renowned and prolific director of silents, a key figure in Weimar culture whom McBride assesses as having avoided politics at a time of social upheaval, though there are hints of the satire to come. (The first film Lubitsch directed, “Miss Soapsuds” in 1914, is lost, but McBride wonders what kinship a Lubitsch film set at the outbreak of World War I might have had with “To Be or Not to Be,” set at the outbreak of World War II.) McBride quotes another critic, the late Andrew Sarris, in evaluating the Lubitsch perspective: “We shall never see his like again because the world he celebrated had died…everywhere except in his own memory.” Readers familiar with “The Shop Around the Corner,” starring James Stewart and Margaret Sullavan, will recall that the film is set in a quaint, storybook version of Budapest. It would have been considerably less charming set outside its immediate confines, a studio in the middle of 1940s Los Angeles.

Lubitsch’s films and his success were products of what McBride (quoting Jean Renoir) calls the “Berlin style,” something the director shared with the even more audacious Wilder. To McBride the term means “a modernistic knowingness, a brash irreverence, a fast-paced cockiness, and a skeptical if not cynical contempt for conventional morality and authority.” As McBride also notes, Lubitsch’s censors “complained that they knew what Lubitsch was saying, but they couldn’t figure out how he was saying it.”

Lubitsch’s censors “complained that they knew what Lubitsch was saying, but they couldn’t figure out how he was saying it.”

In How Did Lubitsch Do It? McBride not only catalogs the qualities and virtues of his subject’s work, but he keeps the promise of his title and explains exactly what he means—what Lubitsch did and how he did it. This is evident even during the book’s lengthy introduction—which could all by itself serve as a kind of Cliffs Notes for film students finding themselves in a class on Lubitsch. In it, McBride breaks down examples and elements of the Lubitsch Touch. Among them:

In 1934’s “The Merry Widow,” Maurice Chevalier (a Lubitsch regular early on, and a co-star in his musicals with Jeannette MacDonald) plays a handsome young count standing guard outside a young queen’s bedchamber. After the portly king exits, Chevalier puts his sword in his belt and goes to see the queen. The king, having forgotten his own belt, returns to the bedchamber and exits with a belt—but wonders why it no longer fits around his middle. Thinking, very slowly, the king finally realizes what’s up and returns to confront the man who has cuckolded him.

In “The Smiling Lieutenant” (1931), Chevalier and Claudette Colbert are sharing breakfast after their first night together. As per Wilder: “Regard how they are sucking their coffee and how they are biting their toast; this leaves no doubt in anybody’s mind that other appetites have been satisfied. In those days the butter was on the toast…but there was more eroticism in one such breakfast scene than in all of ‘Last Tango in Paris.’”

“There was more eroticism in one such breakfast scene than in all of ‘Last Tango in Paris.’”

It probably goes without saying that the Lubitsch gift for innuendo required for its full flowering a society, and a system, that possessed something less than open-mindedness about either human sexuality or the subtler (or baser) conflicts of the human heart. But Lubitsch would have made wonderful movies regardless, which one sees in “Ninotchka,” a film more about sexual politics—and politics—than about sex.

Released in 1939—and one of the reasons that year is cited as Hollywood’s greatest—“Ninotchka” is about the unlikely romance between a gigolo named Leon (Melvyn Douglas) and the devoted Communist Party apparatchik of the title (Greta Garbo). She has been dispatched from Moscow to Paris to negotiate the recovery of diamonds seized during the Revolution, taking over from a trio of comic Communists (Alexander Granach, Felix Bressart and Sig Ruman), who become progressively drunk on Western decadence the longer they stay in France. Instead, the diamonds are legally enjoined by the White Russian countess (Ina Claire) from whom they were seized, and who is also keeping Leon.

“Ninotchka benefits from three kinds of barriers to romance,” McBride writes: the obvious political differences between Ninotchka and Leon; her complete indifference to romance while “wooing women is Leon’s stock-in-trade”; and Leon’s blithe, wry nonchalance contrasted with Ninotchka’s utter lack of humor. “You are something we do not have in Russia,” the deadpan Ninotchka tells the glibly corrupt Leon. “That is why I believe in the future of my country.”

She gets over it, and the script, co-written by Wilder, is full of such devastatingly funny lines, some of which carry a bit of a chill. (“The last mass trials were a great success,” Ninotchka reports to her comrades. “There are going to be fewer but better Russians.”) That is no surprise. Life often leached into Lubitsch’s art. Though born in Berlin, he was the son of an émigré Russian Jew, and thus was classified as a Russian citizen. The German citizenship granted him after World War I was rescinded by the Nazis, who turned his likeness into an anti-Semitic symbol in the propaganda film “The Eternal Jew.”

By 1936 he was an American citizen, but he was ever vigilant: “To Be or Not to Be” is a scathing attack on fascism and Hitler, and one can’t help wondering—especially thanks to what one reviewer has called Mr. McBride’s “love letter”—what Lubitsch would be doing now, and how he would see our world.

This article also appeared in print, under the headline “The director who defined classic Hollywood,” in the September 17, 2018, issue.