Is it time to pledge farewell to fraternities?

Is it time to pledge farewell to fraternities? 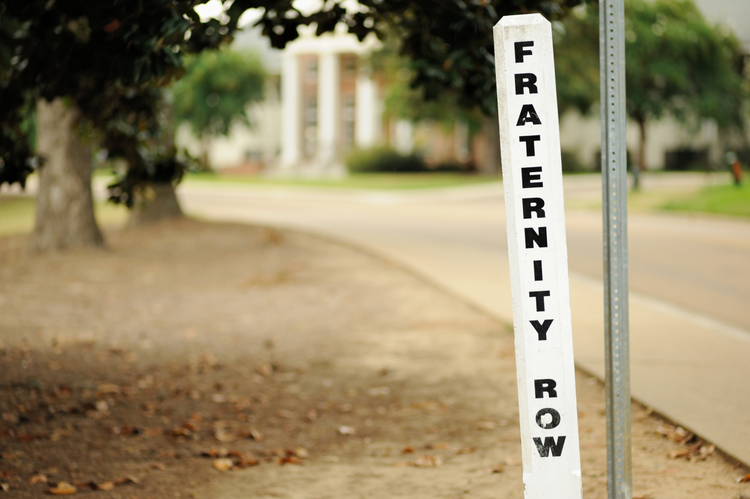 Greek-letter organizations are in many ways synonymous with the U.S. “college experience,” and collegiate fraternities have always promoted themselves with an emphasis on high ideals, including leadership, philanthropy and development of character. At the same time, fraternities regularly come to public attention for racism, hazing or dangerous alcohol use. Focusing on one fraternity, Sigma Alpha Epsilon, in True Gentlemen: The Broken Pledge of America’s Fraternities, John Hechinger offers a deeper look at the problems associated with fraternities. The reality that he finds contradicts the rhetoric of high ideals.

For S.A.E., these ideals are expressed by the “True Gentleman” creed. Written in 1899, it notes that “The True Gentleman is the man whose conduct proceeds from good will and an acute sense of propriety.” He is self-controlled, does not elevate himself above others, is not boastful, is honest, is considerate of others and is “a man with whom honor is sacred and virtue safe.”

Even among fraternities, however, S.A.E. has a particularly troubled reputation for dangerously high levels of alcohol use and abuse, sexual assault, hazing and racism. Proponents of fraternities argue that these negative tropes are just stereotypes, but Hechinger argues these problems have deep roots in fraternities and have become their defining features in many ways. Statistics demonstrate that members of fraternities are the heaviest drinkers on college campuses, leading yearly to numerous alcohol-related deaths. Some of these deaths or other injuries are related to hazing, which is reported by 75 percent of members of Greek life.

Statistics demonstrate that members of fraternities are the heaviest drinkers on college campuses, leading yearly to numerous alcohol-related deaths.

Fraternity parties also prove to be an unsafe environment for college women: Women in sororities, who typically mix more often than other students with men in fraternities, are three times more likely to experience sexual assault than other college women. Finally, historically white fraternities like S.A.E. often manifest racist attitudes and policies, creating environments where racist slurs and discrimination not only happen but go unchallenged.

All of these features of fraternity life are compounded by a culture of apathy and of extreme loyalty and protection that prohibits meaningful responses. Two examples from Hechinger: When a woman was raped in an S.A.E. house at Loyola Marymount University, nobody at the party helped her or called the police; when the S.A.E. chapter at the University of Oklahoma sang “There will never be a n----r in S.A.E.” and made lynching jokes, no member intervened. And, in the face of disciplinary actions from universities or even police investigations into the rape and death of a student, members often do not cooperate. Rather, they seek to maintain the existence of the fraternity on campus above all else.

In the face of disciplinary actions from universities or even police investigations into the rape and death of a student, fraternity members often do not cooperate. Rather, they seek to maintain the existence of the fraternity on campus above all else.

In light of the positive role that fraternity membership has had for many, Hechinger suggests that a return to the ideals of the “True Gentleman” creed may be what can ultimately redeem S.A.E. and allow it to continue, particularly in light of some recent successes. What he does not question, however, is how successful such an embrace of the creed can actually be, given that it is, itself, an artifact of the same racist and sexist values that still manifest themselves. Hechinger convincingly presents the deeply rooted systemic racism and failure to recognize women as persons on the part of fraternities like S.A.E. However, it is naïve to assume that a return to the roots of the fraternity’s supposedly pure ideals will affect the change that Hechinger is hopeful can happen.

Keep on blogging! It’s getting through the tough times that make you stronger and then the good times will follow, keep writing about your experiences and we should all pull together.
visit here