Please stop blaming millennials for the economy you created. 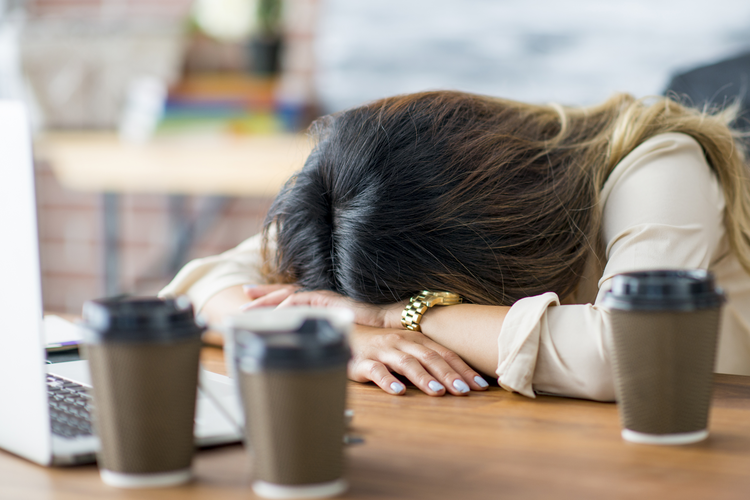 “The last condition of that person is worse than the first. Thus it will be with this evil generation." — Mt 12:45

Nothing is so timeless as complaining about the next generation. Even Jesus couldn’t resist. Yet rarely do these complaints illuminate anything useful or unique about a given age cohort.

Today, grumblings about “the youths” will often correctly identify a (mostly) real age-specific characteristic but fail to locate the cause. They usually go like this:

Millennials are crushed when they get a bad grade? It’s because those snowflakes were given too many participation trophies! Not because their parents and teachers and parole officers told them they would never get a job if they didn’t pass pre-algebra. Millennials are more depressed and anxious than any generation in history? It’s the smartphones, social media and safe spaces! Not an economy that pits them against each other for fewer jobs that pay less than their parents’ did. Millennials are shilling their cars as Ubers and homes as Airbnbs? It’s because they’re so tech-savvy! Not because they need to monetize every waking moment of their lives to pay rent.

I remember taping a quote on the wall above my bed sometime in junior high. It was a quip that a coach had said to me at some point: “Every day you either get better or you get worse. You never stay the same.”

That sums up the mandate my generation was and still is given. Be all you can, because if you don’t, you will not get a good job and you will not be able to support yourself or a family. Worse, with schools increasingly staffed with police officers, schoolyard scuffles that previously would have earned you a detention now could land you in prison. During childhood it was “study harder, volunteer more.” Today the message is “take more steps (your Fitbit is counting!)” and “be more productive with these time-management apps (your boss is counting!)”

Snapshot of Millennial Views
From AP, CNS, RNS, Staff and other sources

A Boomer's Mea Culpa to the Class of 2013
Bill McGarvey

Malcolm Harris (born 1988) has painstakingly sought to describe the world that produced his generation. The result, Kids These Days: Human Capital and the Making of Millennials, is a highly readable work of economics and sociology that refuses the gimmicks of Freakonomics and the self-referential name-dropping common in the academy.

“By every metric,” Harris writes, “this generation is the most educated in American history, yet millennials are worse off economically than their parents, grandparents, and even great-grandparents.” Not only that, they are entering the workforce as the most productive laborers in history, yet the gap between productivity and wage gains has never been larger.

An established journalist and critic with bylines in The New Inquiry, The New Republic and New York magazine, Harris also has a history of activism. Harris had his tweets subpoenaed in court in order to convict him of disorderly conduct during the Occupy Wall Street protests.

In Kids These Days, Harris divides his analysis into what he believes are the institutions that most influence the development of children and young adults: school, university, the workforce, the internet and the media.

A common theme throughout Kids These Days is the onerous burden placed on millennials in the form of job training: from endless hours of homework (three times as much as past generations) to thousands of dollars in student loans (from which the government takes in more profit than Exxon) to the unpaid internships that some college programs require to graduate.

For millennials, Harris notes, growing up is “spent investing in your own potential and being managed like a risk.”

Snapshot of Millennial Views
From AP, CNS, RNS, Staff and other sources

A Boomer's Mea Culpa to the Class of 2013
Bill McGarvey

One of the limitations of Harris’s book is that it is exhausting. This is less a comment on the author’s prose than it is on the state of the world that millennials exist in. After discovering that “being under 35 is now correlated with poverty wages,” one might think it could not get any worse. But then Harris adds that “the average American child in the 1980s reported more anxiety than child psychiatric patients in the 1950s.” The only thing left to do is wipe your tears on the ribbon of your participation medal, walk to the smart toaster in your tiny home and whip up another avocado toast.

Harris, a self-identified communist, is proud to carry the specter of Karl Marx, who once called for a “ruthless criticism of all that exists, ruthless both in the sense of not being afraid of the results it arrives at and in the sense of being just as little afraid of conflict with the powers that be.”

Harris observes the world soberly and refuses to end his book with naïve platitudes that things will get better. They are likely to get worse. Millennials are faced with the choice, as Harris puts it, to “continue the trends we’ve been given and enact the bad future, or refuse it and cut the knot of trend lines that defines our collectivity.” Harris adds: “We become fascists or revolutionaries, one or the other.”

Many see in the election of President Trump evidence that fascism is on the rise in the United States. The question remains open if someone or some event will come along to inspire a tired, overworked and over-medicated generation to create a new world out of the dystopian algorithms our Silicon Valley overlords have given us.